Goodwill Ambassadors are influential persons in various fields who help promote UNITAR’s activities. These individuals are at the top of their field – from the sports, arts, sciences, and entertainment industries. They use their talent and platform to spread awareness of UNITAR’s programmes through the events and projects they participate in.

Goodwill Ambassadors also advocate for the SDGs and mobilize support for social, economic, and environmental sustainability. Through the partnership with UNITAR, Ambassadors strive to use their influence to make the planet a better place for all people. 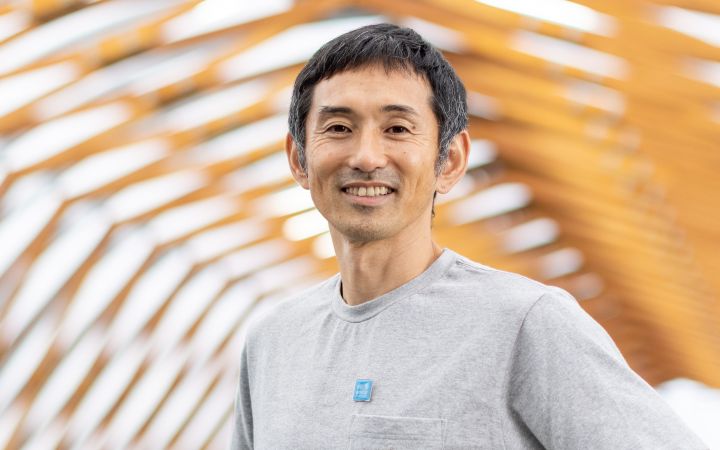 Dai Tamesue, a two-time bronze medallist in the 400m hurdles at the World Championships, was appointed UNITAR Goodwill Ambassador in July 2021.

He is the first Japanese athlete to win a medal at the World Athletics Championship. He began running professionally in 2003 and has represented Japan at the Sydney (2000), Athens (2004), and Beijing (2008) Olympic games. Having retired from competitive athletics in 2012 after 25 years, he still holds the Japanese record for the men’s 400m hurdles, as of May 2021.

Mr. Tamesue is originally from Hiroshima City, Japan, and is a third-generation hibakusha (atomic-bomb survivor). Since retiring in 2012, he has dedicated himself to assisting athletes as CEO of Deportare Partners, an organization that runs workshops to raise interest and awareness in track and field. Mr. Tamesue is also director of the barrier-free facility Shin-Toyosu Brillia Running Stadium and supports para-sports with the vision that anyone should be able to enjoy doing the sports they love.

After the 2011 Great East Japan Earthquake and Tsunami, he called on other athletes to form “Team Japan” and collected donations for survivors. The initiative raised over 30 million yen in the first month, according to Shikoku News.

In 2015, Mr. Tamesue was appointed Goodwill Ambassador to the Bhutan Olympic Committee, working to equip Bhutanese athletes to compete in world-class competitive sports. He continues to support countries with limited access to international-level coaches to increase their Olympic competitiveness.

“Sports have a power to unite people, surpassing national and cultural distinctions,” says Mr. Tamesue. “I resonate with UNITAR’s work and want to contribute to world peace through sports.”

As Goodwill Ambassador, he will be participating in a video series on the SDG pillars and an online dialogue with Hiroshima youth on 6 August 2021.

Mr. Tamesue’s collaboration with UNITAR began in March 2021, when he appeared as a panelist in an online forum with UNITAR Executive Director Mr. Nikhil Seth and youth in Hiroshima. The event was co-hosted by Hiroshima TV.

“Peace is not a concrete thing that we simply achieve. It’s the process of all of us having conversations, even if we disagree at times, and finding creative ways to work together,” says Mr. Tamesue.

His domestic prominence, international experience as an athlete, and work for the betterment of others aligns him with the ideals and mandate of the United Nations. UNITAR is looking forward to working together with Mr. Tamesue to use the power of sports to promote peace and mutual understanding. 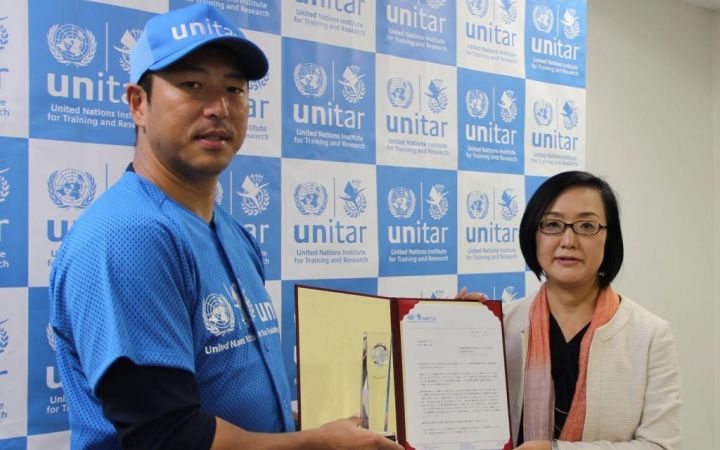 Mr. Kuroda began his professional career in Japan with the Hiroshima Toyo Carp Baseball Team (1997–2007). He also won a bronze medal at the 2004 Athens Summer Olympics as a member of the Japanese national baseball team.

Mr. Kuroda played in the US Major League Baseball for the Los Angeles Dodgers (2008–2011) and the New York Yankees (2012–2014) before electing to return to Hiroshima to finish his career with the Hiroshima Toyo Carp. His decision to return home was received warmly by the Hiroshima community.

The Hiroshima Toyo Carp Baseball Team is closely associated with the post-war reconstruction of Hiroshima: the team was inaugurated in 1950, just five years after the atomic bombing, and its rise is synonymous with the city’s recovery and growth. UNITAR joined Hiroshima Toyo Carp in 2015 to celebrate the International Day of Peace. The special collaboration raised local awareness of how we are taking Hiroshima’s message of hope, resilience, and post-conflict reconstruction to the world.

Mr. Kuroda’s international experience and exposure as well as a local prominence connects to the themes espoused by the United Nations and UNITAR Hiroshima Office.

“I am very blessed to be able to grow up in a peaceful city like Hiroshima, and I want to contribute to the effort of expanding world peace by educating others on the importance of maintaining peace,” Mr. Kuroda said.