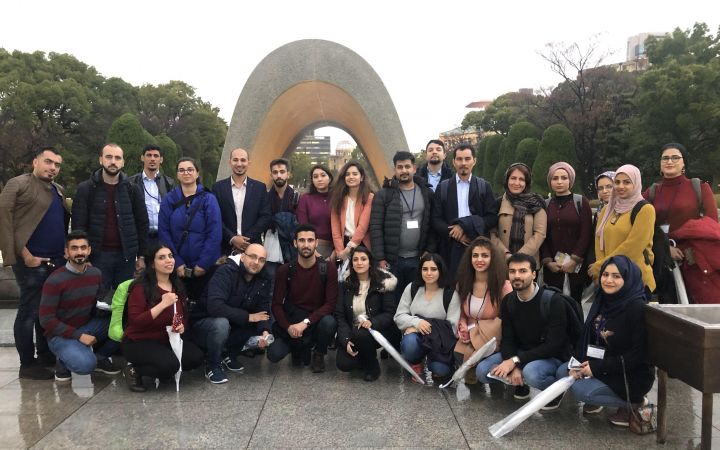 Hayder with participants in Hiroshima, Japan

22 October 2021, Hiroshima, Japan - What can a person do in the face of life’s adversities? Accept fate or be resilient and not lose hope? Hayder chose hope. Driven to promote innovative ideas to help others, the UNITAR training alumnus started an NGO and a startup to support youth development, became a coach for UNITAR, and now manages UNITAR digital/frontier technologies programmes, including the upcoming "Leading Inclusive 4IR: Empowering Women in Iraq for the Future of Work through Digital Reskilling" course.

Born in Baghdad, Iraq, Hayder has never seen his country at peace. The violence tore into his family too: his elder brother was killed in a terrorist attack in 2005. Rather than give in to despair, however, Hayder focused on the future.

He enrolled in university, completed his bachelor’s and master’s degrees in computer science, and became a lecturer at the University of Technology, Baghdad, as well as head of the IT Help Desk Section at Earthlink Telecommunications.

But Hayder was troubled by the lack of innovation and “new ideas that could help the community and economic system development.” He wanted to change what he saw was holding Iraq back. 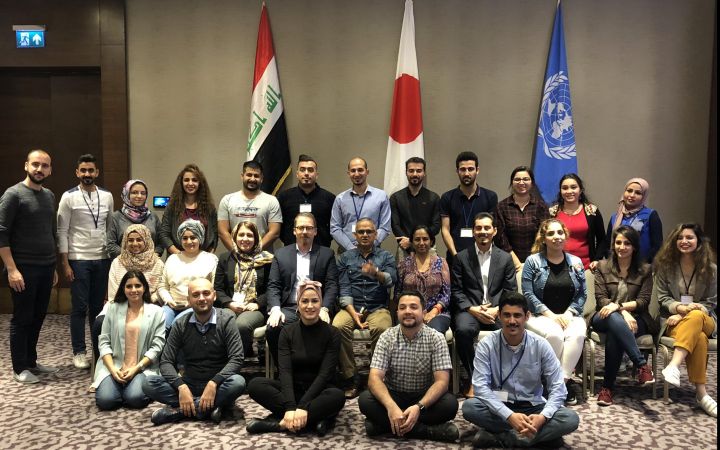 After the programme, in 2019, Hayder co-founded Golden Hands, an NGO that supports sustainable development and youth. Since its establishment, Golden Hands has held training sessions on innovation and business development and organized events in Baghdad with international NGOs.

Hayder also set up Code Café, an incubator for entrepreneurs in information communications technology. Work on the startup is on hold until Iraq can begin its post-pandemic recovery, but Hayder hopes to make Code Café a success by supporting resilient Iraqi youth with their entrepreneurial journeys.

Becoming a successful entrepreneur has always been one of Hayder’s dreams. “I found that the principles of entrepreneurship align with my ambition [to innovate],” he says. “It’s a good thing to lead change and start a new trend that could help you and others.” 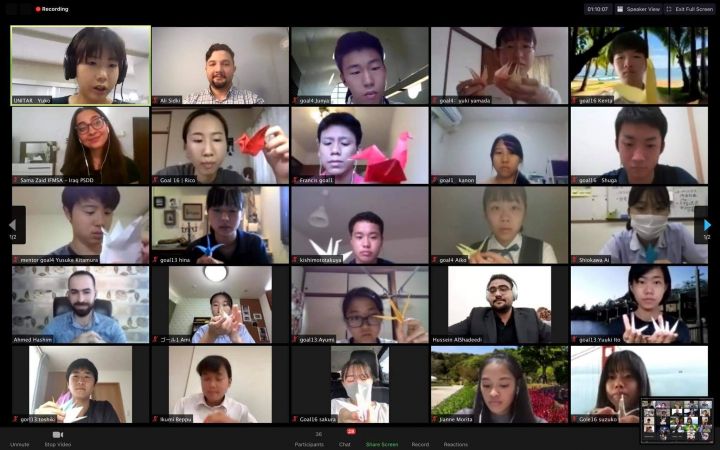 Hayder believes that training of trainers and coaches is key to creating a sustainable learning environment for young people. Great teachers will guide students to achieve their goals.

Hayder himself is a prime example of what training of trainers can achieve. In 2019, he was invited to return as a coach for two UNITAR programmes on social entrepreneurship, youth leadership, and frontier technologies for sustainable development. He then became a lead country coach for UNITAR Hiroshima Fundamentals of Entrepreneurship and Innovation, where he guided, led, and trained a team of coaches and trainers.

Hayder’s training and experience will be further put to use in supporting young entrepreneurs through his Code Café startup.

In 2021 Hayder joined the Division for Prosperity team to run the digital/frontier technologies programme. Hayder sees his new role as “a challenge to prove to myself that I can benefit the people involved in the programme with my knowledge, skills and experience.”

He is now preparing the Leading Inclusive 4IR: Empowering Women in Iraq for the Future of Work through Digital Reskilling course. The six-week online programme will train young women in Iraq to help them to transform their entrepreneurial ideas into digital products that empower others and address critical issues in their communities. The programme starts on 15 November 2021. Applications are being accepted up until 10 November 2021.

“Entrepreneurial Skills Are Essential for Development”

Hayder believes entrepreneurship training is essential for the development of individuals and society. He notes that skills like time-management, business management, project management, and marketing analytics, as well as soft skills in communication, leadership and team building, are hard to gain through traditional education.

“UNITAR programmes are unique in that they combine everything individuals need to become self-reliant entrepreneurs ready to impact society,” he says.

Hayder sees his achievements as part of a journey where he has a lot more to accomplish.

The trust I developed in myself through UNITAR programmes – I could not have gained it from anywhere else. It is not just a learning journey; it is a cultural journey, an experiential journey, a life-changing journey.

To Apply to Leading Inclusive 4IR: Empowering Women in Iraq

You can apply to Leading Inclusive 4IR: Empowering Women in Iraq for the Future of Work through Digital Reskilling here: