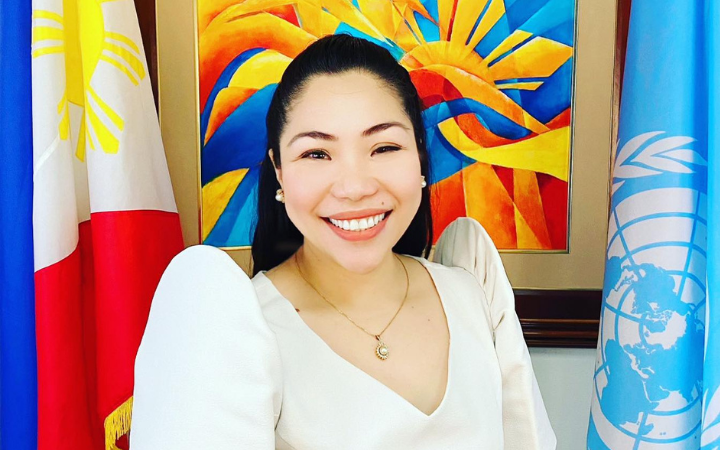 First Committee Expert Diane Lipana, Third Secretary of the Permanent Mission of the Philippines to the United Nations in New York

June 2022, Hiroshima, Japan – The Philippines has been committed to and takes pride in its agreement to nuclear disarmament and non-proliferation. The Philippines does not own nor possess and is not in control of nuclear weapon despite its maritime vulnerability as an archipelago.

Diane Shayne Lipana, Third Secretary of the Philippine Mission to the United Nations in New York, confirms the Philippines’ stance on prohibition and elimination of nuclear weapons. She represents the Philippines on the United Nations General Assembly First Committee, which deals with disarmament and international security issues. Apart from her First Committee responsibilities, she is also the point person of the Security Council portfolio, international security and public diplomacy unit that boost visibility on online platforms.

The Philippines’ role in nuclear non-proliferation and disarmament 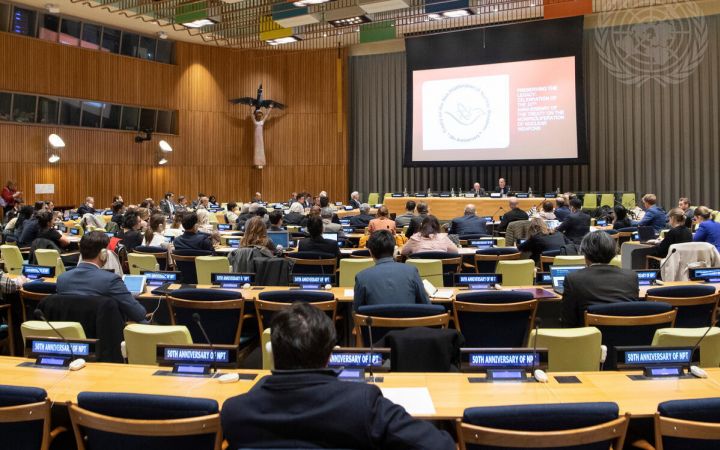 The Philippines has had a pro-disarmament stance for decades. It has been a member of the Treaty on the Non-Proliferation of Nuclear Weapons (NPT) since 1968 and served as the Review Conference Chair of the 2010 Review Conference of the Parties to the NPT. While the Philippines will not possess nuclear weapons, it is open to the peaceful use of nuclear technology and has technical partnerships with the International Atomic Energy Agency (IAEA).

The Philippines is the only member of the Association of Southeast Asian Nations country in the Non-Proliferation and Disarmament Initiative (NPDI), a ministerial-level group of states focusing on practical steps to promote the NPT. NPDI prepared recommendations that can be used as a starting point for negotiations for NPT outcomes.

The Philippines is also a member of the Treaty on the Prohibition of Nuclear Weapons (TPNW). Entering into force on 22 January 2021, the TPNW cements a categorical ban on nuclear weapons. The first meeting of state parties to the TPNW is scheduled for late June 2022.

Diane is optimistic that the first meeting will be smooth because state parties to the treaty have already been exchanging views extensively in preparing the meeting’s working papers.

I think most member states who are signatories to TPNW are aligned on many things. So I project [the first meeting] to be very smooth.

It is so they can effectively negotiate on these topics that diplomats like Diane joined the 2022 UNITAR Hiroshima Training Programme on Nuclear Disarmament and Non-Proliferation.

Experience with UNITAR: Zeroing in on the key topics and paying it forward 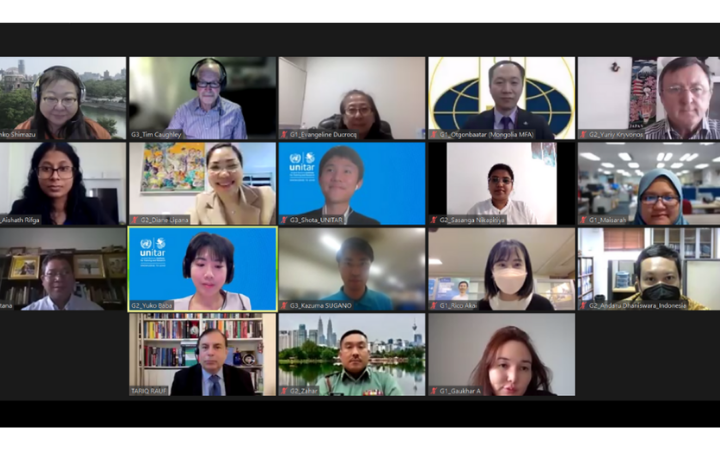 Run since 2015, UNITAR Hiroshima Training Programme on Nuclear Disarmament and Non-Proliferation trains government officials from Asian countries who are on the front-line of nuclear disarmament negotiation. The programme helps trainees heighten their understanding of the nuclear disarmament debate and the structures and practices of negotiations on disarmament and non-proliferation. Its latest round in 2022, held virtually for three weeks in February and March, features on-demand e-learning courses, live webinars, and a final online conference simulation.

Diane had been on the First Committee for 8-9 months and noted that a challenge for diplomats there was that to successfully negotiate, they needed to have at their fingertips knowledge of the technical aspects, national positions, and key topics in the field. She felt that the UNITAR training addressed this need, giving diplomats the solid grounding they required to do their job effectively.

A highlight of Diane’s UNITAR experience was speaking for her group during the final negotiation simulation. She felt that it validated what she learned in the programme. Diane looks forward to teaching what she learned to younger diplomats. With the team that she supervises in the Mission, she hopes to replicate some of the exercises and lessons from the UNITAR training.

To diplomats who will be working on disarmament and non-proliferation for the first time, Diane says to not be discouraged if the work becomes too difficult. She herself was once advised by a Malaysian diplomat who told her that the first few years of work will be difficult, but it will soon become more enjoyable as she gains more experience.

You don’t need exceptional talent or exceptional wit. You just need to be dedicated to it or just like what you’re doing. And then everything follows through.

Nuclear disarmament and non-proliferation is a traditionally male field, but things are changing. Four years ago, before Diane entered the First Committee, there were only 40 women on the Committee among the representatives of 193 United Nations member states. Now, the number has grown and Diane feels accepted as a young woman.

Agreeing on a path towards peace

Peace is something that everyone aspires for. But I think the challenge is agreeing on a path towards peace and agreeing on a timeline towards that direction.

Diane's views are her own and do not represent those of the Philippine Department of Foreign Affairs.