December 2021 – We need the power of Generations Z and Alpha to tackle climate change. But while we recognize the importance of empowering youth, have we been helping them to act on their creativity and to reflect that back into their communities?

UNITAR Division for Prosperity hopes to do just that with its Youth Ambassador programmes, one in Hiroshima and another in Asia and the Pacific, where high school students develop projects to help achieve the Sustainable Development Goals (SDGs).

Youth are ready to act against climate change (Hiroshima) 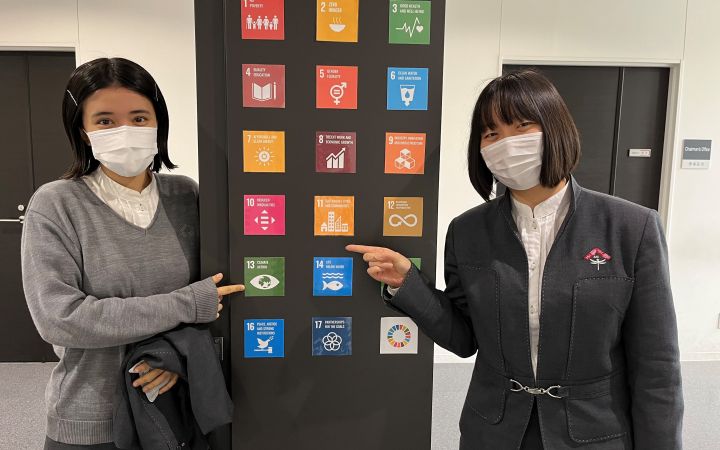 One Hiroshima Youth Ambassador, Wakaba Takai (16), challenges the prevailing view in Japan that her generation is not engaged in social issues like climate change. Wakaba is taking an environmental systems and societies class at school and joins in with activities for the environment. She says:

Climate change is an issue that is quite close to me. I want to share it with many people.

Wakaba believes that young people have a high interest in climate change. In the UNITAR Youth Ambassador programme, Wakaba’s team surveyed over 800 students on their attitudes towards climate change. More than 75 per cent said they were interested in climate change; 81 per cent wanted to know more; and 96 per cent recognized the need to curb global warming.

She points out, however, that there is a gap between their interest and the availability of information about what they – especially her generation – can do to mitigate climate change. Wakaba believes young people need more opportunities to explore what they can do, from the community, to the global level.

Her team recommended that a relatable climate curriculum be incorporated into compulsory education in Japan, and that convincing, and impactful, information be shared through Instagram. 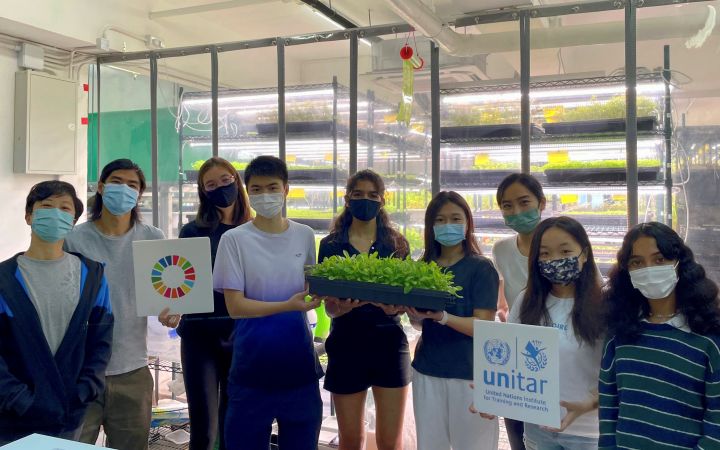 The disconnect between young people’s interest in climate change and their power to act was also brought up by 2021 Asia-Pacific Youth Ambassadors, who asked:

What can we do as teenagers who are not being listened to at government and corporate levels to stop climate change?

The Youth Ambassadors answered their own question by developing proposals for projects that highlighted their fresh ideas.

One team’s project, SpendZero, proposed to help manufacturers use blockchain technology to track the carbon-offset cost for each product. The system would then allow consumers to make a conscious choice to pay for the offset at the point of purchase.

Another team focused on Carbon Neutral, a youth-led organization that promotes nature-based solutions towards net-zero carbon emissions. From exploring how satellite imagery can help identify areas where reforestation is most urgently needed, to how the blue ocean strategy can support seaweed farming to absorb greenhouse gases, Carbon Neutral is making waves across the United Nations community and scaling up its impact.

Fast fashion was another area the Youth Ambassadors targeted. Around two-thirds of the carbon footprint of a garment comes from the production of its fibres, so one team focused on developing channels in Asia to provide sustainable fabrics to local communities. Another team proposed to build a technology platform to help consumers efficiently trade clothes that were worn for one-off occasions, thereby reducing overall production and allowing upcycling.

Generations Z and Alpha will have to live with the severest effects of climate change during their lifetimes. But young people’s eagerness to educate themselves and act is high, and those individual actions can lead to deep systemic change.

They are also ready to speak up. Collectively, they could hold decision-makers accountable.

"Younger people are growing into a world that is changing," said the Youth Ambassadors at the end of the programme.

We’re worried. But now, if we can act on something small, we feel much more empowered to talk about it.

Final presentations by the Hiroshima Youth Ambassadors (in Japanese only):