26 May 2015, Geneva, Switzerland - Hand-in-Hand with UN Women and the UN System, UNITAR launches its Women’s Leadership Programme at the high Level Panel on “Women in Diplomacy: The Leading Role of Women in Weather and Climate Contexts” at the WMO Congress (Cg-17).

The High Level Panel addressed the complexities of gender in the area of climate change and explored the actions required to strengthen the voice of women in all fields of multilateral diplomacy. Panelists commended UNITAR for their leadership and initiative in launching the Women’s Leadership Programme (WLP), which recognizes the need to take clear actions in promoting women’s participation in government fora.

During the session, panelists outlined why gender solutions are critical in addressing the challenges of climate change. They stressed that women carry a disproportionate share of the burden of the development challenges resulting from climate change. At the same time they lacked access to resources, such as ICTs and mobile telephones, which can help in both climate change mitigation and adaptation. They noted that aspects of this were also explicitly linked in the Sendai Framework for Disaster Risk Reduction. Ambassador Rebong, reiterated this by stressing that “women are drivers for change”, but enabling that to happen required societal changes.

Finding ways to strengthen the voice of women in multilateral contexts in particular in negotiations and conferences was brought into focus during the interactive Q&A session with the audience. Among the points raised were: the need for data that could be disaggregated for gender and could be used in setting baselines; the importance of education and capacity building, especially STEM for girls and women; the key role of supportive environments, especially in fields with prominent gender gaps. ASG Manaenkova and Ambassador Rebong in response to a question from the floor shared their own personal experiences of the challenges they faced as women in achieving leadership roles. The key messages being the recognition that there is no one simple solution, it is a complex subject which as the UK PR to the WMO commented requires organizations to value diversity in the workplace and to recognize that success can be better achieved when you can harness the best of men and women. Men too can drive this change.

Video of the full discussion 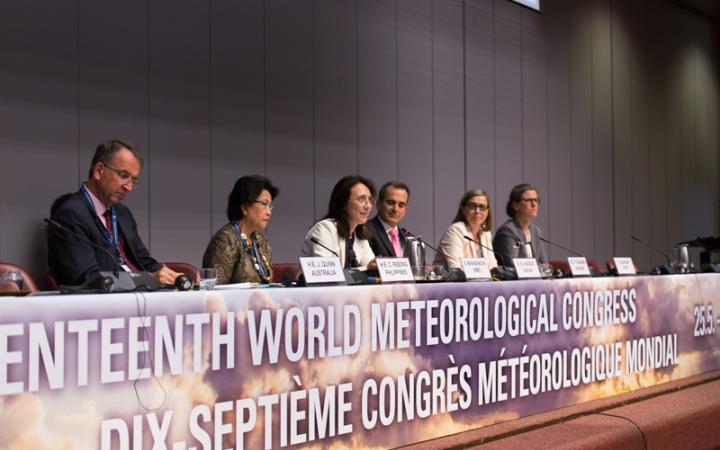 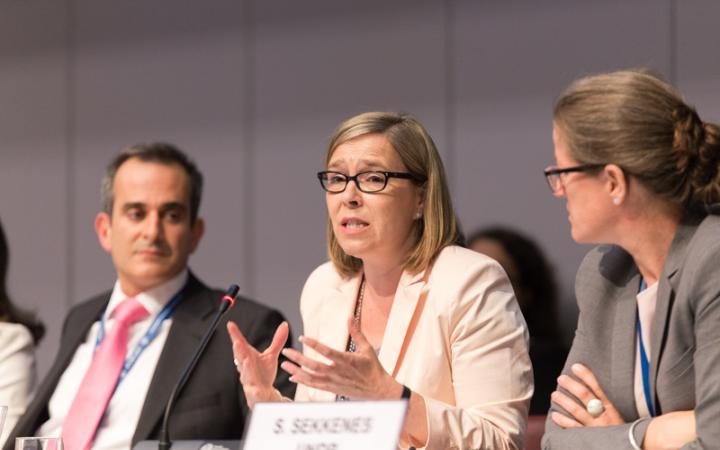