UNITAR Workshop on Nuclear Disarmament and Non-Proliferation Concludes in Hiroshima

3 June, 2016, Hiroshima, Japan – The UNITAR Hiroshima Office has successfully concluded the 2nd annual cycle of the training series on Nuclear Disarmament and Non-Proliferation held between 30 May – 3 June, 2016. The week-long workshop welcomed diplomats from the Ministry of Foreign Affairs from 5 different countries, including Bangladesh, Mongolia, Myanmar, Sri Lanka and Vietnam, with 70% of the participants being female. The participants examined the current state of the nuclear disarmament debate, while better understanding the structure and practice of negotiation at non-proliferation discourse events and further developing their negotiation and leadership skills.

The workshop was facilitated by a range of resource persons from leading organizations involved in the nuclear disarmament discourse, including:

The workshop incorporated interactive lectures, real world simulation exercises, and group work, as well as several study tours including the Atomic-Bomb (genbaku) Dome, Hiroshima Peace Memorial Museum, and the Radiations Effects Research Foundation. These study tours allowed participants to gain a deeper understanding of the experience of Hiroshima. Additionally, through listening to the story of Ms. Yoshiko Kajimoto, an Atomic-Bomb survivor, and a session with Green Legacy Hiroshima, an initiative to protect and spread the seeds and saplings of Atomic-Bomb survivor trees, participants were further able to understand the message of peace Hiroshima represents.

In line with the objectives of the workshop, by the end of the training, participants were able to:

In addition, a Public Session was held on 1 June entitled "The UNITAR Hiroshima 88th Public Session: Towards a World without Nuclear Weapons". Featuring five of the Resource Persons and led by Ms. Mihoko Kumamoto, Head of UNITAR Hiroshima, through presentations and a panel discussion, the public session explored the current status of nuclear disarmament and non-proliferation at the global and regional levels, as well as future perspectives. Over 100 members of the public attended, as well as several media outlets.

For more information on the training programme on Nuclear Disarmament and Non-Proliferation, please visit the project page.

Photos: 1 and 2 - Participants at the UNITAR Hiroshima Nuclear Disarmament and Non-Proliferation 2016 Workshop 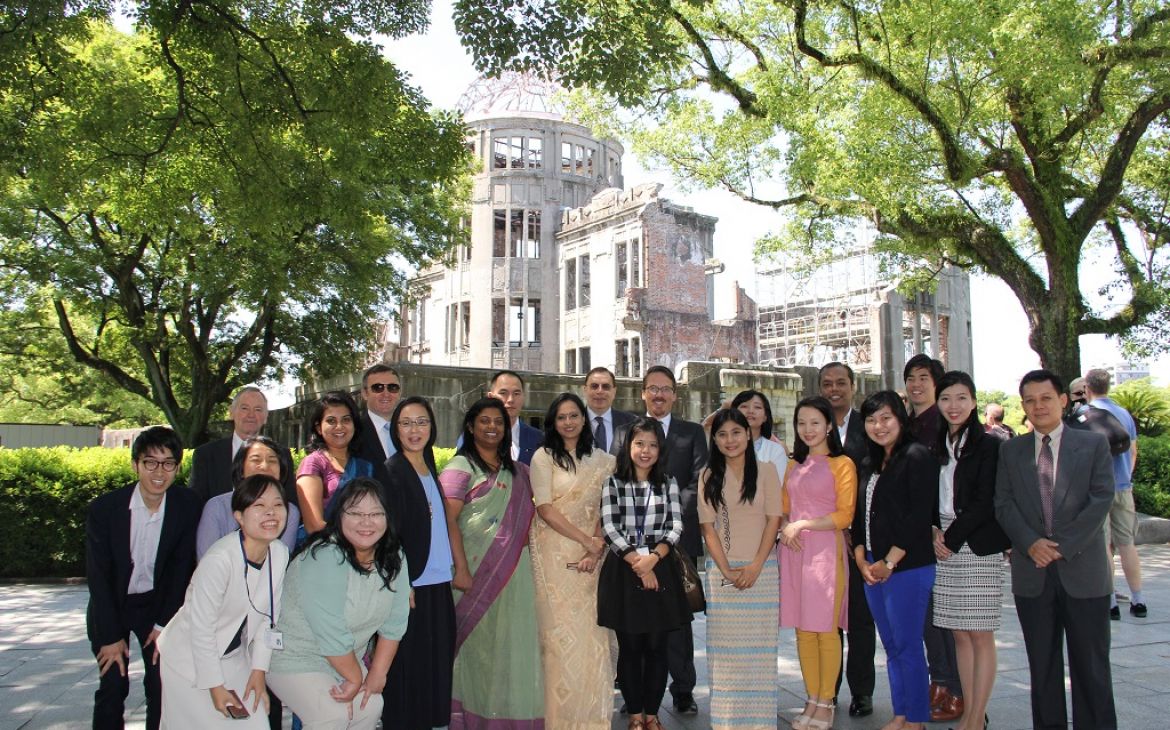 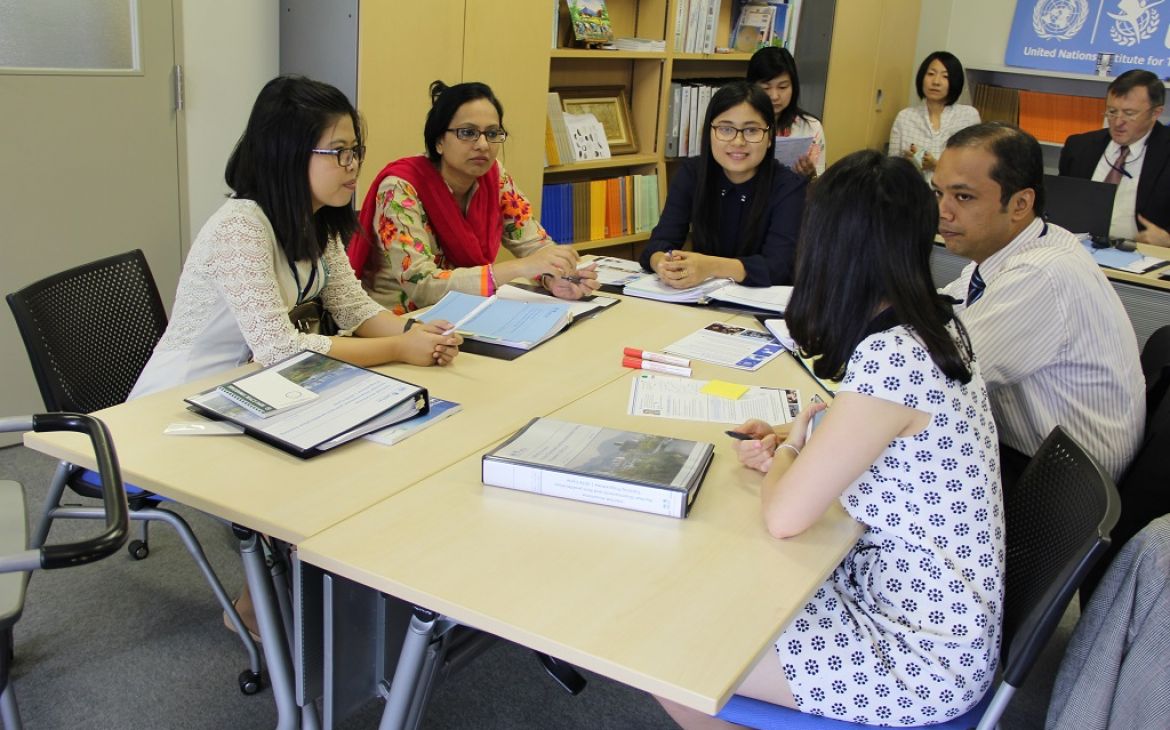 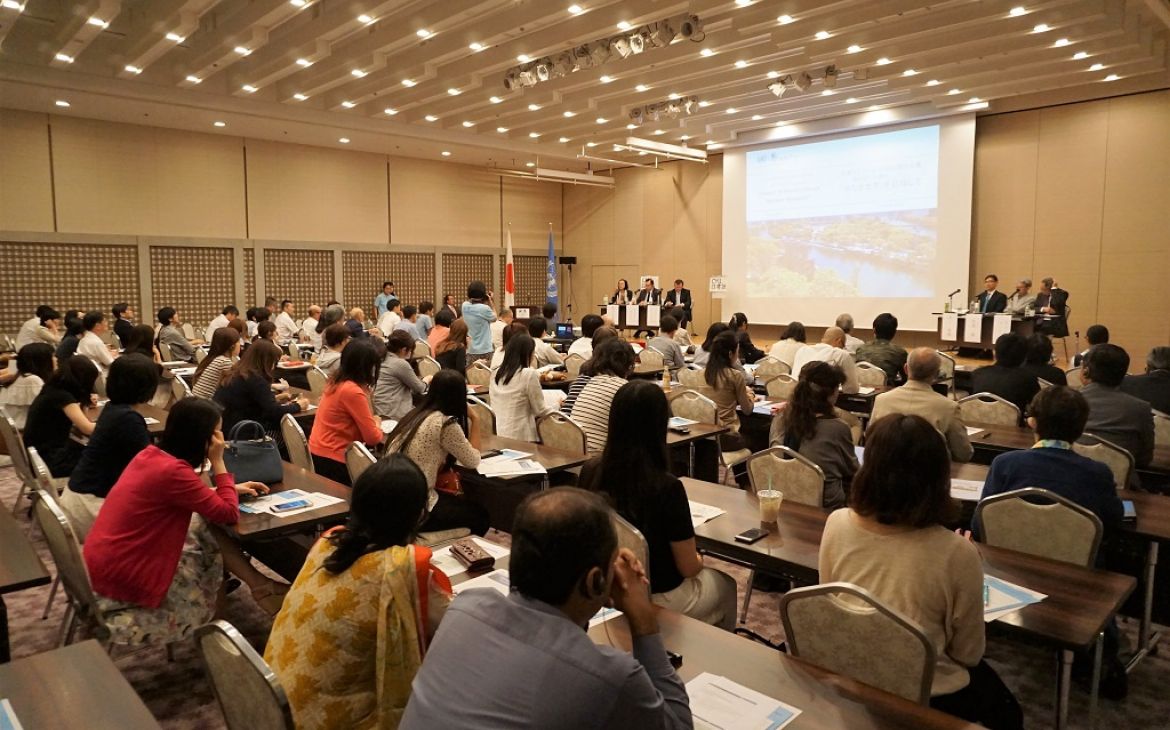