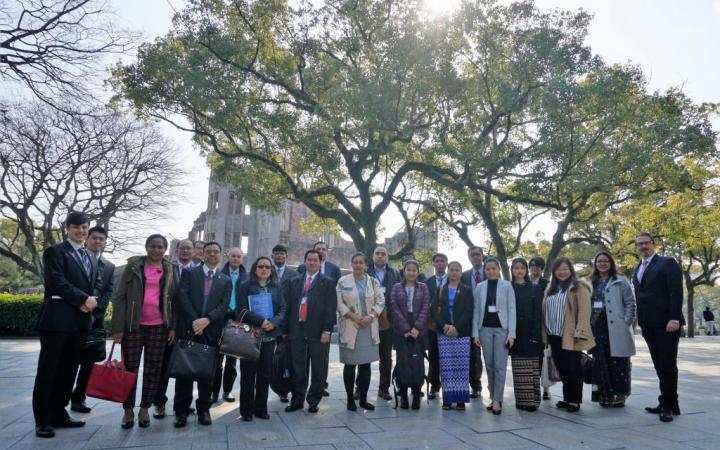 “We are trying our best to fulfill our responsibility as an actor in the field of disarmament,” said Mosammat Shahahara Monica, Director (United Nations and Human Rights), Ministry of Foreign Affairs of Bangladesh. “We will continue this effort and our leading role in the future, for the total elimination of nuclear weapons.”

Ms. Monica is a participant in the 2019 Cycle of the UNITAR Hiroshima Training Programme on Nuclear Disarmament and Non-Proliferation, which took place in Hiroshima, Japan, from 26 February to 3 March. Over the course of the six-day programme, participants engaged in dialogue with each other, international Resource Persons, and Hiroshima citizens to gain a deep knowledge of nuclear weapons and potential paths toward their disarmament.

The programme’s 19 participants, including 10 women, hailed from the ministries of defense and foreign affairs of Bangladesh, Cambodia, Kazakhstan, Laos, Malaysia, Mongolia, Myanmar, Nepal, Sri Lanka, and Timor-Leste. Out of the 10 nations represented, eight have signed the recent Treaty on the Prohibition of Nuclear Weapons (TPNW), and five are members of the Central and Southeast Asia nuclear-weapons-free zones.

The training included discussion of various recent developments in nuclear disarmament, such as the TPNW, which many participants identified as “highly relevant to their current role” in a pre-workshop needs assessment. Efforts for nuclear disarmament on the Korean Peninsula were also covered (a summit between President Trump and Chairman Kim happened to be taking place concurrently with the session). Additionally, Resource Persons explained the current status and impacts of other disarmament and non-proliferation treaties, including the NPT, Intermediate-Range Nuclear Forces Treaty (INF), and Strategic Arms Reduction Treaties (START).

In the latter half of the programme, participants took part in role-plays designed to simulate negotiations at international disarmament fora. “The current global state of nuclear disarmament negotiations” was another topic that participants had indicated as highly relevant, and through the training participants gained both the insight and practical tools to take an active role in said negotiations.

Ms. Monica commented that the training is “wonderfully designed for diplomats and gives you a good idea of the dynamics and politics in disarmament negotiations.”

In addition to learning from Resource Persons’ professional experiences, participants gained a deeper understanding of the humanitarian impacts of nuclear weapons through hearing A-bomb survivor Keiko Ogura’s testimony. The group also visited Hiroshima Peace Memorial Park and Museum and made a flower offering at the Cenotaph for A-bomb Victims.

Resource Persons Mr. Caughley, Mr. Kryvonos, and Mr. Rauf also shared their expertise with members of the local media, academics, and public servants during a panel session. In his opening comments, Mr. Kryvonos emphasised that the Asia Pacific region and its immediate neighbors contain five nuclear weapons states, three of which continue to manufacture nuclear weapons. With current challenges — such as cybersecurity and the potential cancellation of the INF — as well as positive developments in disarmament, it was clear that Asian states will have a significant role to play in regional and global nuclear disarmament in the coming years.

UNITAR Hiroshima Office would like to sincerely thank the City of Hiroshima,  the Hiroshima Prefectural Government, and the Ministry of Foreign Affairs of Japan for their support of the Disarmament Programme 2019 Cycle. 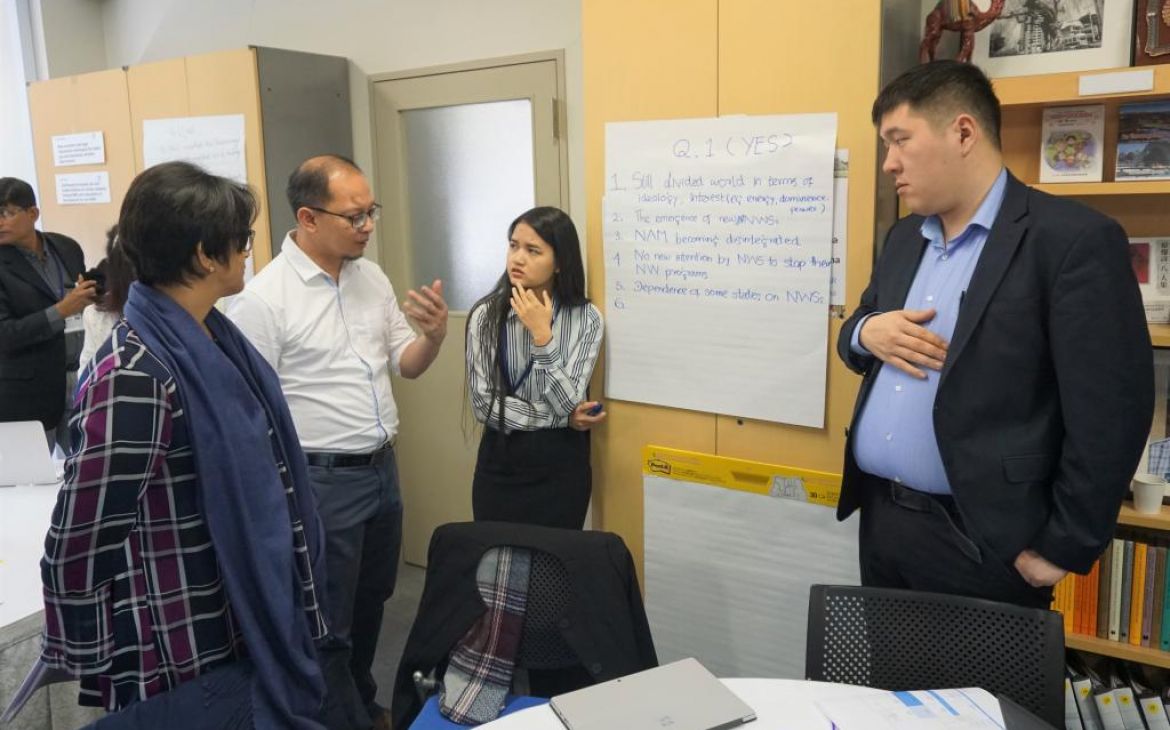 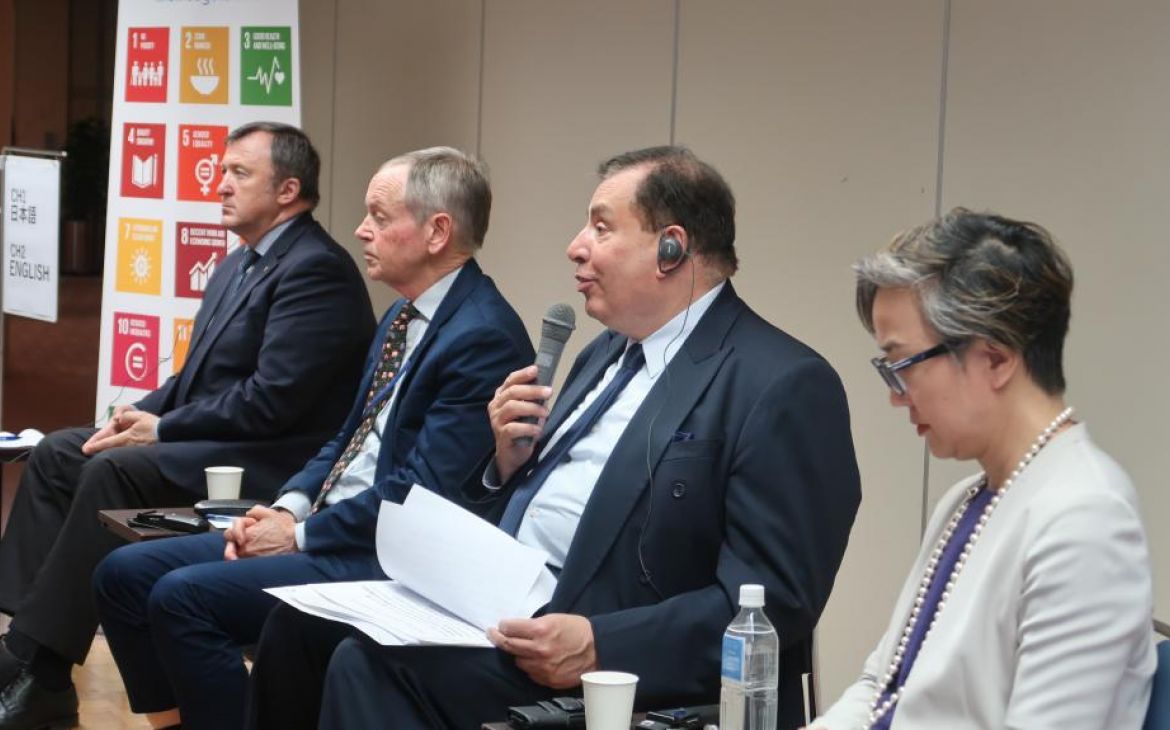