UNITAR Signs a Memorandum of Understanding with HEIP Paris 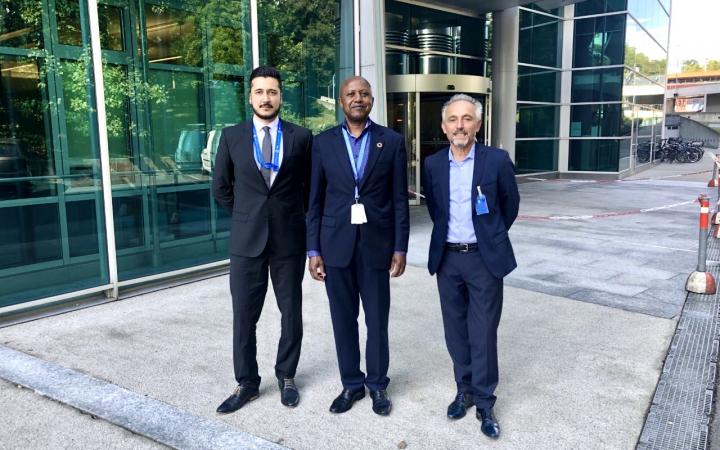 7 August, Geneva, Switzerland - The Division for Peace of UNITAR is pleased to announce a new collaboration with the Paris School of Advanced International and Political Studies (Hautes Études Internationales et Politiques – HEIP Paris). The newly signed Memorandum of Understanding outlines the scope of future collaboration that will include the establishment of a Master's degree and a research centre in various thematic areas such as conflict prevention, peace development and the rule of law, in Paris and North Africa.

Founded in 1899 in Paris, HEIP is a School of International Relations and Political Studies affiliated to the INSEEC.U Group and has campuses in Paris, Lyon and London. Marked by the passage of illustrious French academics, politicians and Nobel Prize laureates such as Emile Durkheim, Charles Péguy and Anatole France, it is recognized both on the national and international public scene as an academic centre of excellence in its three main focus areas: international relations, political science and communication/media.

With the MoU signed with HEIP, the Division for Peace delivers on its mission to support the (re)establishment of peaceful, just and inclusive societies (SDG 16) and contributes to the promotion of peace, development and conflict resolution by providing its partners and beneficiaries with specific knowledge and skills that would enable them to maximize opportunities for positive and sustainable change.

The Peace Division’s programming is based on a specific methodology that allows for the creation of powerful and inspiring spaces, products and services (online and face-to-face) for high-quality learning and collaboration, as well as promotes participation, dialogue, local ownership and multiplication of knowledge for sustainable impact and behavioural change. To learn more about our existing academic offer in peace and security, please follow this link: https://www.unitar.org/sustainable-development-goals/peace/our-portfolio/online-learning-and-education.