16 – 20 July 2018, Madrid, Spain – As a continuation of our long-standing collaboration with the Ministry of Foreign Affairs of the Kingdom of Saudi Arabia (KSA), UNITAR delivered a five-day training workshop in Madrid on Public Diplomacy. The workshop was attended by 17 Saudi Arabian Diplomats from the Ministry of Foreign Affairs. The event took place as part of the numerous training workshops UNITAR will be delivering across 2018 for the Kingdom of Saudi Arabia.

The first two and a half days of the workshop focused on the theme of public diplomacy. The expert, Ms. Jasna Jelisic, explored both the fundamentals of public diplomacy and the essential components of a successful public diplomacy policy.  She also introduced the concept of cultural diplomacy and enriched the theoretical sessions by providing the participants with interactive case studies on the United Kingdom. The second part of the week was led by Mr. Shaun Riordan, a former British Diplomat, who provided an overview of digital diplomacy and its tools. The last day was mainly dedicated to case studies and to the presentation of digital promotion strategies that can promote the Foreign Ministry and the Saudi Vision 2030 around the world. 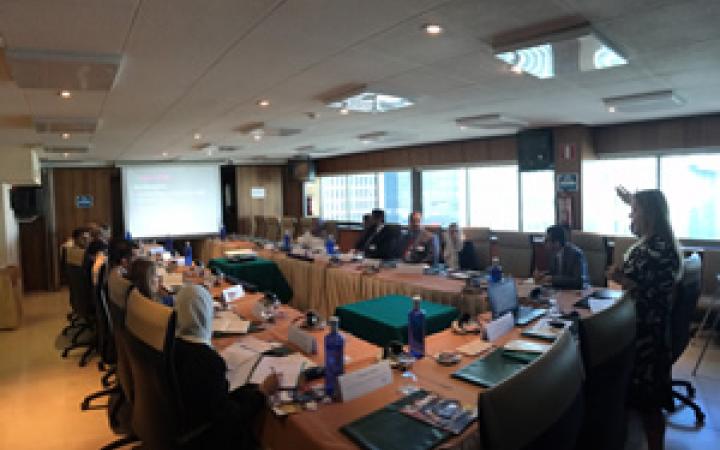 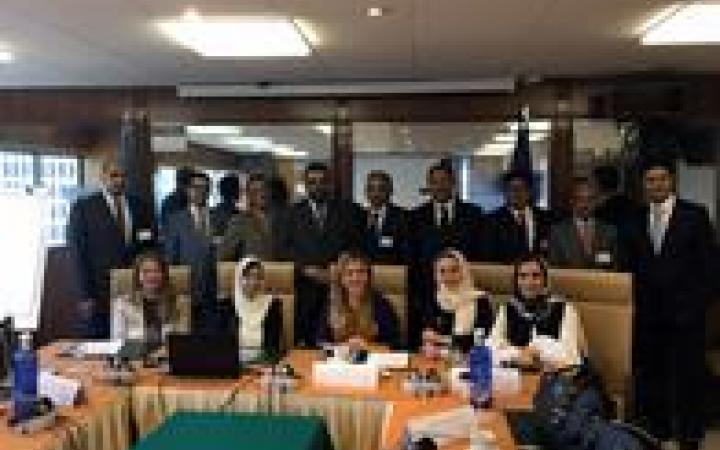 UNITAR. Photo 2: Group photograph at the end of the workshop.