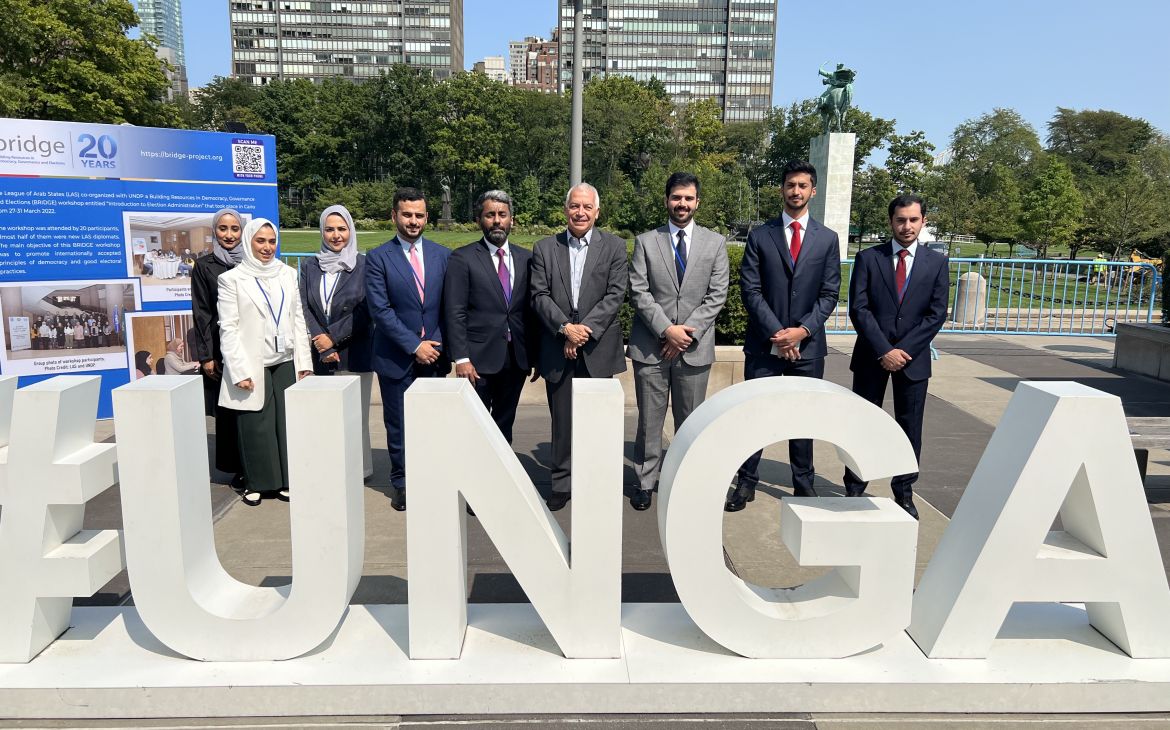 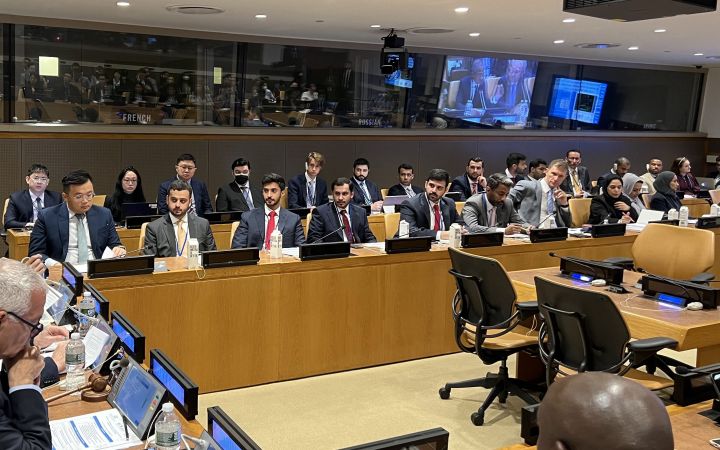 14-16 September, New York, USA – The United Nations Institute for Training and Research (UNITAR) New York Office, in collaboration with the Permanent Mission of the State of Qatar, developed the Strengthening Knowledge and Skills in Multilateral Diplomacy: Induction Course for Qatar Diplomats. The private course, attended by 8 delegates, was designed to enhance the performance of diplomats from the Permanent Mission of Qatar to the United Nations. 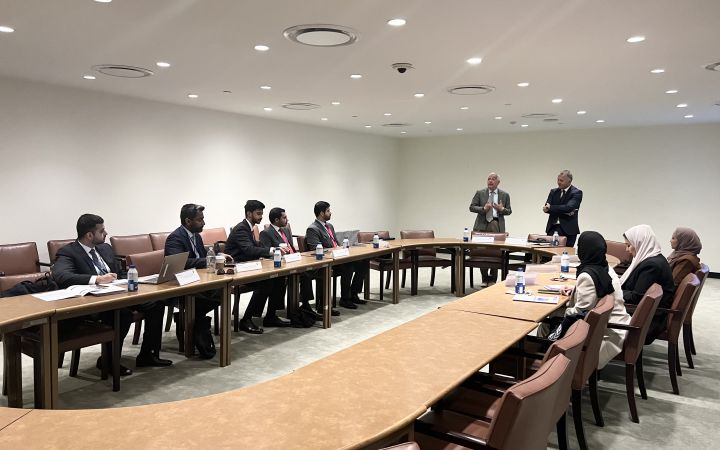 After attending the Briefing for New Delegates to the General Assembly, the following day of the training kicked off at 10:00 am (EST). Mr. Marco Suazo, Head of the UNITAR New York Office, welcomed the Qatari delegates and Dr. Angel Angelov, Former Deputy Representative of Bulgaria to the United Nations and Consul General. Dr. Angelov spoke about the United Nations System as a whole, discussing the United Nations Principal Organs. He talked about all committees (first to sixth) explaining each committee’s mission and work responsibilities. Moving forward, he discussed the two types of players, the States and Groups providing examples during the discussion. Dr. Angelov also discussed the permanent and non-permanent members as well as the Arab swing seat. The end of the session was followed by a Q&A. 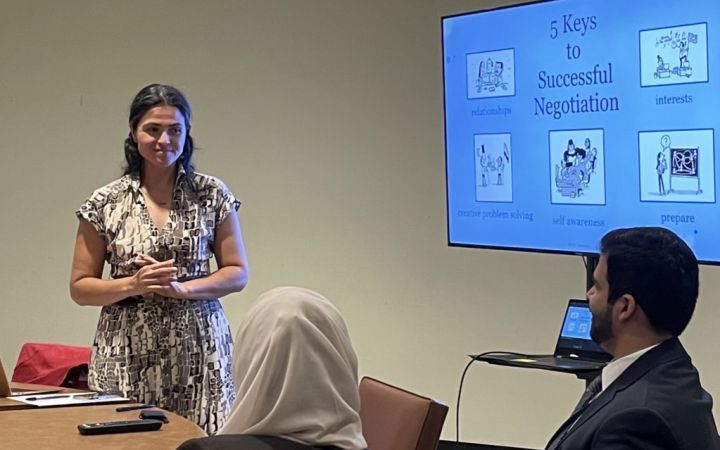 The second session of the day was presented by Ms. Jimena Leiva-Roesch, Director of Global Initiatives at the International Peace Institute. She explained the process related to the drafting of resolutions, including the participation of external actors other than Member-States.

The fourth day began with the third session, particularly dealing with the detailed procedure of resolution drafting. Mr. Wannes Lint, Intergovernmental Affairs Officer in the General Assembly Affairs Branch, explained the different approaches (maximalist and minimalist) delegates can use when mentioning a specific issue on the agenda.

Mr. Kavoy Ashley, First Secretary at the Permanent Mission of Jamaica to the United Nations, explained the various differences between committee resolutions, by focusing on the concept of co-sponsorship. 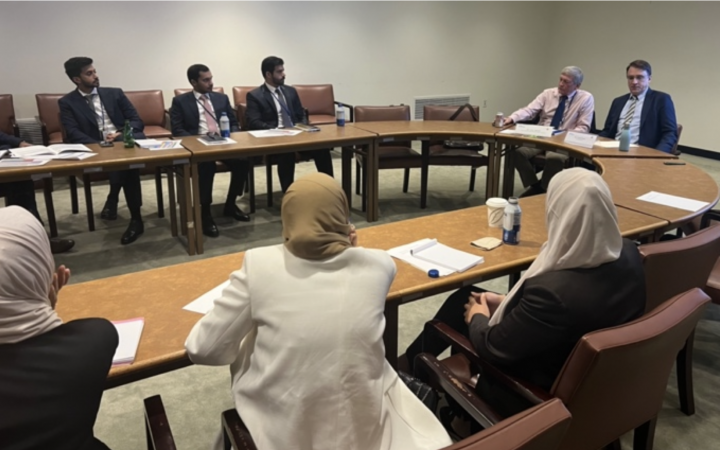 The third session ended with Ms. Anne-Laure Michallet, from the English Translation and Editorial Service in the Department for General Assembly and Conference Management, who discussed the editing process of UN documents including draft resolutions and its importance in favoring mutual agreement.

The fourth session began with Mr. Larry Johnson, Former Assistant Secretary-General for the Office of Legal Affairs, who gave an overview of the International Law Commission. He first reviewed clauses from the UN Charter with delegates and explained their implications related to real-life international events. He ended on giving an thorough explanation of the Sixth Committee’s current work responsibilities and main areas of focus including crimes against humanity and ownership, to name a few.

The day ended with Mr. Arnold Pronto, Principle Legal Officer who described the work of the Sixth Committee. He discussed the interplay between main laws and current issues, by focusing on several examples including the sea-level rise and the consequences on maritime boundaries. 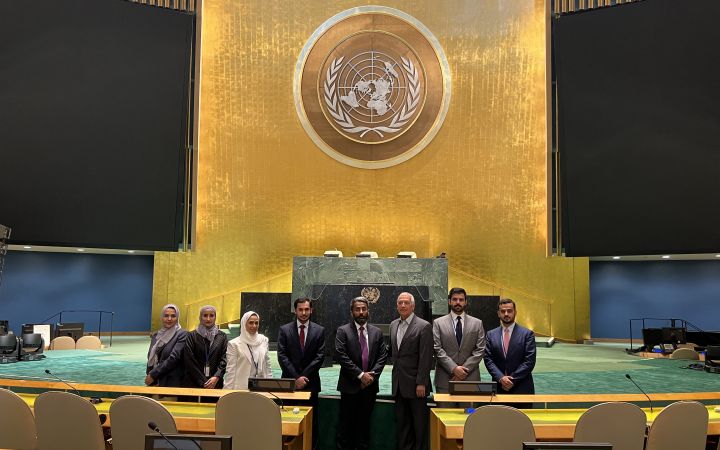 The day ended with Mr. Alexander Lomaia, Deputy Secretary of the First Committee who gave an overview of the First Committee’s responsibilities and work.  The session concluded with the diploma ceremony lead by the head of office of UNITAR New York Office, who also conducted a special tour around the UN premises.