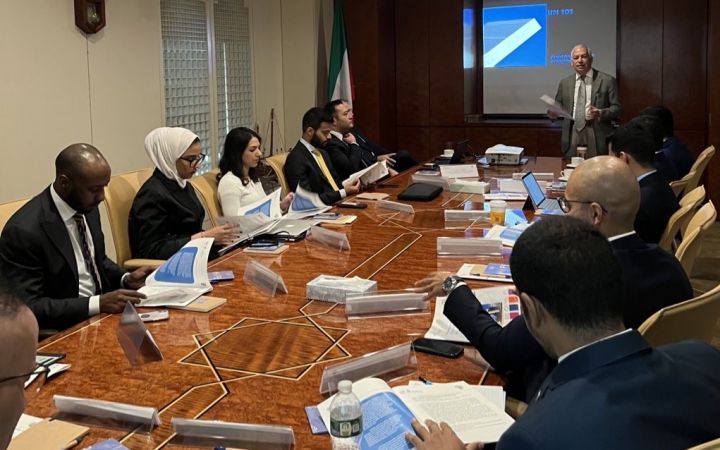 27-30 September, New York, USA – The United Nations Institute for Training and Research (UNITAR) New York Office developed the Strengthening Knowledge and Skills in Multilateral Diplomacy Induction Course for Kuwaiti diplomats. The private course, attended by 13 delegates, was designed to enhance the performance of diplomats from the Permanent Mission of Kuwait to the United Nations. 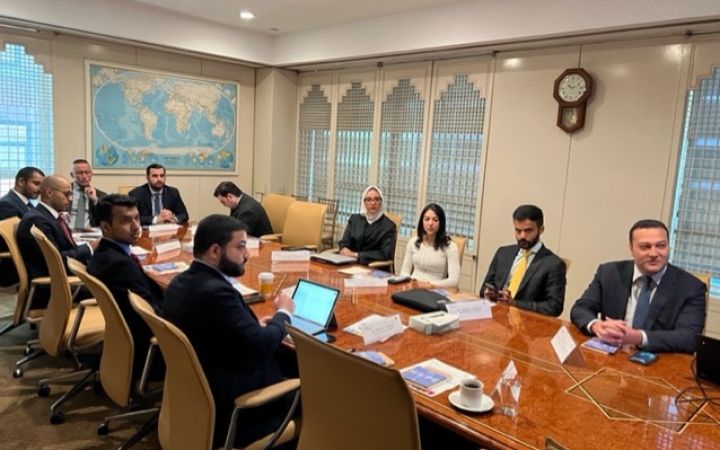 The first day of the training started at 10:00 AM (EST). Mr. Marco Suazo, Head of the UNITAR New York Office, welcomed the Kuwaiti delegates and Mr. Angel Angelov, former Deputy Representative of Bulgaria to the United Nations and Consul General. Mr. Angelov gave an overview of the United Nations System to help delegates achieve a better understanding of the UN. He also discussed the functions and powers of the main organs of the UN as well as the main UN players. He then helped delegates understand the main dynamics associated with the “Arab Swing Seat” in the UN Security Council. 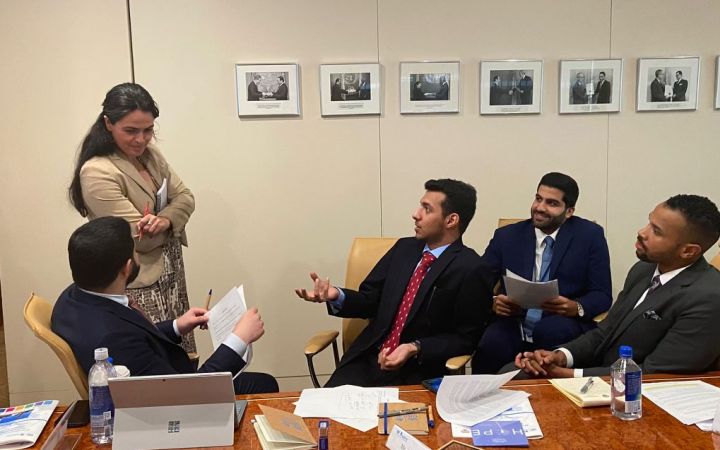 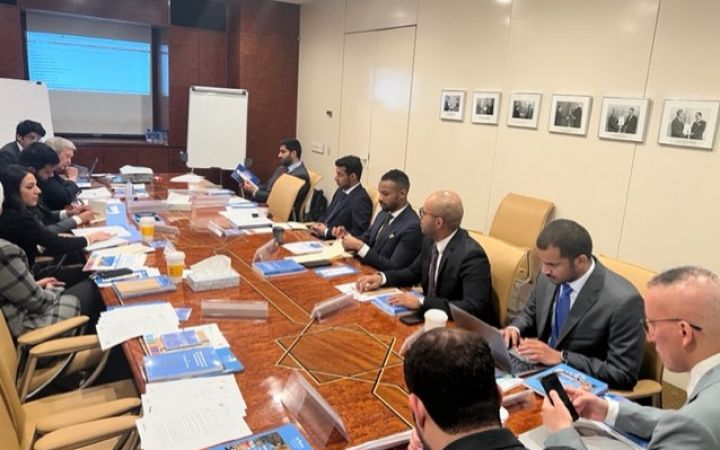 The second day of the training programme began with an overview of drafting resolutions, rules and procedures presented by Mr. Larry Johnson, Former Assistant Secretary-General for the Office of Legal Affairs. Mr. Johnson explained the process related to drafting resolutions and key elements to produce the best drafts. He emphasized the importance of using the right language and determining whether a specific country's vote is really needed. He also explained the submission procedure once resolutions are complete. 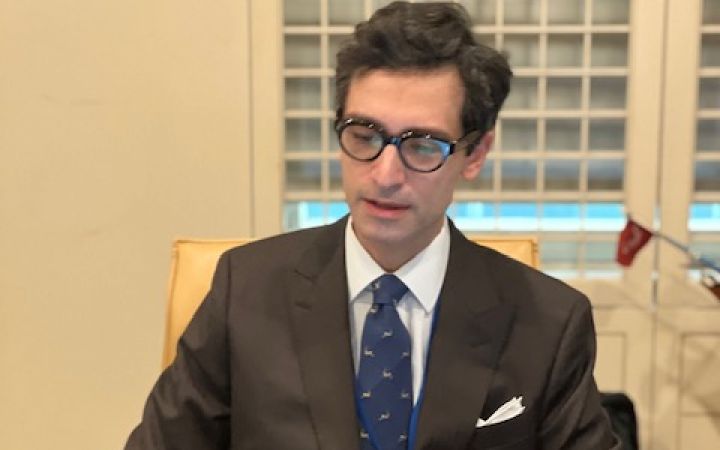 The afternoon was dedicated to the overview of the Third, Fourth and Fifth Committees' work. Mr. Ziad Mahmassani, Secretary of the Third Committee and Senior Intergovernmental Affairs Officer, explained the Third Committee's work. He discussed the programme of work including interactive dialogues and general debate, documentation and draft proposals, formal and informal meetings, the Bureau's functions and relevant tools including the Third Committee website and the E-deleGATE portal. Ms. Claudia Gross, Deputy Secretary of the Fourth Committee and Intergovernmental Affairs Officer, gave an overview of the Fourth Committee's work. She discussed agenda items and phases of consideration related to them, documentation, the different bodies submitting reports, the voting procedure, the hearing of petitioning on non-self-governing territories (NSGTs) and relevant tools. The day ended with Mr. Ahmed Mohamed Ismail Elmahs, Former Vice-Chair of the Fifth Committee in the 76th Session of the General Assembly, giving an overview of the Fifth Committee's work. He discussed challenges related to budget planning and approval to ensure efficient decision-making. 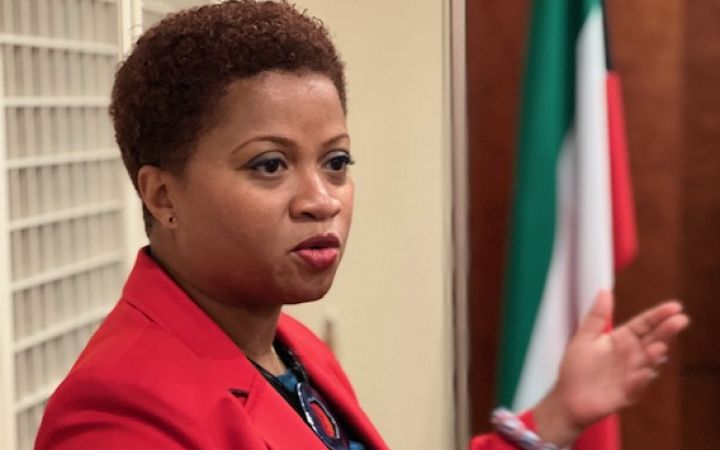 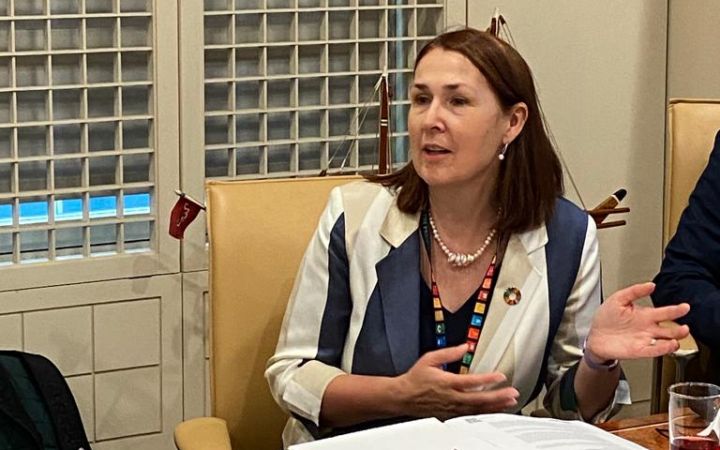 The day ended with an overview of the Second Committee's work given by Ms. Emer Herity, Chief of the ECOSOC Affairs Branch of the General Assembly and ECOSOC Affairs (GAEAD), Division of the Department for the General Assembly and Conference Management. She explained the Second Committee's agenda items, organization of work, phases of consideration, working methods, documentation, decision-making and shared relevant tools. 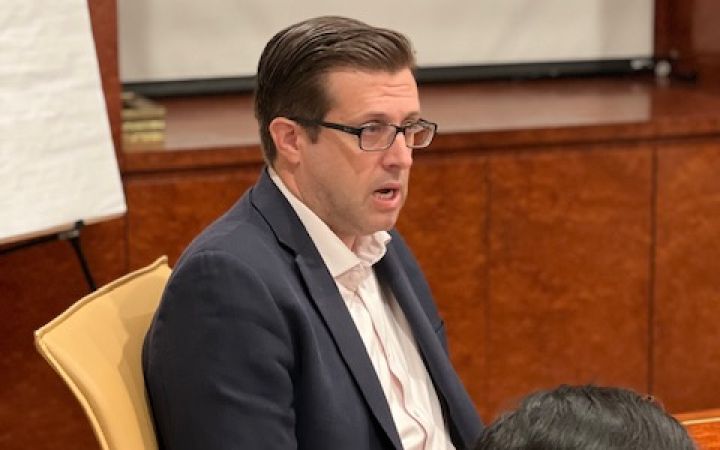 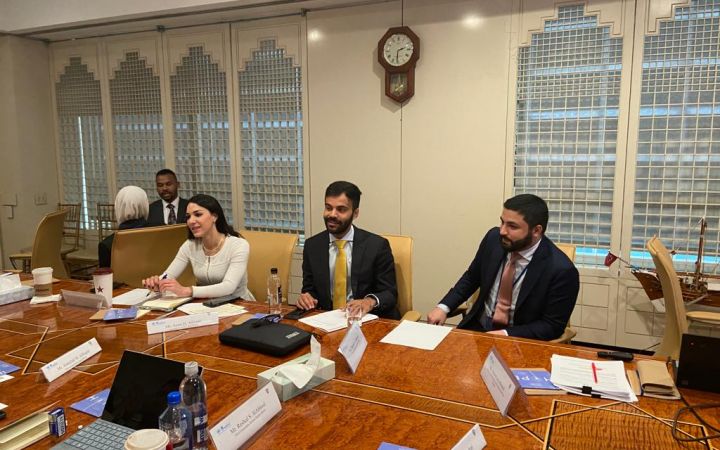 The day ended with an overview of the Sixth Committee, given by Mr. Arnold Pronto, Principle Legal Officer, Codification Division, Office of Legal Affairs. He mentioned the various topics covered by the Sixth Committee, including diplomatic immunity, crimes committed by peacekeepers, sovereignty, cross and transnational borders and maritime boundaries, to name a few. He emphasized the interplay between laws and present issues.