UNITAR New York Launches the Columbia Law School Series, "Women and Negotiation: How to Be Your Own Ultimate Self-Advocate" 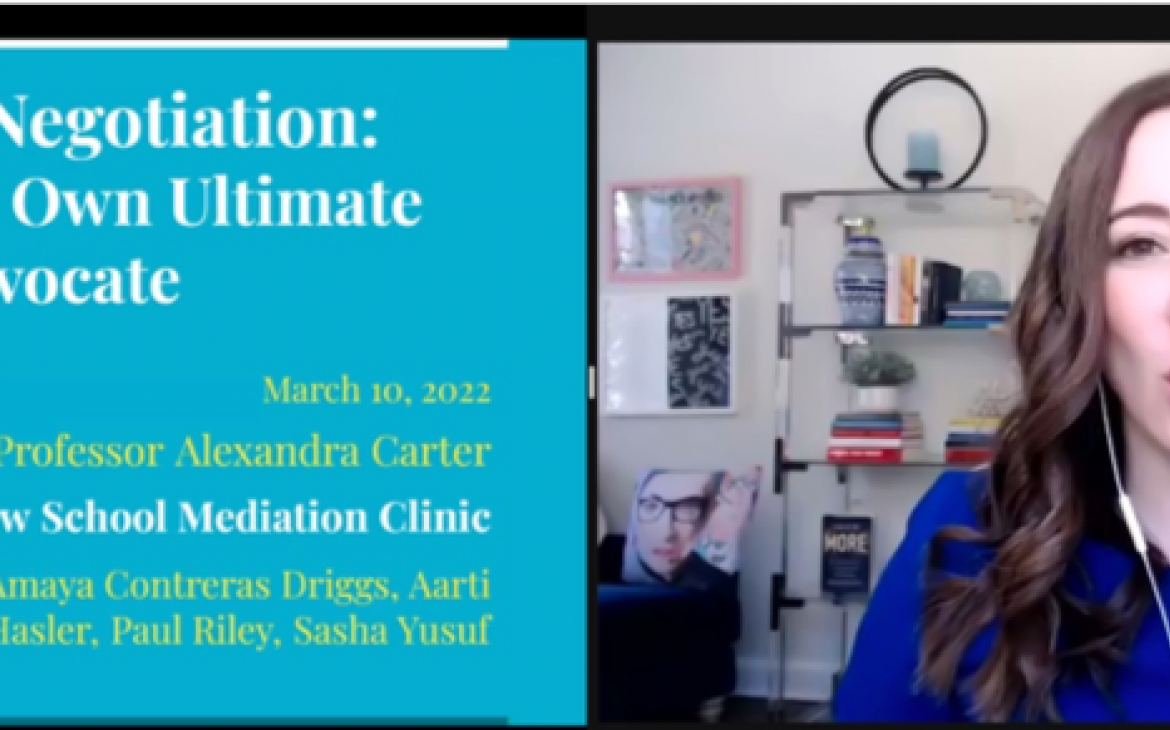 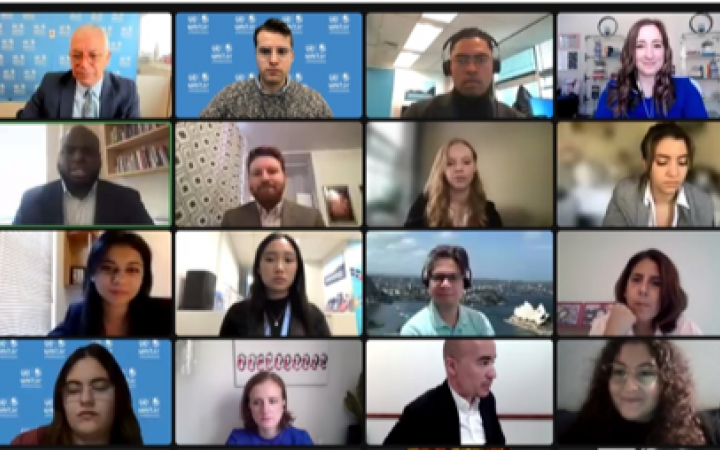 10 March 2022, New York, United States (Virtual) – The United Nations Institute for Training and Research (UNITAR) New York office, in partnership with the Columbia Law School Mediation Clinic, kickstarted the three-event Spring 2022 presentations of the Columbia Law School Series with the first session titled, “Women and Negotiation: How to Be Your Own Ultimate Self-Advocate”.  Garnering over 120 participants from around the world, the event successfully highlighted the struggles faced by women in the workplace, and how best to combat gender inequality in social settings and the workspace. The goal of this first session in the 2022 Columbia Law School Series was to underscore the tangible benefits in advocating for one’s self, highlight the gendered differences that can arise in the workplace, and show how to ask for more.

The event began with Mr. Marco A. Suazo, Head of the UNITAR’s New York office by introducing the Fall 2022 UNITAR & Columbia Law School Mediation series. Mr. Suazo thanked all the participants for joining amidst the ongoing humanitarian crisis in Ukraine, and sends his thoughts to all those currently being affected by and suffering from this war.  Mr. Suazo then proceeded to introduce Professor Alexandra Carter, and her team from the Columbia Law School Mediation Clinic, for providing this valuable workshop to the United Nations community.

Professor Carter gave an opening statement, which included an overview of the event by explaining the impetus for the collaboration between Columbia Law School and UNITAR. Professor Carter recalled a personal memory where she first understood why it was necessary to learn to advocate for herself. She learned that advocating for one’s self in the workspace as a woman in particular is not a selfish act, as most women have been socially trained to believe, but an act that helps to raise and advocate for other women in the workplace. Professor Carter proceeded to introduce her mediation clinic team and thanked the UNITAR team for their work in making this workshop possible.

The session itself began by taking a statistical analysis of women in today’s work place. It is noted that women are statistically less likely to speak up for and advocate for themselves in their workplace as compared to their male counterparts. One area in which women are less likely to advocate for themselves is in claiming expertise. With claiming expertise, it appears that women are more likely to undercut their expertise in a group setting. When women know that a self-assessment will be read by a group of people for example, they appear to have more hesitancy in describing themselves in a favorable manor as compared to men in similar self-assessments. It is noted that in one study, male executives who spoke more often than their peers were rewarded favorably, while women faced negative repercussions for doing the same. 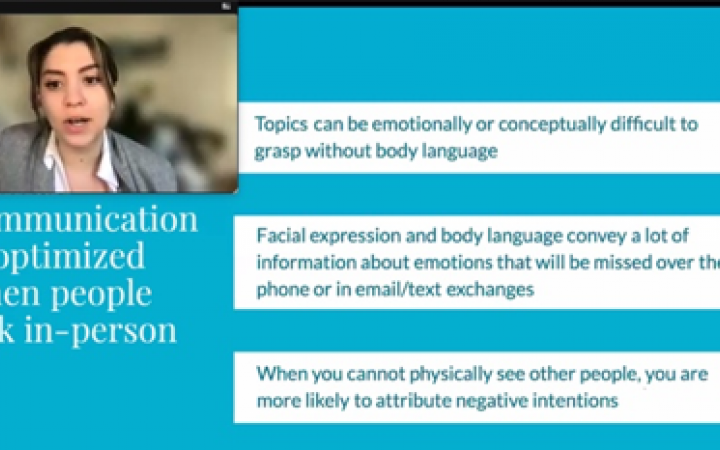 In fixing such issues several tactics and tools were given as a resource for learning how to better advocate for one’s self. Choosing your language carefully as a woman in particular becomes crucial in achieving favorable negotiation goals. By recognizing how linguistic choices have strategic power, one is able to negotiate effectively with minimal pushback. The floor was then opened for participant questions, where one participant asked a question pertaining to negotiating work contracts when none of the prescribed techniques have made much of effect on the desired outcome. It is acknowledged that while such techniques do help negotiating situations, they are not failsafe for any and every situation that can arise.

File
[UN] [Spring 2022] Women and Negotiation_ How to Be Your Own Ultimate Self-Advocate.pdf747.2 KB