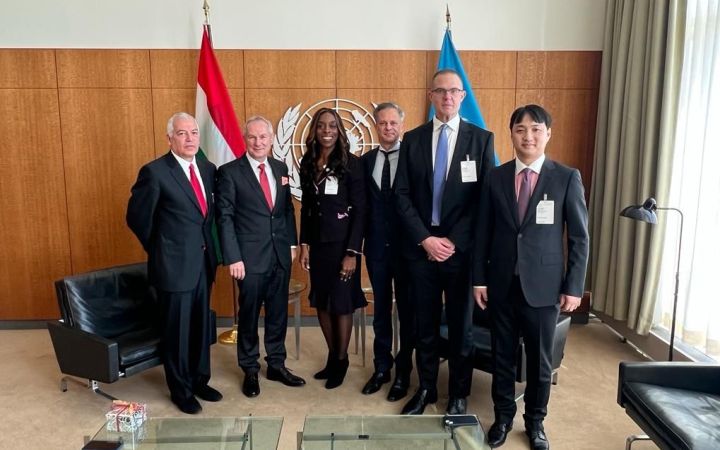 5 December 2022, New York, United States - On the night of 2 December 2022, the United Nations Institute for Training and Research (UNITAR) office in New York, together with Oberlin College and Conservatory, and the Global Foundation for the Performing Arts (GFPA), hosted an Orchestra & Conservatory Choral Ensembles at the Carnegie Hall in New York City. The performance is in celebration of the work of the 77th session of the United Nations General Assembly (UNGA). It has attracted more than 1500 audiences from both within and beyond the UN Secretariat, and the Permanent Missions of the Member States to the United Nations (UN).

‘A watershed moment: transformative solutions to interlocking challenges’ concert was made possible under the auspices of Costa Rica, Ecuador, Hungary, the Principality of Monaco, the Sultanate of Oman, the Republic of Rwanda, and the Republic of Singapore. The theme stems from the recognition that the world is at a critical moment in the history of the UN, due to the complex and interconnected crises. It is necessary to find and focus on joint solutions to these crises and build a more sustainable and resilient world for all and for the generations to come. 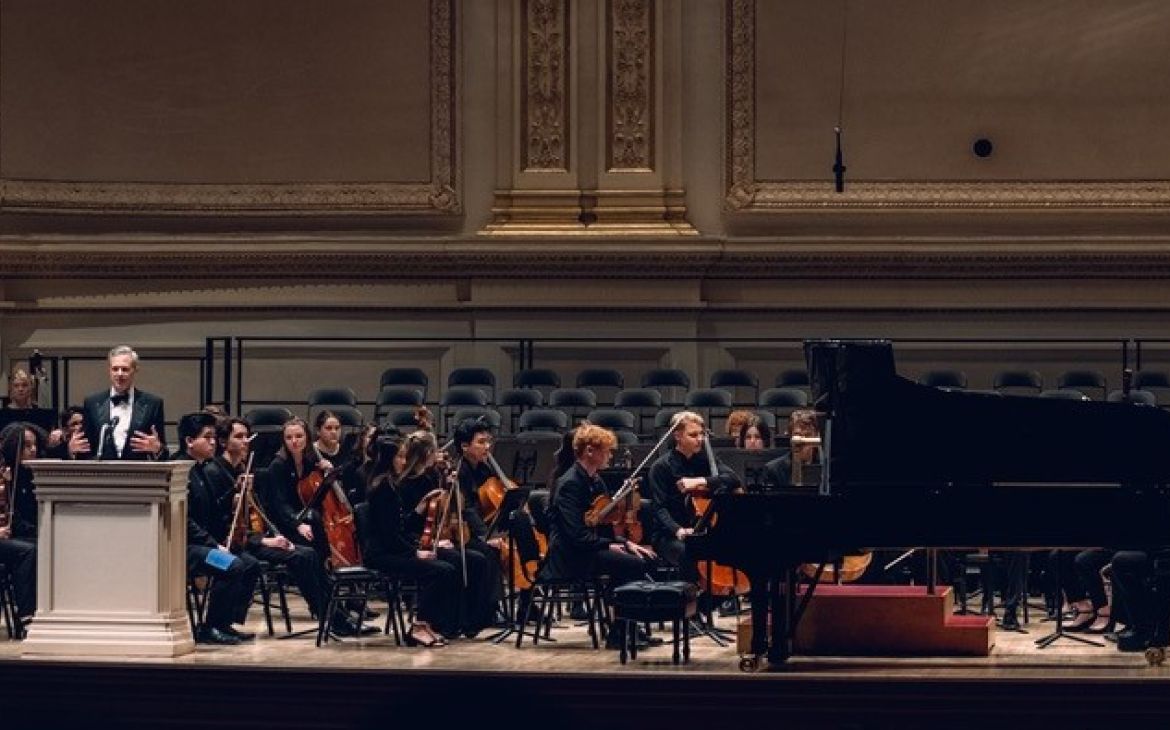 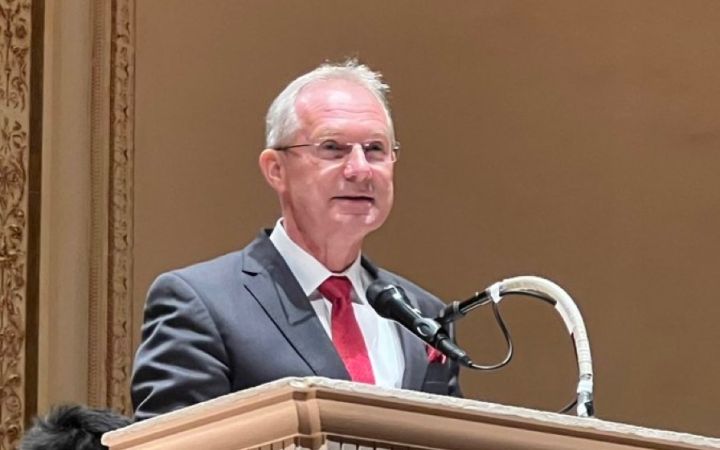 The president of the GFPA, Mr Benjamin Woodroffe, expressed his excitement about returning to Carnegie Hall in celebration of the work of UNGA. While upholding this annual tradition, GFPA has also been evolving, and continuously embracing changes and amplifying new messages on sustainability and development. President Woodroffe expressed his gratitude for UNITAR’s unwavering support. Most importantly, he thanked UNITAR for its dedication to constantly committing itself to create positive change.

H.E.Mr.Csaba Kőrösi, the 77th President of the UNGA addressed the power of harmony. Reaching harmony, through listening to each other, acting together, and understanding the deeper content together, is similar to conducting an orchestra. Harmony leads to peace and solidarity, and music is the universal language that the world needs right now to create unity, inspire transformation, and bring healing. During his presidency, Kőrösi focused on restoring the trust between people, and UNITAR is among one of the most valuable partners for the office of the president of the General Assembly in promoting and realizing its agenda.

Ms Carmen Twillie Ambar, the President of the Oberlin College and Conservatory, emphasized the significance of the night. As the first college in American history to fully admit black students and the first to admit women, Oberlin College and Conservatory is excited about changing the world for good together with the UN and GFPA, through the power of music, beauty, and education. 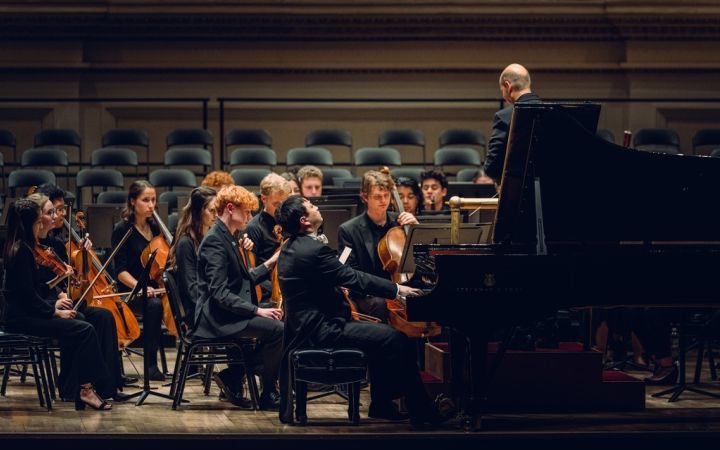 The night of the performance started with a piano concerto featuring award-winning pianist, Mr Byron Wei-Xin Zhou. Praised by legendary American pianist Russell Sherman, pianist Mr Zhou is one of the most gifted young pianists with virtuosos of the highest calibre, suggesting the possibility and promise of an international career on a notable level. This year marked the second year of Mr Zhou performing for UNITAR, UNGA, and the Member States. The mellifluous notes from the piano symbolized immense hope for peace and prosperity. Mr Zhou combined music with powerful messages and strong emotions. He expressed his gratitude and commitment to channelling humanities and doing good through arts in his unique way.

Following the piano concerto, Oberlin Orchestra and Conservatory Choral Ensembles delivered an exceptional performance, featuring Symphony No.9 in D Minor, which is also publicly known as the “Ode to Joy”, composed by Ludwig van Beethoven. “Ode to Joy” has been conducted several times before tonight to commemorate the UN, including in 1949, when the “Ode to Joy: completed a concert observing the UNGA’s ratification of the Universal Declaration of Human Rights. Tonight, the “Ode to Joy” has been performed once again, to celebrate the achievements of the UNGA, and to signal a future full of possibilities for human beings. 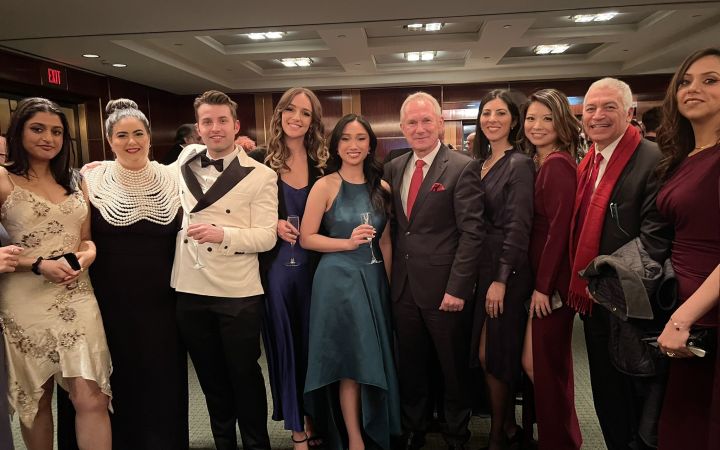 The concert concluded successfully with a performance from the Oberlin Musical Union and Oberlin College Choir. Although the world is experiencing unpredictable changes and challenges, this concert united us for the night. UNITAR believes that the Carnegie Hall tradition will continue impacting organizations and individuals in various fields to do more, and to do good. After the concert, the 77th President of the UNGA, H.E.Mr.Csaba Kőrösi stayed for a small gathering. He congratulated the representatives from the sponsoring countries, the UNITAR New York office, and the leadership from the Oberlin College and Conservatory on the success of this memorable event.