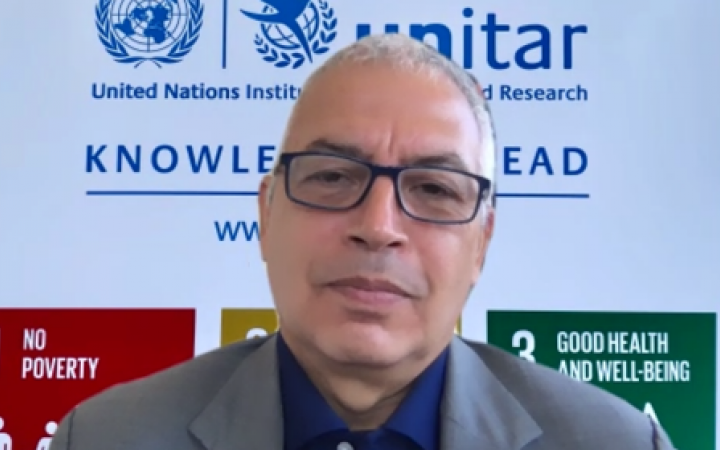 29 September 2020, New York, USA (Virtual) - The United Nations Institute for Training and Research’s (UNITAR) New York Office delivered the first of a series of training programmes for the delegations of incoming elected members of the Security Council. The virtual series launched with 75 participants on Monday 21 September with a training for delegates of the Permanent Mission of Norway based in New York, Oslo, and at other Norwegian diplomatic posts around the globe.

In June, Norway was elected, along with India, Ireland, Kenya, and Mexico, by the members of the General Assembly to serve a two-year term on the Council commencing on 1 January 2021. They will replace outgoing members Belgium, the Dominican Republic, Germany, Indonesia, and South Africa whose terms expire at the end of this year. 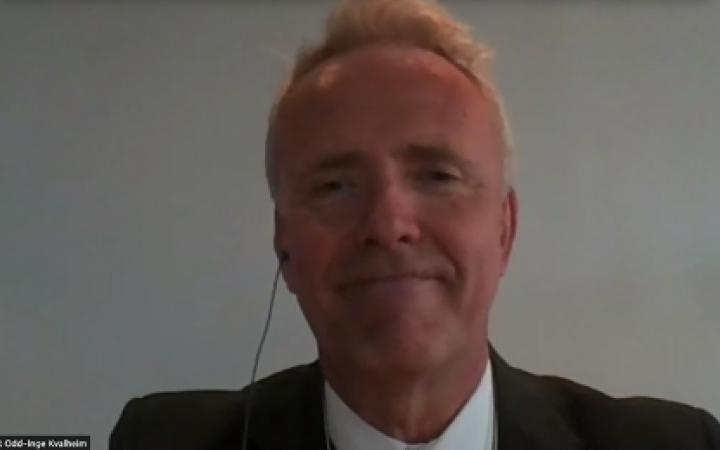 Partnering with Ms. Loraine Sievers, former Chief of the Security Council Secretariat Branch, co-author of The Procedure of the UN Security Council, and Director of the SCProcedure website (www.scprocedure.org), UNITAR is working to prepare incoming delegates for the rigors and challenges of serving as one of the Council’s E10 members. 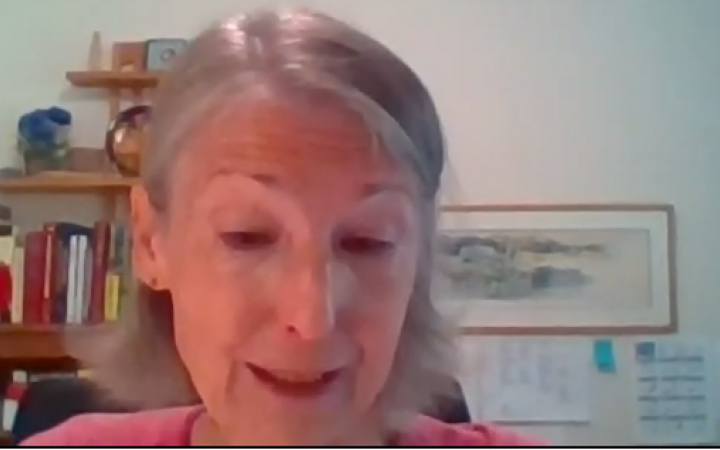 The second day of the series, which coincided with the first day of the General Debate of the 75th General Assembly, featured UNITAR facilitator Dr. Angel Angelov address the Norwegian deliver his presentation, “The Security Council at the Heart of the UN System,” which provided a helpful overview of the history and of the Council and its role today.

Lastly, Ms. Sievers discussed the foundations of the Council’s working methods and how they developed over the course of the history of the Council. 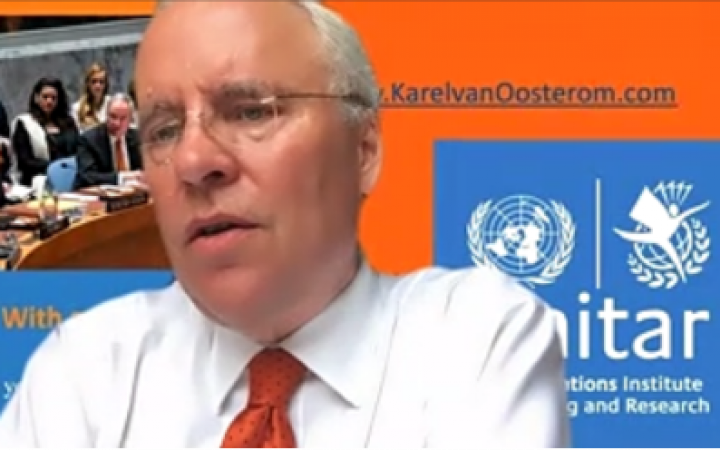 Day three opened with an introduction from Mr. Suazo who introduced the first speaker: H.E. Ambassador Karel J.G. van Oosterom. Amb. van Oosterom, the former Permanent Representative of the Netherlands to the UN who served on the Security Council in 2018, is currently the Dutch ambassador to the United Kingdom. He is the author of the recently published book “With an Orange Tie: A Year on the Security Council.”

Amb. van Oosterom summarized Norway’s history with the Security Council and provided an overview of the relationship between the Council’s permanent five members (P5) and the elected ten (E10) members. His presentation, “A Year in the Life of an Elected Member: Lessons Learned on the Security Council,” discussed the ‘who, what, where, when, why, how, and which’ that is needed to prepare for the Council.

Oosterom emphasized that Norway needs to communicate a clear political message and discussed his top three priorities which include: strengthening the blue helmets, prevention, and accountability. He would then communicate home what they were doing and why they were doing it through concrete stories. Additionally, the presentation covered how to establish a healthy work-life balance and manage stress while on the job.

Ms. Sievers then addressed the delegates and discussed the topics of Council working methods and the nature and differences between formal and informal meetings.

Day four was launched by Ms. Sievers who covered documentation in the Security Council, and included a focus on preparing the Norwegian delegation for their time as Security Council President.  Ms. Sievers made clear the benefits of thematic approaches when presenting issues during one’s presidency, so as to make issues brought forth highly effective and less prone to be overlooked or disregarded completely. 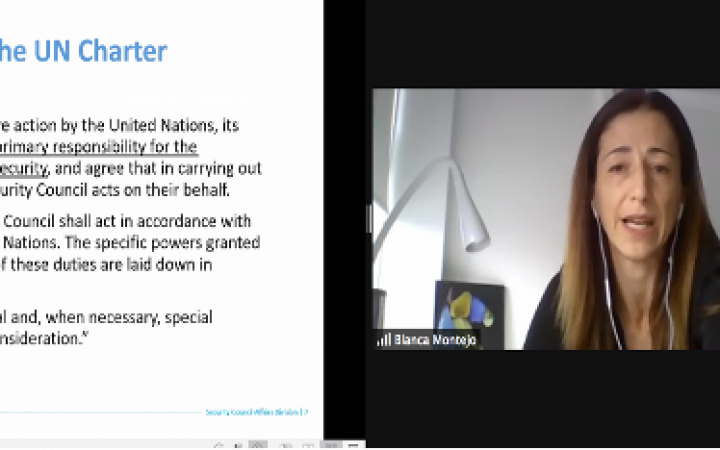 The session was then handed off to Ms. Blanca Montejo, Senior Political Affairs Officer at the Security Council Affairs Division (SCAD) who focused on the relationship of the Security Council to the General Assembly. Ms. Montejo discussed the key provisions within the UN Charter, as well as main areas of collaboration between the GA and SC. 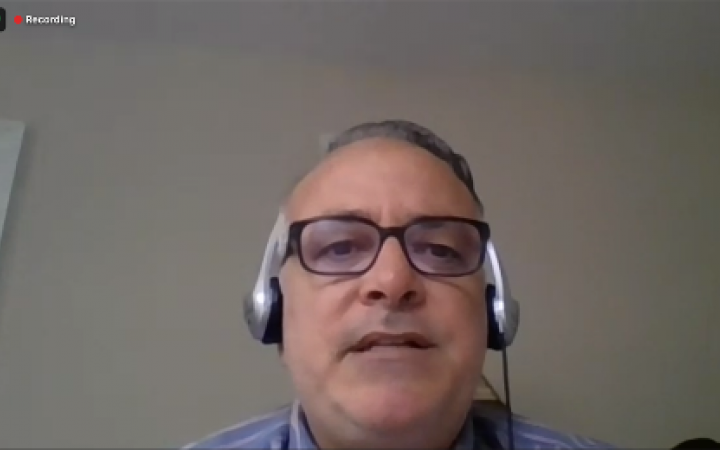 Mr. Davey McNab, Senior Political Affairs Officer at the Security Council Subsidiary Organs Branch, gave the last presentation of the day and spoke on subsidiary bodies of the SC, specifically the Sanctions committee. Mr. McNab overviewed the structure, processes and positions of subsidiary bodies, as well as certain authorities and privileges given to committee Chairs.

Mr. Suazo delivered concluding remarks and thanked both the panelists and the Norwegian delegation for their participation. This concluded the week-long Security Council training for Norway.