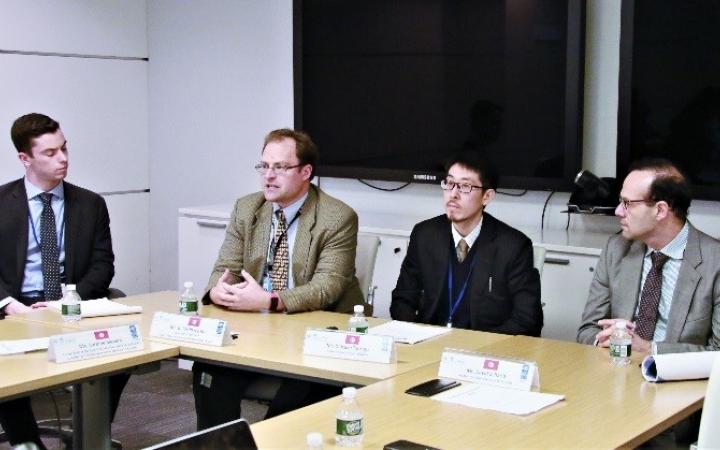 31 October 2019, New York, USA - The United Nations Institute for Training and Research (UNITAR) New York Office concluded its first training titled, “Practical Preparation for Membership in the United Nations Security Council” the Permanent Mission of Tunisia. The training, which took place over six days, began on October 21st and concluded on October 29th, 2019. In addition to the standard Security Council trainings, the Tunisian Mission requested additional courses on counter-terrorism, peace keeping operations and interactions with the press and media.

The second day of training was led by Ms. Marija D Rokuiziene from the Media Accreditation and Liaison Unit. Ms. Rokuizine briefed the Tunisian Diplomats on the role of press and media during the Security Council, and the rules and procedure for engaging with press. Ms. Loraine Sievers, Former Chief of the Security Council Secretariat Branch and co-author of the book The Procedure of the UN Security Council, concluded the second day with a session focused on an overview of meeting formats, including informal and formal meetings, “arria-formula” meetings and Toledo formula.

Ms. Sievers led the third session on the Documents of the Security Council and Peacekeeping Operations, which focused on the Documents Tunisia should expect to receive as a Security Council member. Mr. Peter Due, Director for the Asia and the Pacific Division of the Department of Peace Operations, spoke in the afternoon regarding Peacekeeping Operations at the UN, and the role of Security Council members in this matter. The first half of the fourth session, led again by Ms. Sievers, was a continuation of Security Council documentation, including reports of the Secretary-General, communication with Member States and non-state entities, as well as to the Council Presidency and Secretariat. 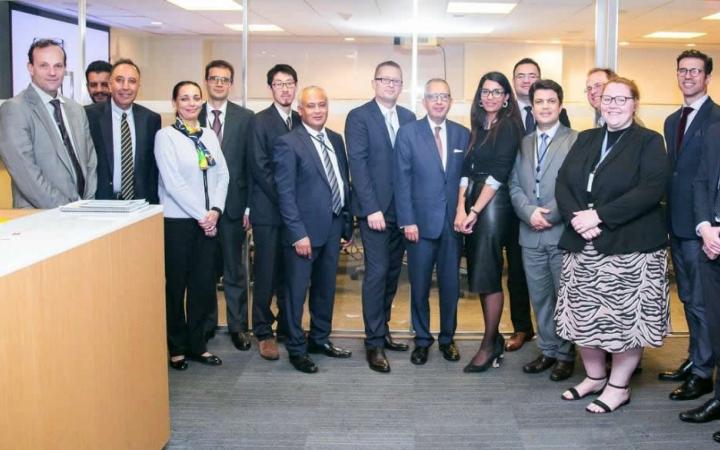 Ms. Loraine Sievers began the sixth, and final session of the Security Council Training. Ms. Sievers addressed the Tunisian Diplomat’s questions from previous sessions, and provided specific documentation to their missions needs. During the second half, Mr. David Scharia, Counter-Terrorism Executive Directorate; Mr. Daisuke Tsuruga, Security Council Affairs Division; and Mr. Justin Jepson, Chief of Security Council Subsidiary Organs Branch led a training on the role of the counter-terrorism committee. The three panelists discussed the work of the counter-terrorism committee, key guidelines and procedures, and the daily work of the committee.

H.E. Mr. Moncef Baati, Permanent Representative to the Mission of Tunisia, attended the conclusion of the training session, and distributed a Certificate of Completion to the nine Tunisian Diplomats who completed the training course with UNITAR. Overall, the Tunisian Diplomats asked meaningful questions, and were very engaged with the speakers. The panelists were flexible in providing documentation specific to Tunisia’s specific topics of interest as they arose throughout the training. At the conclusion of the session, the Tunisian Delegation, and H.E. Mr. Baati expressed great gratitude for the work conducted in the past week. UNITAR looks forward to seeing the work that the Tunisian mission will do on the Security Council in 2021. 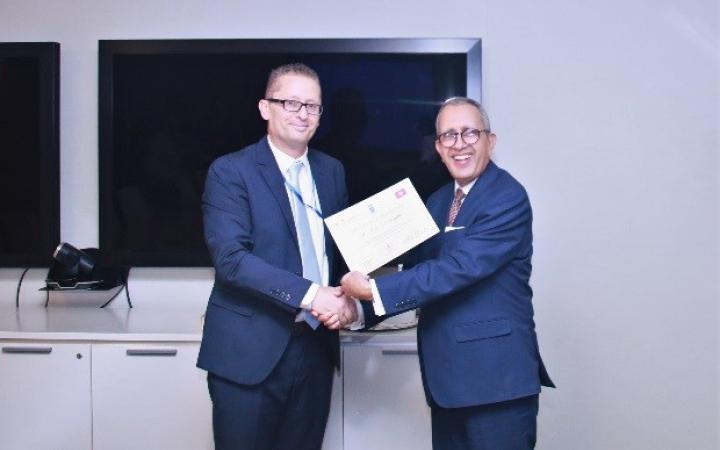 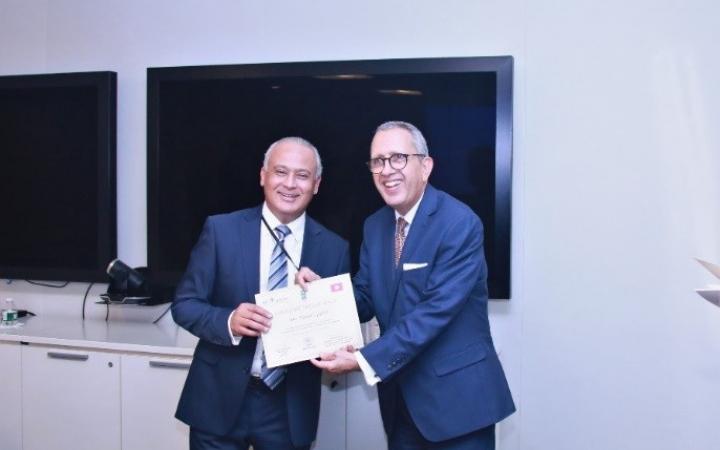 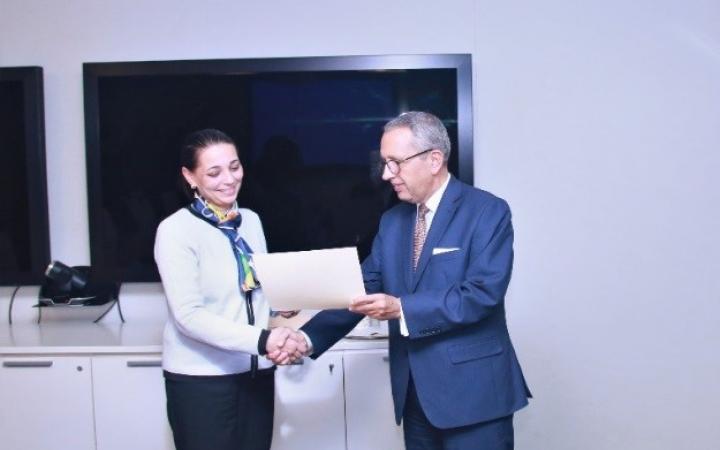