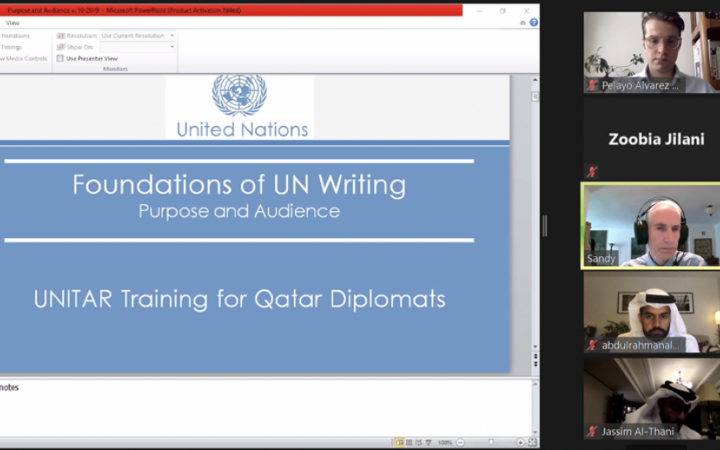 16 September 2020, New York, USA, Video  Conferences - The United Nations Institute for Training and Research New York Office (UNITAR NYO) rolled out its “Foundations of UN Writing” course on 16 September. This training is designed to prepare the diplomatic staff of the Permanent Mission of Qatar to the United Nations with the necessary knowledge of guidelines and best practices for writing while performing their duties at the United Nations. 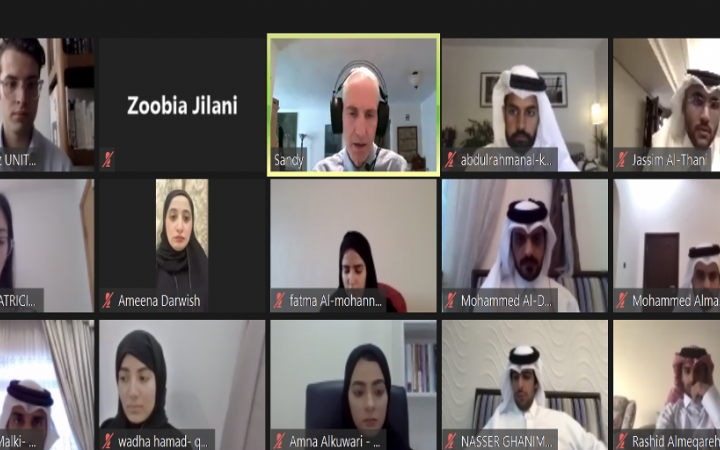 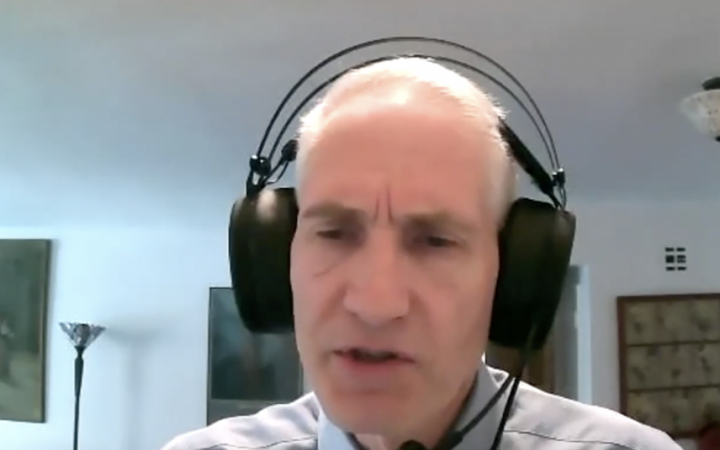 Mr. Singer introduced the delegates to what is considered best practices for writing documents while working at the UN - most critically the ability to deliver a brief overview of a given topic. The training emphasized the importance of understanding both the purpose of a delegate’s writing and the designated audience which shapes the resulting content and tone, among other variables including deadlines, length limitations, templates, and supervisor preferences. 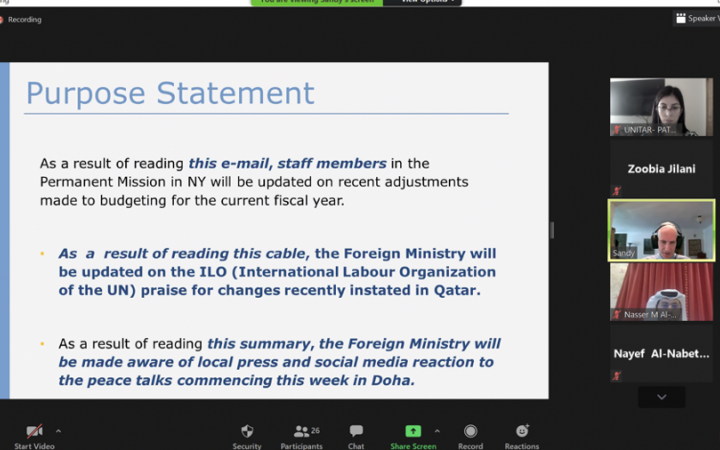 Following this discussion, the training then delved into the makings of a Purpose Statement, taking the delegates through multiple exercises to help practice writing a comprehensive Purpose Statement, showcasing desirable models to emulate. Some of the suggested revisions included shorter sentences, using “I” & “we” to engage readers, and utilizing action-oriented verbiage. Singer emphasized the importance of stating your intended purpose early in the document and tailoring your content to your audience’s needs. 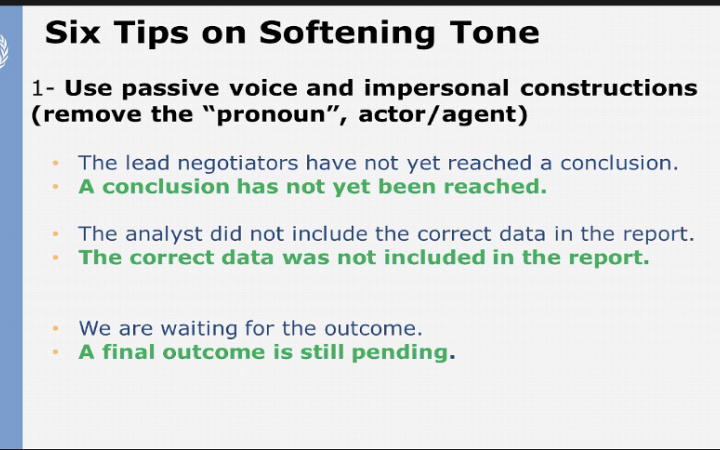 A short break commenced after Part Two, which was followed by a discussion of how to effectively communicate potentially negative or critical opinions without damaging diplomatic relations. Choosing positive and/or neutral construction and vocabulary was highlighted as an optimal path forward. Singer also covered six tips of softening the tone of one’s writing which included the following: use passive voice and impersonal construction, use euphemisms & words that leave room for interpretation, add qualifiers, hedges, and other softeners, use less negative language and ensure the language is gender-sensitive.

Mr. Alvarez concluded the training and briefed the delegates on the upcoming sessions. 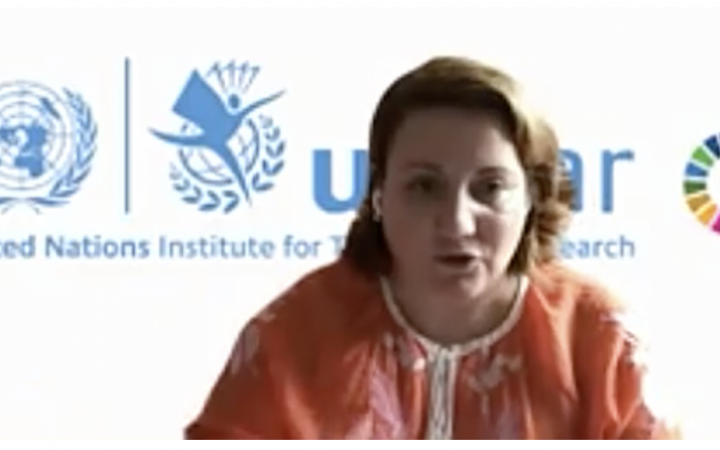 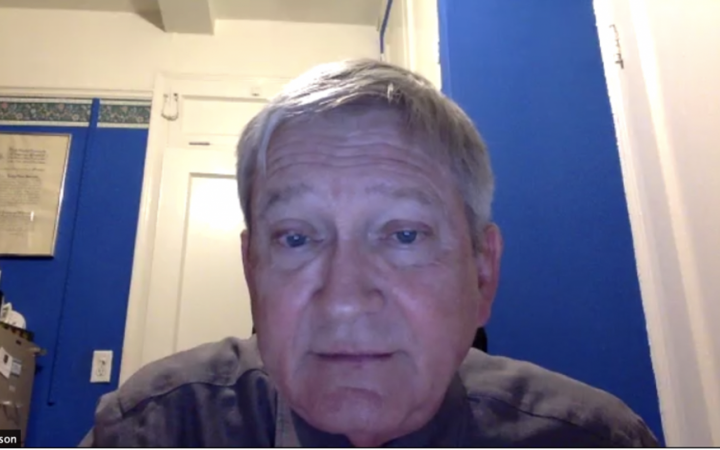 The closing module shifted the emphasis from negotiations to voting practices, rules of procedures, and the right of reply. Mr. Larry Johnson, adjunct professor of law at Columbia Law School and the former Assistant Secretary-General in the Legal Affairs led the whole-day session, offered insight on his experience working at the UN to the Qatar delegates. This workshop provided training on how to draft a UN Resolution, starting from the rules and terminology, to the process of underpinning its adoption. By the conclusion of this Module, Qatar delegates had a better understanding of the structure of UN resolutions. Rules and practices relating to the adoption of resolutions and decisions were also covered during the session. 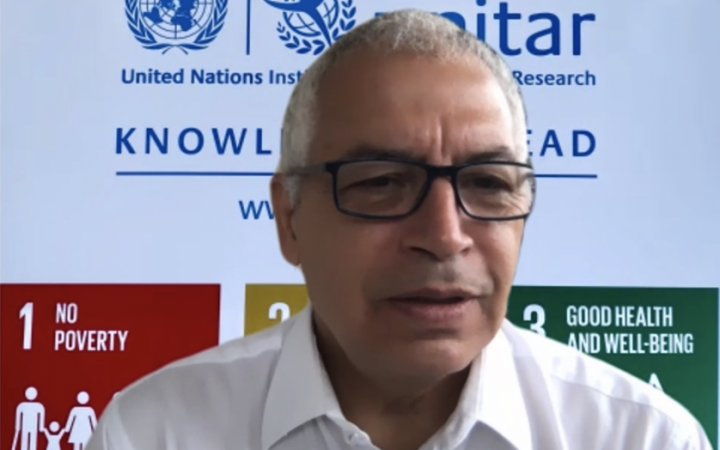 Mr. Suazo closed the session wishing the participants a successful assignment service as delegates of the Permanent Mission of the State of Qatar to the United Nations, and sharing his personal advice and takes given his experience in the multilateral arena and the United Nations System. The training concluded and the 22 participants attending the workshop received an official certificate from UNITAR, Head of New York Office office encouraged all participants to reach out in the future and reassured UNITAR will be there as a source of knowledge and support during their tenure at the Headquarters.