5-6 September 2019, New York, USA - The United Nations Institute for Training and Research (UNITAR) New York Office hosted the third and final sessions of its Orientation Course for New Delegates on the Fifth Committee at Conference Room 12, United Nations Headquarters. The third session focused on United Nations Reform Practices; Scale of Assessment and Human Resource Management. The final session on September 6th explored the resolution procedures for the Fifth Committee, as well as the UN Budget Process. 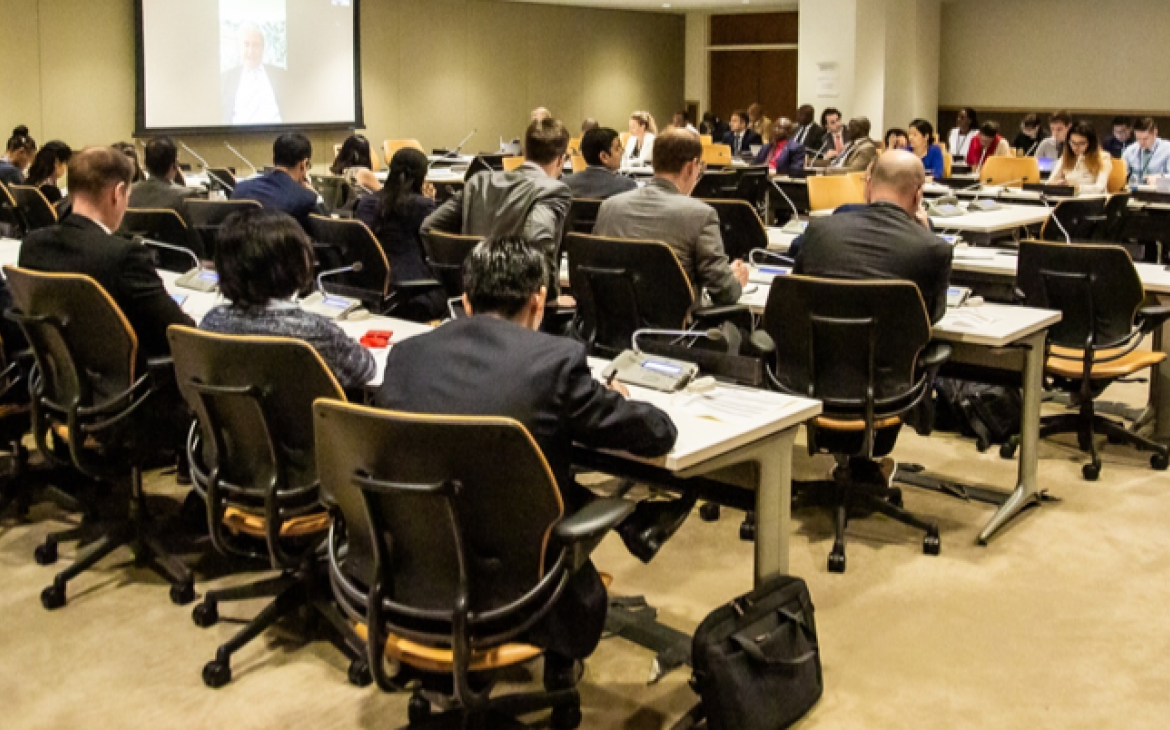 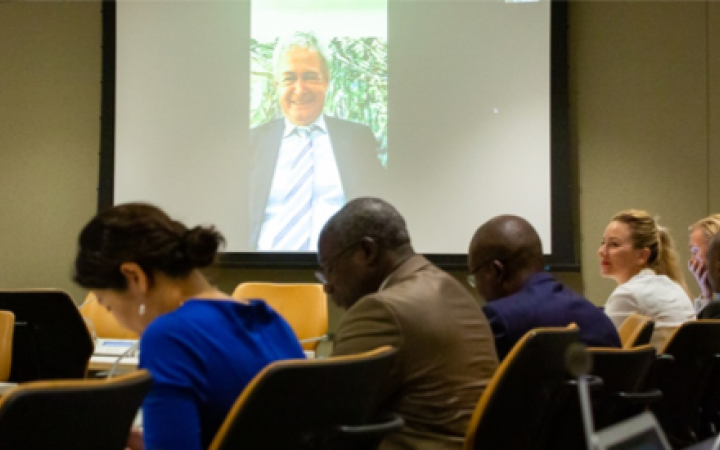 The third session of the orientation course began with a formal introduction by Mr. Marco Suazo of the incoming President of the Fifth Committee of the General Assembly (GA), H.E. Mr. Andreas D. Mavroyiannis. Through a video call, the President spoke briefly to the new delegates, indicating his eagerness to work with them and confidence in their abilities to complete their duties. He also shared his vision for a well-functioning Fifth Committee. 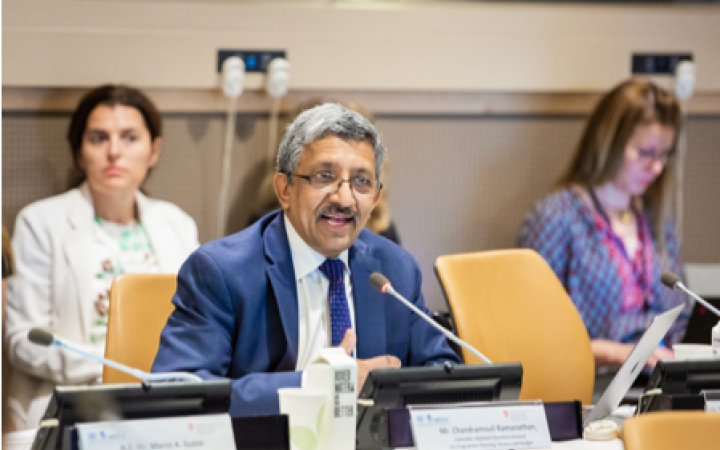 Following this address, Mr. Chandramouli Ramanathan, Controller, Assistant Secretary-General for Programme Planning, Finance and Budget in the Department of Management Strategy, Policy and Compliance, utilized the next segment to make necessary clarifications on the “dire financial situation” within the UN. Through his presentation on UN’s funding, he compared the timeline of cash flow from Member-States with the actual pertinent expenditure within the organization. He explained that this imbalance, in addition to other factors, contributed to the existing financial challenges. He then proceeded to suggest possible solutions which would aid in improving the current condition of the UN's finances. He concluded by answering questions from the audience. 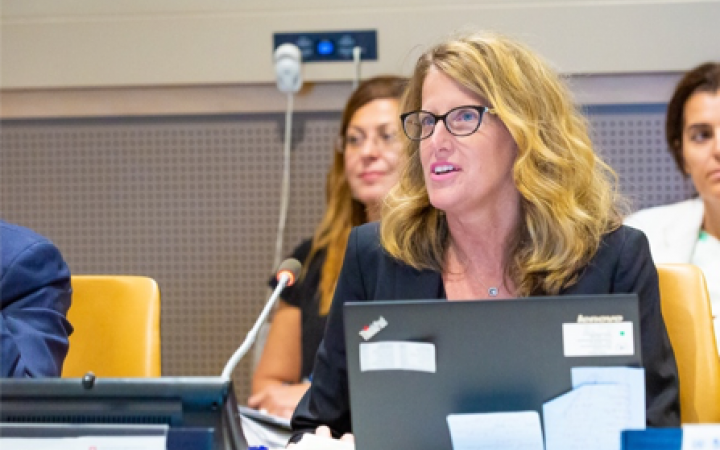 The next panellist, Ms. Sharon Borsits, began discussions on the “Scale of Assessment” by providing some insightful background on her journey into this field of work. Following the topic’s overview, she discussed the 10 steps of assessment which were divided into four distinct categories, namely, Income (step 1); Relief Measures (steps 2-6); Limits to the Scale (steps 7-9); and the Machine Scale (step 10). Throughout the presentation, she provided examples of the scale in use and closed out the session by responding to inquiries from the delegates in attendance. 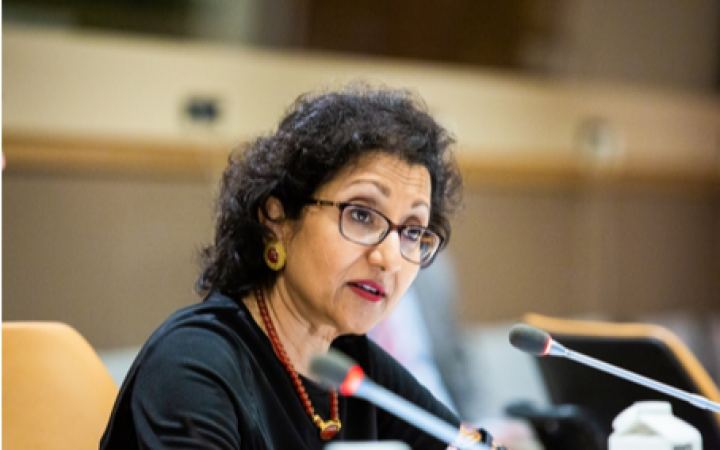 The final speaker of the day was Ms. Aruna Thanabalasingam, Director, Administrative Law Division, Department of Management Strategy, Policy and Compliance, who covered the topic of ‘Human Resources Strategy and Resolution’ and ‘Human Resources Management’. Ms. Thanabalasingam provided a brief overview of the Office of Human Resources’ (OHR) Role, Functions and Structure. She also delved briefly into the four UNGA Resolutions that were key to the role of the OHR. She also engaged with delegates in a Question and Answer Session, bringing the day’s training to a close. 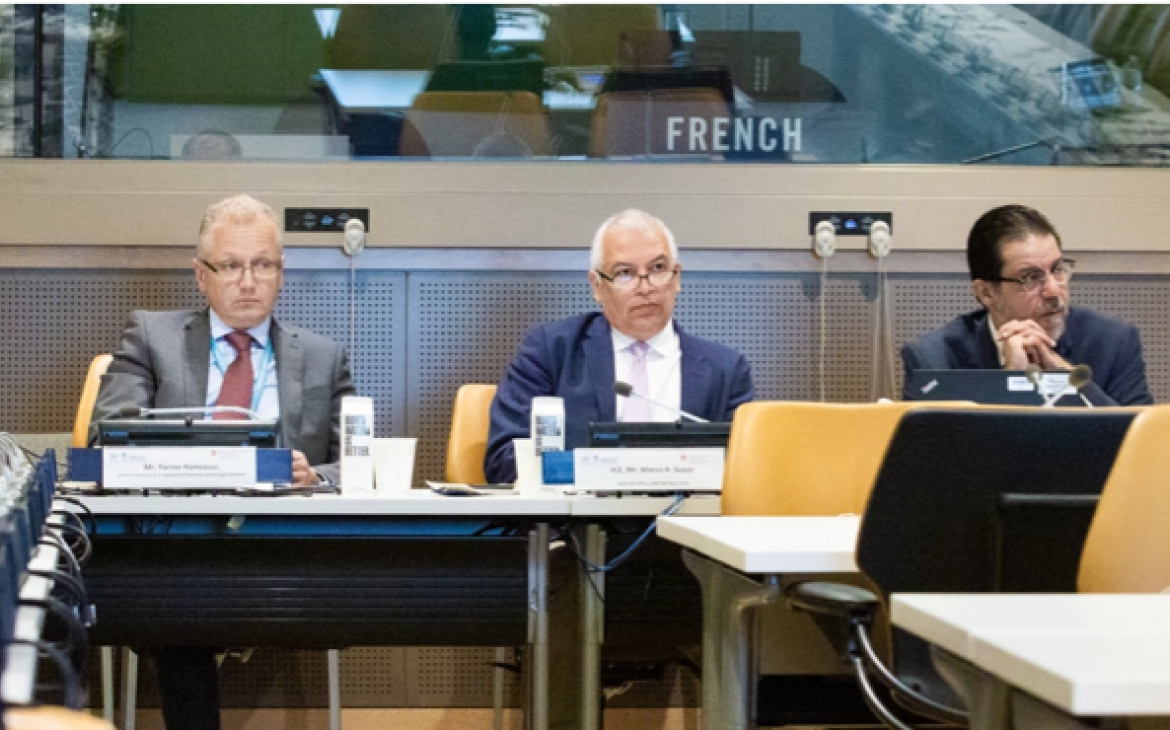 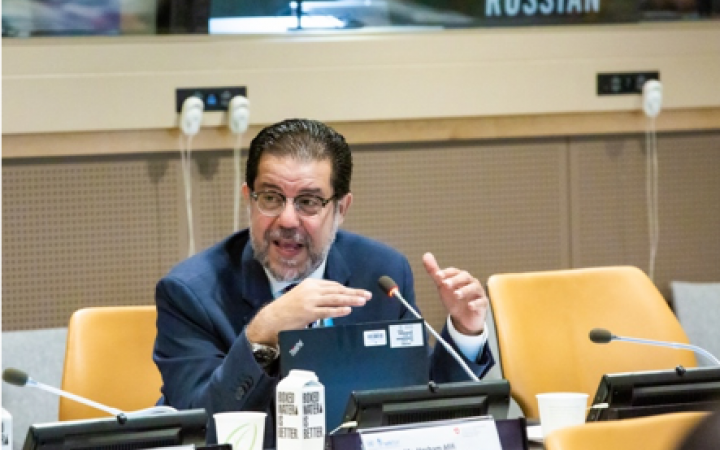 Mr. Afifi discussed on the topic “Resolution Process (Drafting Exercise); Rules and Procedure and Drafting Budgetary Resolutions Exercise for Fifth Committee.”  Mr. Afifi began by exploring the definition of resolution as the “reflection or codification of the collective Agreement of Member-States” and the underlying purpose which is to “reach a consensus rather than resorting to a voting process.” He then discussed the uniqueness, purpose and timetable of the three sessions of the Fifth Committee, especially regarding the financing of Peacekeeping operations. Mr. Afifi also effectively discussed the relationship between the Fifth Committee and the Advisory Committee on Administrative and Budgetary Questions (ACABQ). He described the ACABQ’s role of making observations, conclusions and recommendations which are submitted as reports to the GA and explained that these reports form the basis of the draft resolutions and decisions that are recommended by the Fifth Committee. After a brief recap of the basics of drafting the General Assembly resolutions, Mr. Afifi explored the differences between Resolutions and Decisions. He further expounded on the General Assembly Rules of Procedure, as well as the Fifth Committee practices, i.e.  Consensus; Secretariat Role; Levels of Negotiation and Phases of Resolutions. He also discussed resolution texts; Preambular Paragraphs; Terminologies and Operative Paragraphs. Following his presentation, Mr. Afifi opened the floor for questions to delegates. 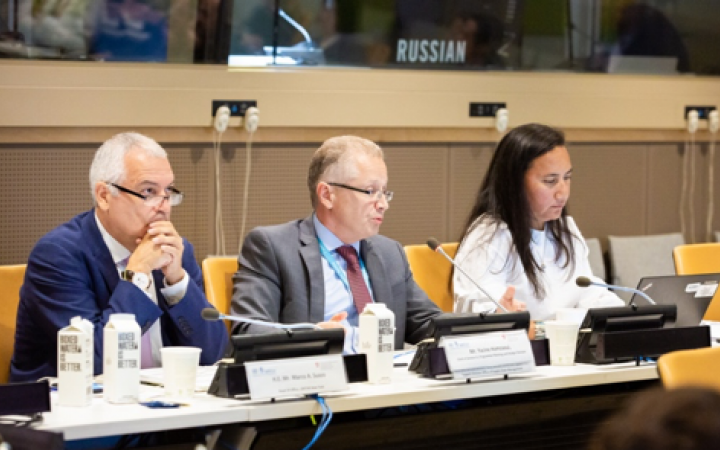 The final topic for the course was on “The UN Budget Process” presented by Mr. Yacine Hamzaoui, Chief of Service III, Programme Planning and Budget Division (PPBD). Mr. Hamzaoui started by introducing his co-panellist, Ms. Shalom, Chief of Policy Coordination Unit, (PPBD). He then clearly described the various aspects of the Legislative Framework; General Assembly and Security Council Resolutions. He also covered the Planning Financial regulations and rules; Concepts and terminology and Overall Budget Level. He further explained the Concepts and Terminology of the Budget Process and elaborated on the Peacekeeping budget in order to bring some context to the budget process cycle.

Assisting Mr. Hamzaoui, Ms. Shalom concluded this segment by focusing on the Implementation, Monitoring and Reporting; Facilitation of intergovernmental deliberations and financial and budgetary decision-making by the General Assembly, as well as the Reporting stages of the budget cycle. 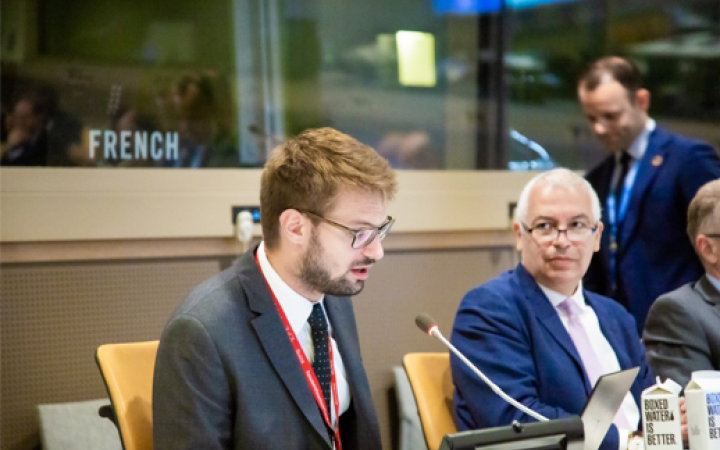 Following an interactive Q & A Session, Mr. Suazo thanked the participants for investing their time towards understanding the various aspects of the Fifth Committee and encouraged them to embrace the challenges and opportunities ahead. He conveyed his deep gratitude to the Permanent Mission of Switzerland for sponsoring this pertinent and well-received orientation course. In response, Delegate of the Fifth Committee, Mr. Felix Wanner, who was representing H.E. Mr. Jürg Lauber - Permanent Representative of Switzerland to the United Nations, thanked UNITAR for this collaboration and for successfully executing the course.  Bringing this enriching orientation event to a close, Mr. Suazo expressed optimism that through the course’s evaluation feedback, UNITAR would offer more effective orientation courses to delegates in the future.