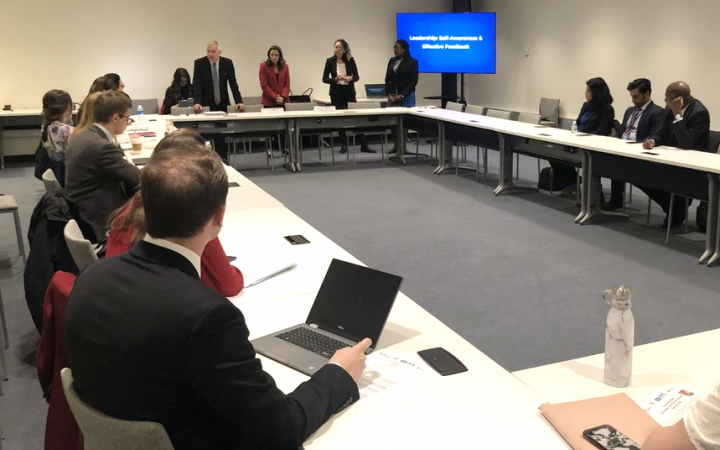 4 March 2020, New York, USA - The United Nations Institute for Training and Research (UNITAR) New York Office, in collaboration with Columbia Law School, hosted the first lecture of a three-part series with Columbia Law School on Leadership & Self-Awareness. This activity is supported with funding allocated from the Swedish International Development Agency’s (SIDA) contribution to the UNITAR Strategic Framework Fund and hosted at the United Nations Headquarters. 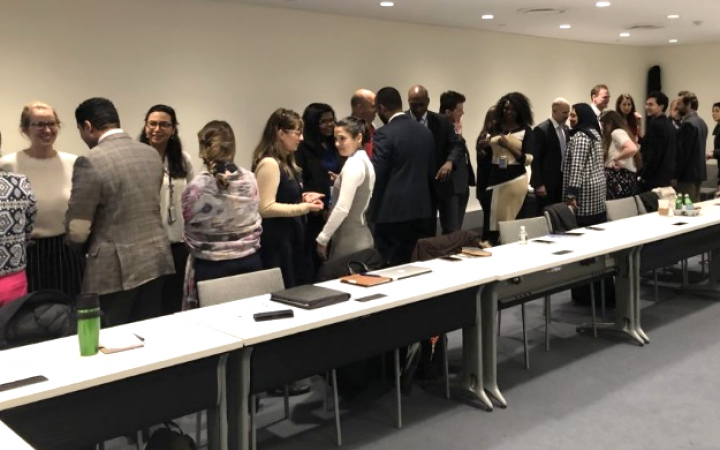 Following introductions, Professor Alexandra Carter, Ms. Melissa Meza, and Ms. Udoka Okafor spoke on the key themes of the day’s workshop: the importance of self-awareness and effective feedback in facilitating good leadership. The participants were guided through an introductory exercise, which highlighted the significance of personal and cultural interpretations in diplomatic negotiations. The workshop then moved on to the concept of self-awareness in leadership. The presenters stressed that a leader’s self-awareness is conducive to increased confidence, better decision-making, stronger relationships, and more effective communication in the workplace. Also highlighted was the style in which an individual reacts to conflict and how increased self-awareness of these tendencies can improve conflict resolution skills. 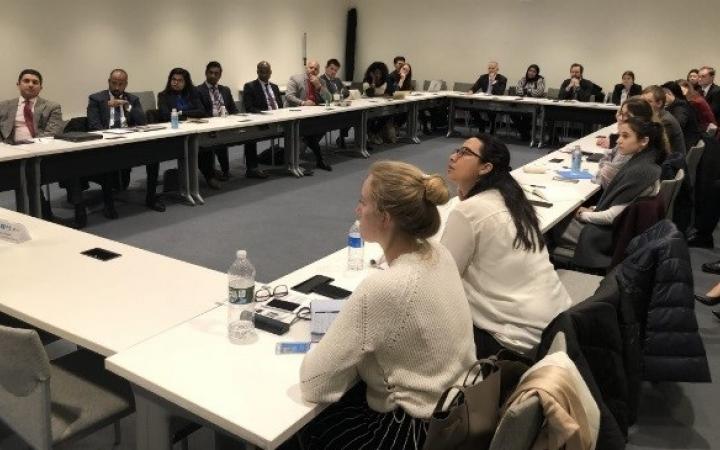 The topic of conversation then moved toward active listening. The presenters suggested ways to indicate active listening, which included non-verbal cues such as eye contact and facial expressions, as well as verbal cues such as clarification and summarization of the facts, feelings, issues, and interests of a statement. This preceded an active listening exercise for the participants in which they grouped together and noted these characteristics of one another’s stories. Leadership styles were also touched upon. The presenters highlighted four leadership archetypes and the importance of acknowledging your own, as well as how to adapt this to the needs of your organization. 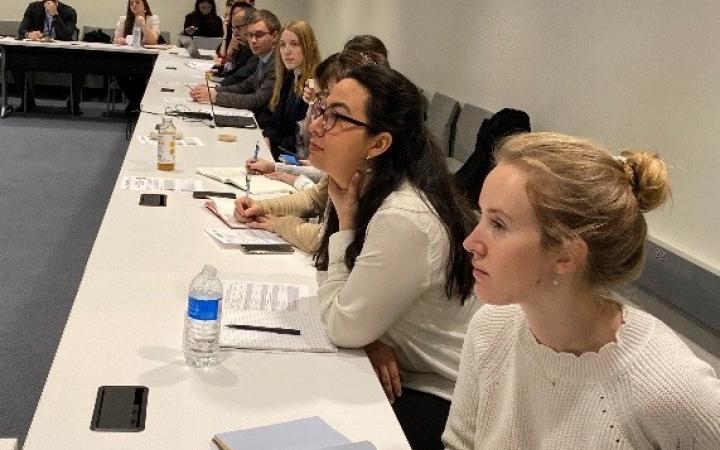 After lunch, Ms. Jeeyoon Chung and Ms. Jessica Barragan, law students at Columbia Law School, facilitated the conversation on cultural intelligence and the importance of adapting to different cultural norms. The presenters stressed that self-awareness of the cognitive, physical, and emotional components of cultural intelligence are instrumental in one’s approach to conflict and in the effectiveness of resolution strategies. Another group exercise followed, with participants challenged to communicate their point in a non-verbal fashion. The conversation then shifted to the need for effective feedback in the workplace. Tips for providing effective feedback were delivered in the form of a “sandwich” analogy: the first piece of bread being praise for strengths and good performance, the meat being constructive criticism on areas for improvement, and the final piece of bread being praise on an individual’s ability to adapt and modify successfully. This method ensures that one feels confident in their ability to improve. This led to an exercise in which the group gave varying levels of feedback to a group of four in completing a task, which exemplified the merit of specificity in feedback.

At the conclusion of the training, the presenters thanked delegates for participating and further promoted the continuation of the Columbia Law School Series. The first lecture in the series was highly interactive, with participants engaging in deep discussion and participating in small-group activities. UNITAR is looking forward to hosting the second and third parts of the Columbia Law School Series, taking place in 22nd of April and first week of May, respectively.