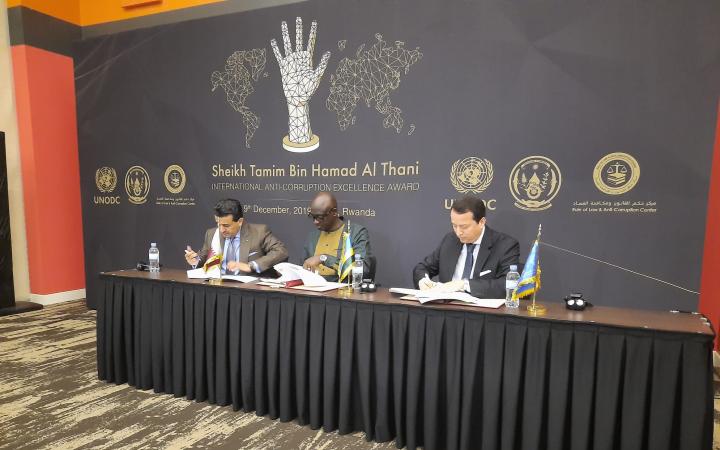 9 – 11 December 2019, Kigali, Rwanda – UNITAR collaborated with the Rule of Law and Anti-Corruption Centre (ROLACC) to host a Training of Trainers (ToT) workshop on Anticorruption and Sustainable Development in Kigali, Rwanda from 9-11 December 2019. In the framework of this event, UNITAR also signed a partnership agreement with the State of Qatar and the Government of Rwanda, aimed at future joint anti-corruption training activities.

The workshop focused on residents from Africa and other parts of the world, as part of the ongoing global efforts to build capacity in fighting corruption. Over 30 people were in attendance, including government officials working directly on anticorruption matters. The attendees represented the following countries: Rwanda, Senegal, Nigeria, The Gambia, Kenya and Ivory Coast. The training sought to increase participants’ knowledge on problems of corruption and its link with sustainable development, while simultaneously enhancing participants’ capabilities to design and deliver training programmes. This was accomplished during 8 training sessions over the course of 3 days.

In the afternoon of the first day, participants were invited to the 4th International Anti-Corruption Excellence Award Ceremony (ACE Award). The ACE Award is presented annually in cooperation with the United Nations Office on Drugs and Crime (UNODC) in Vienna on or around International Anti-Corruption Day (9 December). It is presented in appreciation to those who have contributed to the global fight against corruption, whether at a local, national or international level. The award honours individuals and institutions that have dedicated themselves to combating corruption in accordance with standards and specifications set for the award.

On the second day, training was officially opened with remarks from H.E. Dr. Ali Bin Fetais Al Marri (Chairman of the Board of Trustees of ROLACC), and Mr. Alex Mejía (Director of the Division for People and Social Inclusion of UNITAR). After the welcome remarks, participants had the opportunity to interact directly with the winners of the 3rd International Anti-Corruption Excellence Award, who presented and discussed their work. 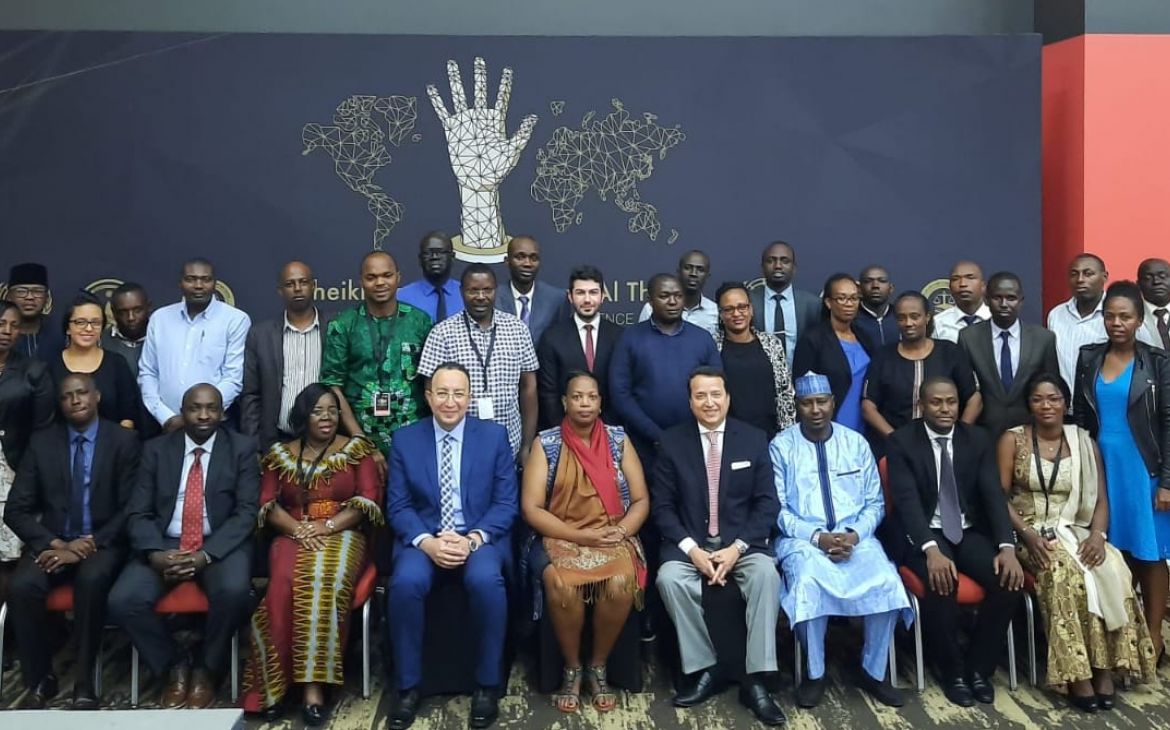 This was followed by the first training session, in which participants gained an overview of corruption, in addition to its linkages with poverty and development. Attendees also learned about the importance of training, the role of a trainer, and the main principles of adult education. The second session provided participants with an overview of core elements of training on anticorruption.

The third day included sessions on the basic steps for designing a training programme. Participants learned about the training cycle, particularly the analysis and design phases. Session 4 was delivered virtually by Ms. Tania Hummel, Lumina Learning Expert in the United Kingdom. This session explored the Lumina physiological approach to leadership and allowed participants to become more self-aware of their communication style. In Session 5, participants discussed the different levels of evaluation and their applicability to training programmes. Discussions revolved around the importance and challenges of evaluating changes in behaviour and definitive impact in the context of fighting corruption.

Session 6 focused on public speaking skills, using practical examples and discussing (in detail) effective communication, active listening, and non-verbal communication. Session 7 explored the core elements of sustainable development for trainers. Three participants were asked to volunteer for an exercise to rehearse as trainers. The three volunteers were given texts on anticorruption, SDGs, and public policy. The participants were first video recorded while reading the text. Subsequently, they were asked to present in front of the camera what they had read without access to the text.

The final session involved analysing the videos of the 3 participants, discussing how they spoke in public and behaved in front of the camera. Feedback was given to all participants, after which they had the opportunity to record one more time. The final videos demonstrated an improvement in their delivery and conciseness in front of the camera. With this session, the training came to an end and trainees were awarded with certificates. Dr. Yasser Refaie, Director of the Rule of Law and Anti-Corruption Center in Doha, Qatar highlighted the importance of replicating similar training initiatives in order to further strengthen capacities to fight anti-corruption.