14 December 2021, New York, USA - The United Nations Institute for Training and Research (UNITAR), together with the Global Foundation for the Performing Arts (GFPA), successfully hosted Building Resilience Through Hope, a piano recital in Carnegie Hall on the night of December 9th, 2021. Costa Rica, the Republic of Maldives, the Principality of Monaco, the Sultanate of Oman, the Republic of Rwanda and the Republic of Singapore have jointly sponsored the event. More than one thousand people with valid vaccination proof have attended the piano recital. 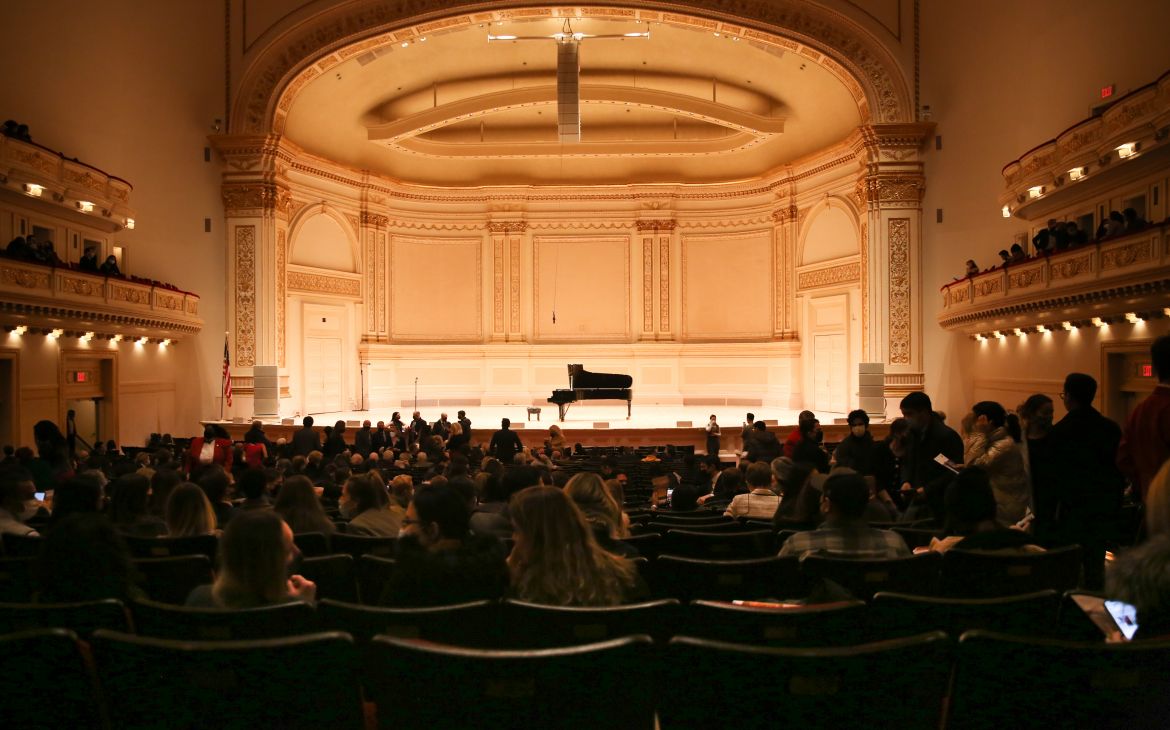 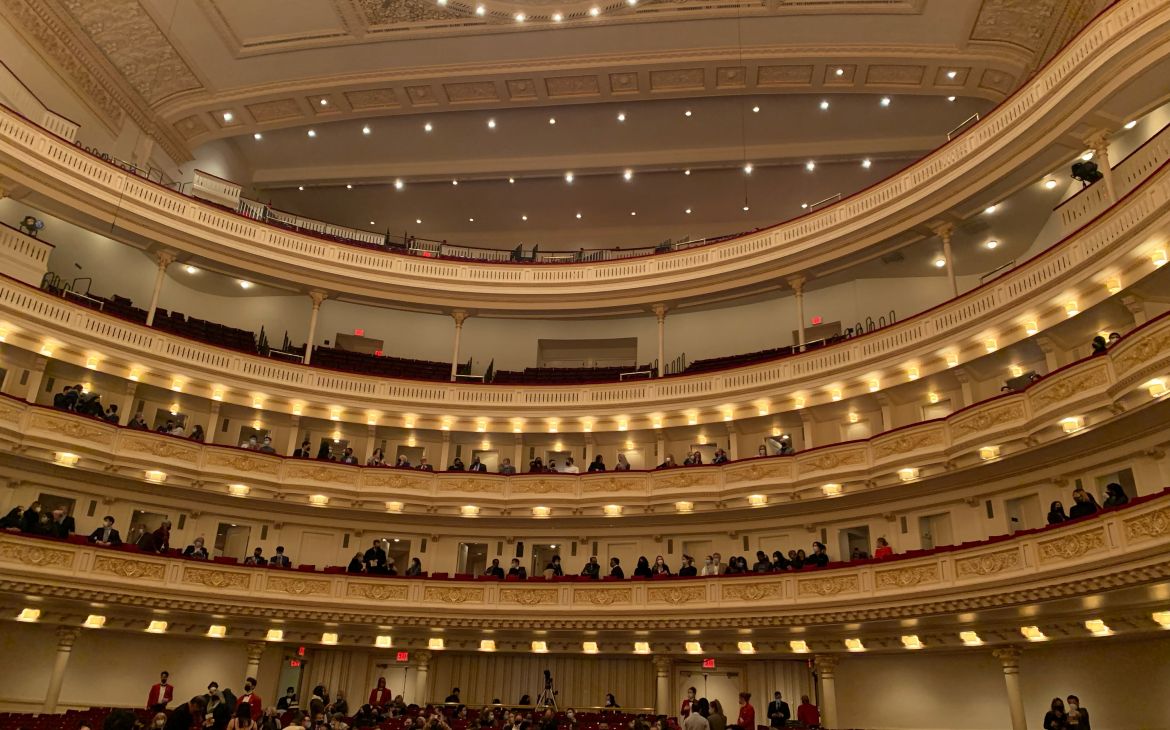 As H.E. Mr. Abdulla Shahid, President of the 76th session of the United Nations General Assembly, stated: “My presidency will be a presidency of hope. One that looks to deliver for people, for the planet and for prosperity.” In line with His Excellency’s mission for his Presidency, this piano recital aims to bolster hopes of recovery from COVID-19, rebuild sustainability, respond to the needs of the planet, respect the rights of people, and revitalize the United Nations. This recital honored the work of the President of the General Assembly, and the diplomatic and UN staff community.

The concert pianist, Mr. Byron Wei-Xin Zhou, is a conspicuously gifted young musical talent with the virtuosic approach of the highest caliber suggesting the promise of an international career on a notable level. Currently included on the artist roster of the GFPA, Mr. Zhou, the First Prize award winner for the 2007 Virginia Waring International Piano Competition (originally Joanna Hodges International Piano Competition), has performed over 100 recitals in America, Asia, and Europe. 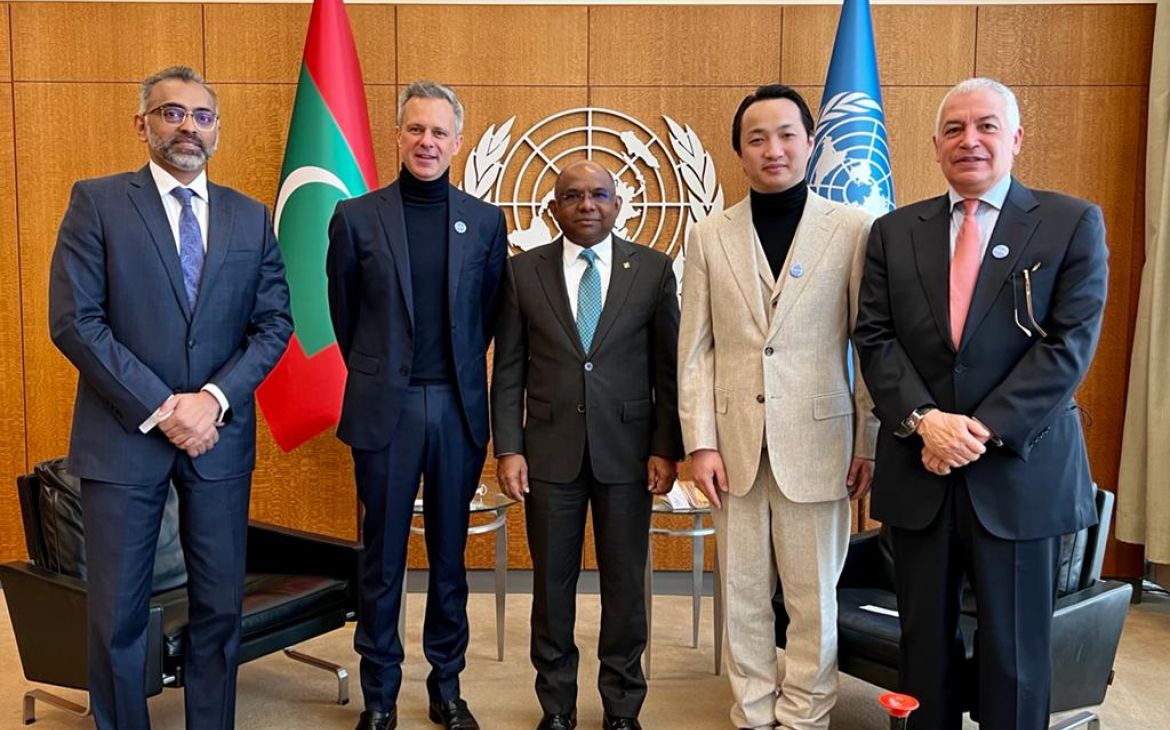 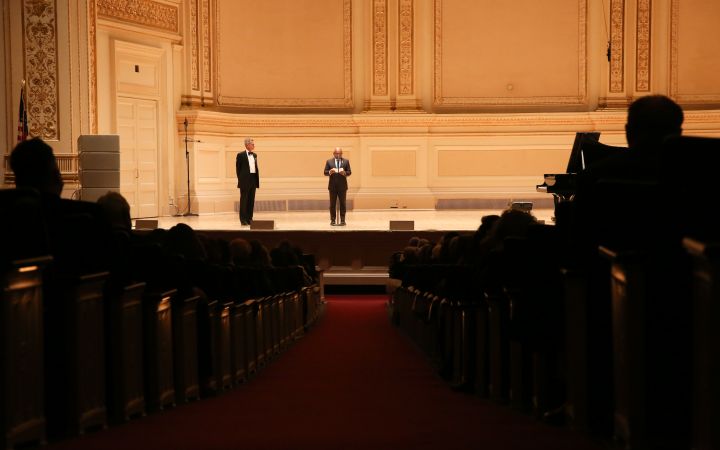 Introduced by Mr. Marco Suazo, the head of the UNITAR New York office, Mr. Zhou and the president of the board of the GFPA, Mr. Benjamin Woodroffe, briefly greeted and discussed the upcoming performance with the President of the 76th session of the United Nations General Assembly a day prior to the piano recital. Three parties exchanged their best wishes for the success of the event, and expressed their appreciation for GFPA and its lifelong commitment to bringing classical arts to the public, and making it more accessible to people from different backgrounds.

On the night of the piano recital, President Mr. Woodroffe shared his excitement as artists around the world are returning to stages under a safe and healthy guideline. He also emphasized the importance of UNITAR as a facilitator and an enabler for tonight’s event. As the dedicated training arm of the United Nations, UNITAR commits itself in actively advancing knowledge and training platforms during a turbulent time to accommodate more learners, across industries, to benefit from its resources. 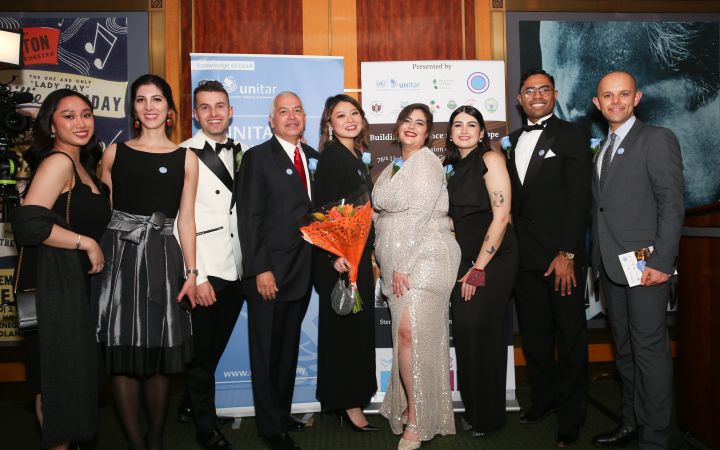 In Mr.Shahid's keynote speech, he mentioned that the theme of the piano recital has brought a positive note to the work of the United Nations. As the United Nations and its diplomatic community are preparing for the new year, music is a great way to resonate with people from different communities. He is hopeful that with effective and productive collaborations and partnerships, the United Nations will be able to reach and benefit more people in a post pandemic world.

UNITAR has started its collaboration with GFPA since 2018. The relationship has flourished during the past few years, despite disruptions. The UNITAR family has been working hand in hand with several countries, in particular those with special situations. This recital served to Build Resilience Through Hope, and for this purpose, member states, the international community, United Nations staff, and civil society reunited here at the Carnegie Hall to celebrate the 76th session of the General Assembly through music.