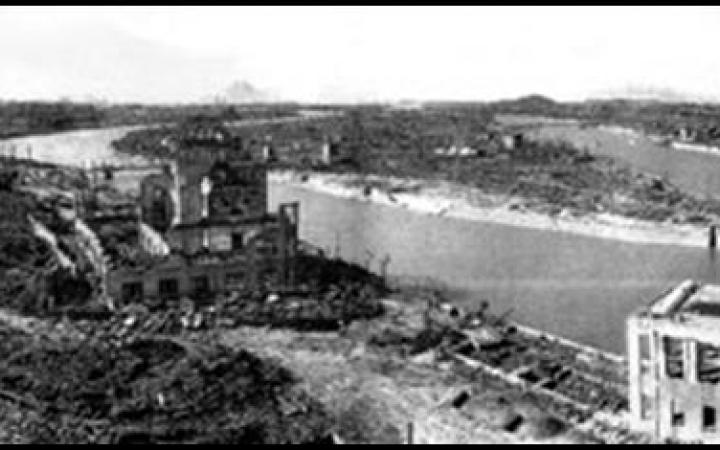 The Swiss Federal Institute of Technology (EPFL) and the United Nations Institute for Training and Research (UNITAR) will launch on 24 April, in Hiroshima, the International Architectural and Urban Planning Prize in Post-Conflict Reconstruction, to be awarded on a biannual basis by an international jury. The initiative comes under the auspices of a larger collaborative effort between EPFL and UNITAR and aims to encourage the advancement of research in urban planning and architecture as it contributes to fostering peace and reconstruction after conflict.

The inspiration for the initiative has been provided by Hiroshima’s Peace Memorial Museum and Park. The Memorial, since 1996 a World Heritage site, remains, almost 60 years after its design by Kenzo Tange, a powerful symbol - not a war memorial per se, nor a remote monument, but very much the centerpiece for the reconstruction of the city, part and parcel of its modern-day fabric, and a constant presence in the daily life of its citizens. For thousands of people, Hiroshima is also a place of prayer and meditation, for some even a cemetery, holding the remains of loved ones. Around the world the city represents an iconic anti-nuclear and peace symbol. For all the above reasons and more, UNITAR, as the first and only UN presence in the city, has come to recognize the universality of the message conveyed by Hiroshima and the intricate but powerful message of its reconstruction: the Memorial as an impetus for Hiroshima‘s reconstruction, and the city’s successful reconstruction as a framework allowing the Memorial to retain such a powerful universal message.

The EPFL-UNITAR prize aims to bring a better understanding of the historic and pragmatic lessons of conflict to a larger audience and to give hope and inspiration to today's post-conflict societies. It further seeks to highlight the intrinsic relationship between the tangible and the intangible, thus forcing a deeper reflection on universal human values that must persist. It calls for a better understanding of the role that reconstruction in general and memorials in particular have to play following war and mayhem, so that the lessons of history are not easily discarded. More practically, the prize aims to reward and motivate architects, engineers and planners working in or for developing countries who are aiming to give shape and form to their aspirations.

The success of the operation depends on the capacity to mobilize the government of the selected country as well as academic institutions, professionals and civil society. The management of the prize will be based in both UNITAR and EPFL: UNITAR will provide operational and strategic support, using its extensive networks of contacts, EPFL will coordinate the scientific and technical components.

A Panel composed of UNITAR, EPFL and partner organizations, as well as internationally renowned architects and urban planners will be established. The country/municipality/location of the theme will also be part of the Panel.

Subject
Every two years, in consultation with State parties to the United Nations and related local governments, the co-organizers will select one country/location/theme to be the subject of the prize. The State parties and related local governments shall provide information related to the site and surrounding social conditions. While the scope of proposals will be at the discretion of participating teams, proposals should be practically realizable.

For the 2009 session, the organizers will identify a site in Afghanistan.

Conditions of participation
The prize is open to selected academic institutions and professionals worldwide who will participate based on an invitation only basis. For participants of academic institutions, the projects are to be developed by teams of students who are officially enrolled at the school to which they belong and who are guided and coordinated by a professor from the same institution (professor, junior faculty or other). The participants are free to decide how they wish to structure the team (number of people, students and tutors.)