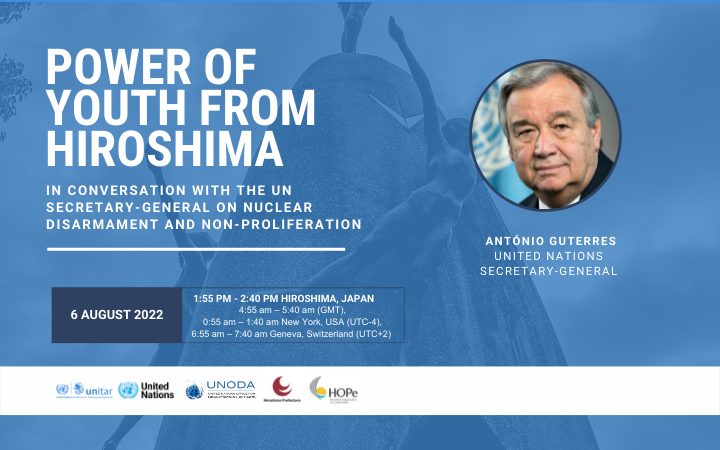 Power of Youth from Hiroshima

2 August 2022, Hiroshima, Japan – 6 August 2022 marks 77 years since an atomic bomb was dropped on Hiroshima. To commemorate the day, youth from across Japan will have a heart-to-heart talk with António Guterres, Secretary-General of the United Nations, about their ideas and solutions for achieving a peaceful, more secure and sustainable world – one without nuclear weapons. The informal, in-person gathering will be held in Hiroshima in parallel with the annual Hiroshima Peace Memorial Ceremony. The session will be livestreamed in English and Japanese via YouTube.

This is the first time the Secretary-General will attend the Hiroshima Peace Memorial Ceremony, which is held annually on 6 August.

The Secretary-General’s visit to Hiroshima comes against a backdrop of global discussions on nuclear disarmament. The First Meeting of States Parties to the Treaty on the Prohibition of Nuclear Weapons (TPNW) was held in Vienna (21 to 23 June 2022). The TPNW entered into force on 22 January 2021. From 1 – 26 August 2022, the Tenth Review Conference of the Parties to the Treaty on the Non-Proliferation of Nuclear Weapons is taking place in New York, after being postponed from 2020 due to the COVID-19 pandemic.

What: Informal dialogue session between the United Nations Secretary-General António Guterres and youth in Japan who are active advocates for nuclear disarmament

Livestreaming: The public is invited to watch on the following channels. No registration necessary.

Who: The UN Secretary-General and local youth in Japan will attend the session. 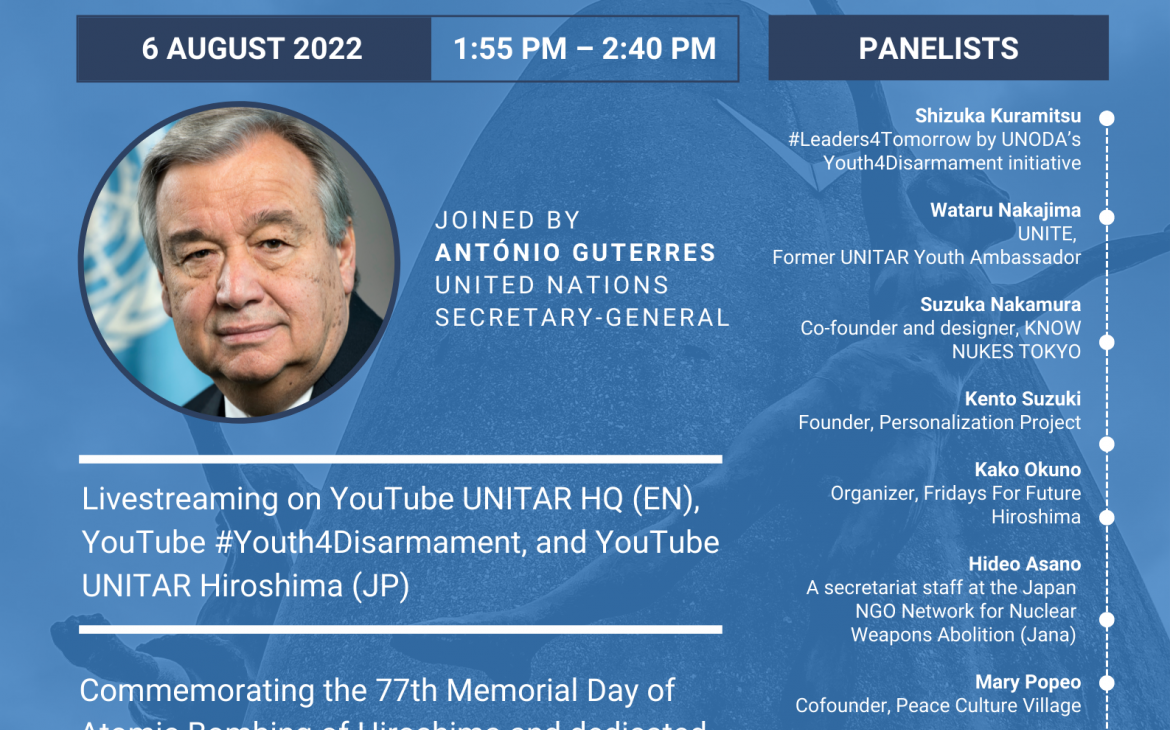 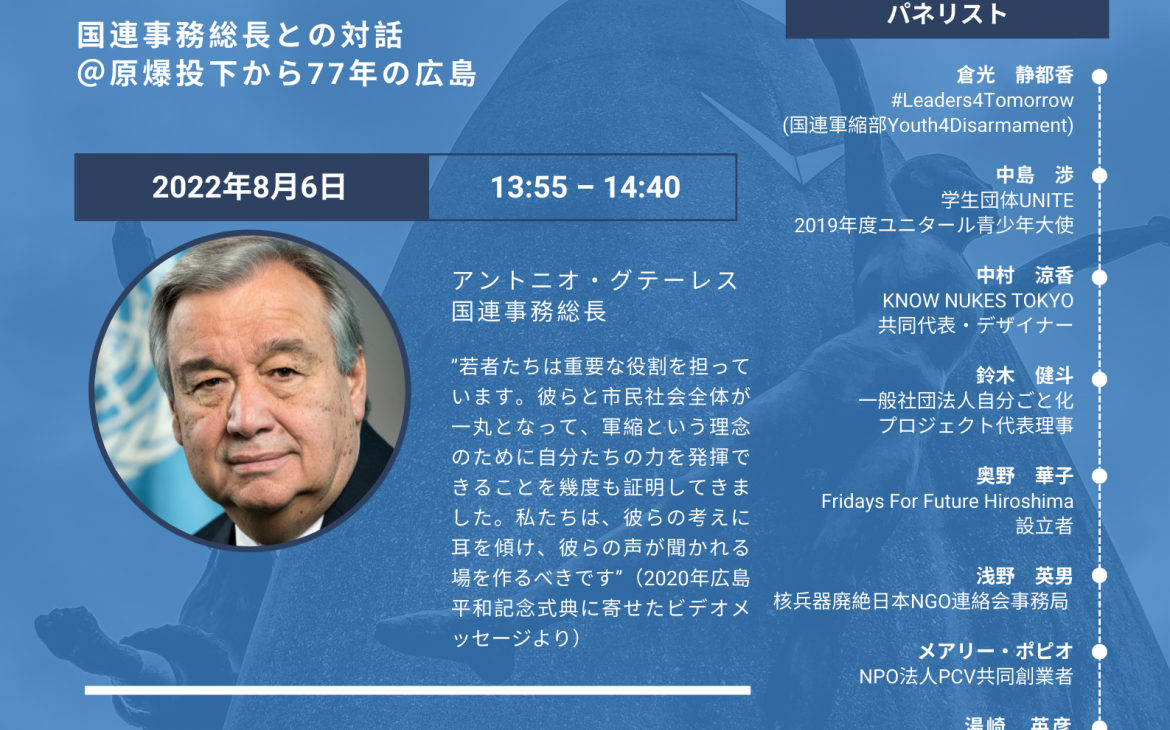 The United Nations Institute for Training and Research (UNITAR) offers innovative learning solutions to enhance global and country-level action for a better future. The Division for Prosperity, based in Hiroshima, Japan, trains present and future change-makers from developing countries, particularly youth and women, to address growing inequalities and shape an inclusive, sustainable and prosperous world.