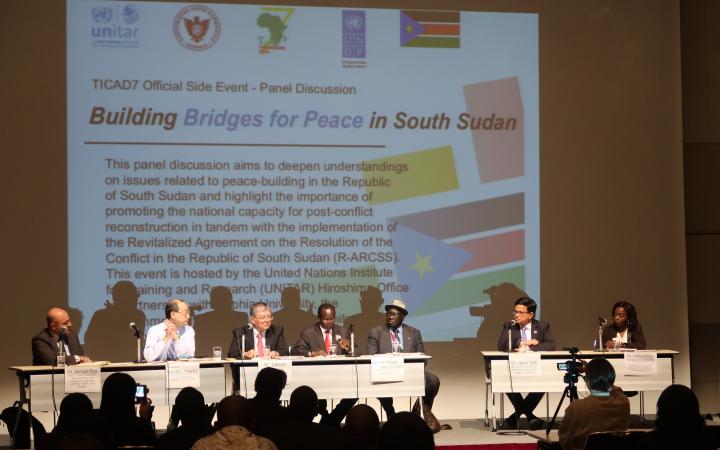 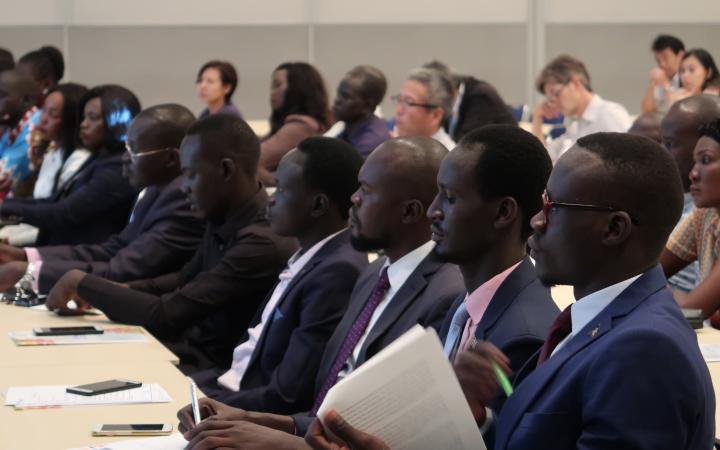 Below summarize the key points of the panel discussion. Engaging the youth and investing in development was the main topic of the discussion.

Mr. Takeshi Takamatsu, now Deputy Assistant Minister of Foreign Affairs of Japan, is the Former Japanese Ambassador to South Sudan. Mr. Akamatsu stated that Japan’s prospects of South Sudan have always put the South Sudanese people at the center of the peacebuilding process. As a result of the 2013 and 2016 civil wars in South Sudan, most of the international partners and donors shifted their attention to humanitarian aid and relief response from development. However, the Government of Japan firmly asserts the necessity to continuously support the development process, which will later contribute to the long-term peace of South Sudan. Mr. Akamatsu then emphasized the importance to diversify and develop the economy through agriculture. In order to sustain the tranquility and steady growth, the attitudes and behaviors have to change internally, and the people of South Sudan have to become the most significant contributor to the peace process.

Professor Higashi Daisaku from Sophia University recapped the two civil and political unrests in South Sudan and discussed the peacebuilding process in South Sudan, about which he has written extensively before. He argued that Japan can support South Sudan to overcome its current challenges by gaining mutual trust and understanding between the two warring sides. He then expressed his appreciation for UNITAR’s efforts in South Sudan by training the youth to build long-term prosperity and peace.

Mr. Samuel Rizk addressed the importance of youth engagement in the development and peace process and mentioned several UNDP programmes in South Sudan as examples. 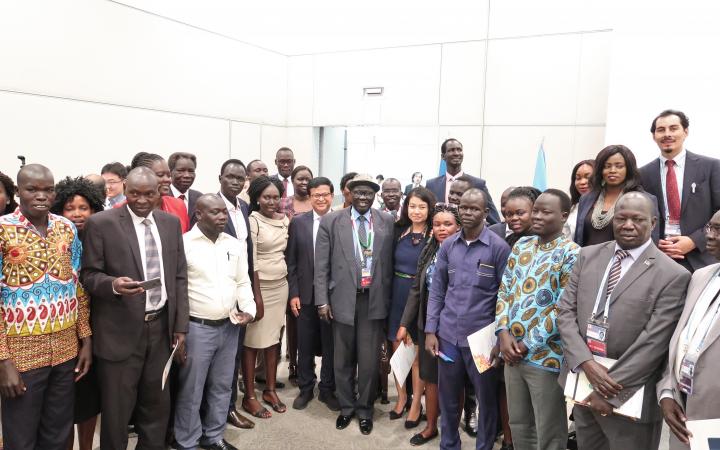 Ms. Jotaba Peninah Nandole Ndoromo, the participant representative of the UNITAR South Sudan Fellowship Programme 2019, is Youth and Women Representative of South Sudan Agricultural Producers Union (SSAPU). She stated the importance to recognize youth not merely as the beneficiaries but as partners in the development process of South Sudan. She thanked for the opportunities given to the South Sudanese youth such as UNITAR’s training programme that teaches young people skills and know-hows from regional and global perspectives. She acknowledged that the programme is helping to create a generation of vibrant, independent youth who will create jobs utilizing what they learned from the training. As the ancient proverb goes, “give a man a fish and you feed him for a day; teach a man how to fish and you feed him for a lifetime", Ms. Ndoromo expressed her gratitude to UNITAR and the government of Japan for teaching them how to “fish” and believing in their potential.