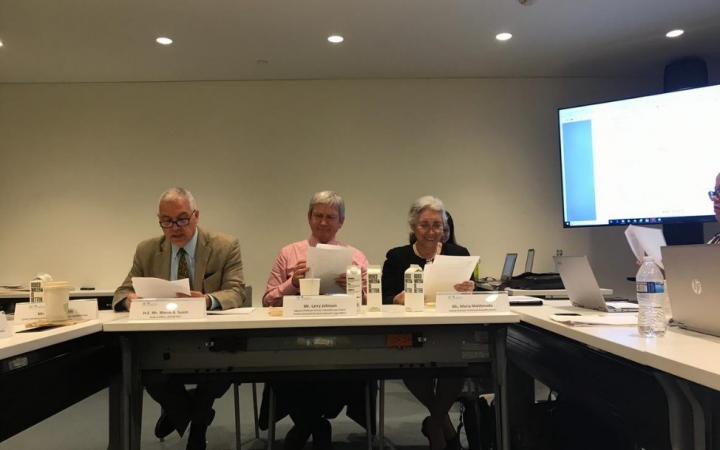 Mr. Suazo expressed his appreciation for the generous support provided by the Sweden to the United Nations in New York, which allowed delegates from other Permanent Missions to the United Nations to attend the seminar free of cost. Mr. Suazo acknowledged Ms. Maria Maldonado, former Director of General Assembly Branch, and Mr. Larry Johnson, former Assistant-Secretary-General, Legal Affairs, for their presence and knowledge-sharing. Mr. Suazo also mentioned that during the second day of the seminar Mr. Hesham Afifi, chief of Reimbursement Policy and Liaison Section and Mr. Kenji Nakano, Chief of the General Assembly Branch, General Assembly and ECOSOC Affairs would be joining the workshop.

As the seminar began, participants from Permanent Missions briefly introduced themselves.

Session I (The Agenda of the Assembly) was led by Ms. Maria Maldonado. She explained how a resolution is prepared, and the process of proposing new items in the agenda. Additionally, Ms. Maldonado explained the system of corresponding official document numbers, and role of the General Committee. Participants raised key issues including the different characteristics of each stage, forwarding the item to the next session, decision-making processes and its publication by the General Committee.

During Session III (Drafting of Resolutions, Negotiations and Submission), Mr. Larry Johnson defined the objectives, priorities, and options of a draft resolution. Mr. Johnson also spoke about the consultation process of co-sponsors and non-sponsors and explained the numbering of the draft resolution. Mr. Johnson  described drafting preamble paragraphs, researching precedents of alike resolutions as well as their legal effects, the title of resolutions, operative language, and the programme budget implication (PBI) of resolutions from different parties’ viewpoints.

The panelists addressed the function and decision-making of the Fifth Committee and the Advisory Committee on Administrative and Budgetary Questions (ACABQ), the traditional and contemporary nature of L Documents, administration of trust funds, and the contrast between the General Assembly decisions and resolutions. Participators posed questions, namely about the stage in which PBI matters and the coordination mechanism for the budgetary administrative occurs. 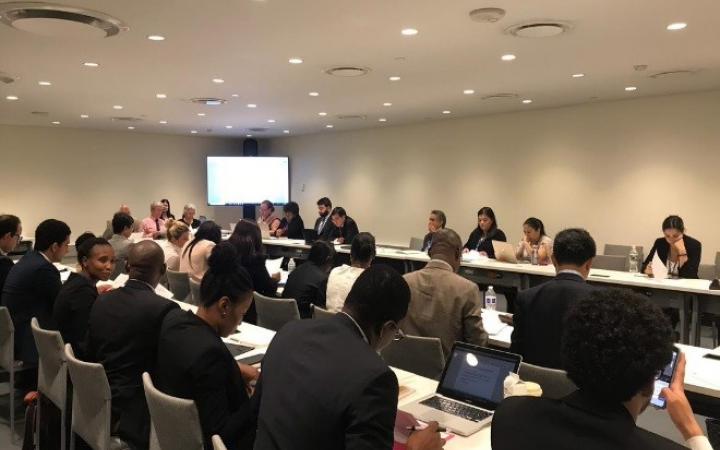 During the first part of Session IV, Mr. Johnson described the difference between the decision-making system of the General Assembly and the Security Council. He also explained the decision-making mechanism for resolutions, on which Mr. Suazo provided further input. A thorough study of the rules and procedures of the General Assembly revealed participants how to use such procedures strategically. 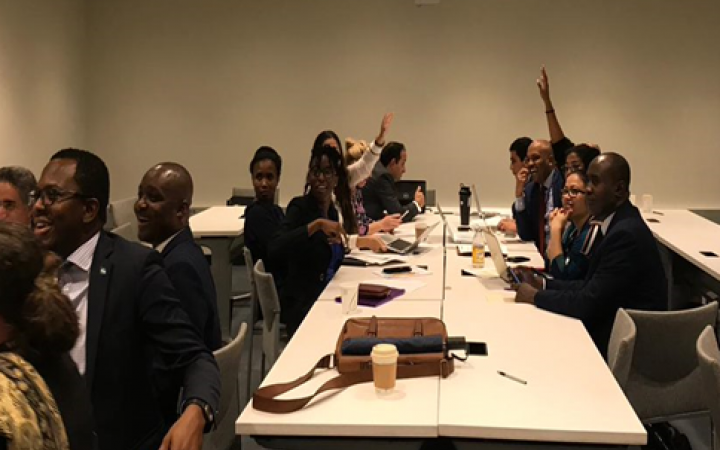 Following, the panelists conducted a mock-General Assembly meeting in which the three participants group’s drafts were considered and debated.

Mr. Johnson, Ms. Maldonado,  and Mr. Suazo, used this time to train participants to the practice the various procedures and votes that govern the process of voting on proposals. During the mock GA meeting, several pauses took place as participants would use that opportunity to ask further explanations or questions about specific issues that were being addressed. For example, the use of rule 74, “no-action motion”, or the correct utilization of the " points of order", the benefits that come from adding to or limiting the numbers of sponsors for proposals, among other procedures. Before the last part of Session IV, participants were dismissed to have lunch. 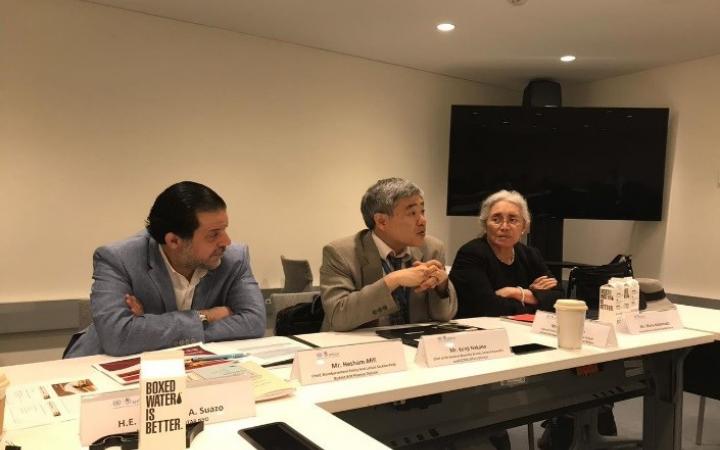 As the course finalized, Mr. Marco Suazo acknowledged the panelists for their participation, as well as participants for their attendance and engagement in the workshop. His Excellency finally thanked the Permanent Mission of the Republic of Sweden for hosting this event.