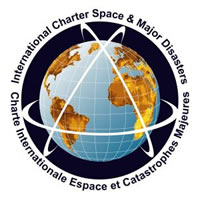 According to the UN Office for the Coordination of Humanitarian Affairs (OCHA) Typhoon Megi (locally named Juan) made landfall as a category 5 typhoon in the Cagayan Region on 18 October 2010. The cyclone packed winds reaching 225 km per hour with peaks of wind gusts up to 260 km per hour. In addition initial reports of localised mudslides and landslides in the mountain terrain were being received on 19 and 20 October. According to national sources, a total of 39,847 families were affected in 99 municipalities and 9 cities.

These figures are bound to increase as impact assessment is conducted locally. Already on 19 October helicopter reconnaissance missions planned by the government were made impossible by bad weather. Also because of these difficulties UNOSAT was requested by OCHA to deploy its mapping capacity over the affected regions including the triggering of the International Charter Space and Major Disasters. This valuable mechanism providing timely satellite imagery then used by UNOSAT specialists to produce appropriate information for in field coordination and assessment was activated on 20 October afternoon and its Executive Secretariat designated UNITAR/UNOSAT as responsible entity to ensure the project management of the “Philippines Charter Call 336”.

UNOSAT and the UN Office for Outer Space Affairs are consulting actively over this crisis to maximise the benefit of the use of satellite resources and their applications for all parties concerned by the response to the emergency. The synergy being actively sought could signify a more efficient dissemination to relevant disaster managers in the Philippines via the UN-SPIDER web portal of the information generated by UNOSAT analysts in Geneva, filling an information management gap that had been first addressed years ago in the recommendations of the UNISPACE III Conference.