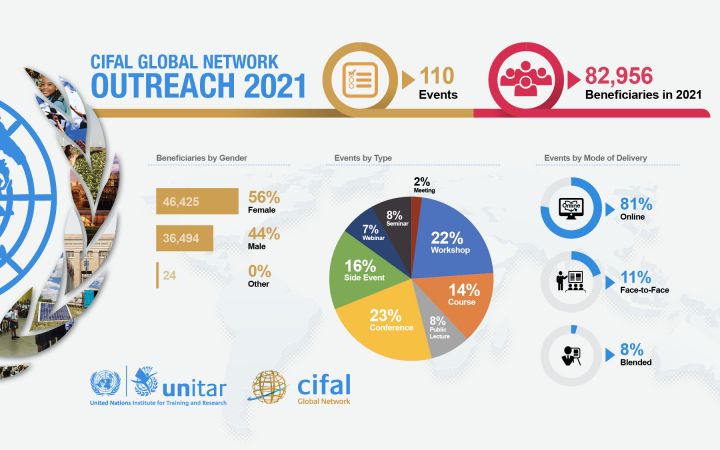 The world’s cities face many interlinked challenges across the environmental, social, and economic spheres. In recent years, as urbanization continues rapidly and multilateralism is undergoing severe changes, cities have stood up to become highly relevant actors of global scale.

The CGN has a unique role within UNITAR. It allows us to be present at the level of cities and municipalities. And with that to effectively reach many of the stakeholders that are so important for the achievement of the 2030 Agenda for Sustainable Development.

Since its inception in 2003, CGN has continuously expanded not only in breadth – through the addition of new centres in strategic locations – but also in depth. Currently, our 23 CIFAL centres reach thousands of beneficiaries globally. In 2021 alone, the CGN reached 82,956 beneficiaries through 110 training and public awareness events in areas related to economic and social development, environmental sustainability, and the Sustainable Development Goals.

Increasing gender balance has been a top priority of the CIFAL Centres, with 56 percent of the total beneficiaries in 2021 being women.

In 2021 and early 2022 UNITAR welcomed new Centres: CIFAL York in Ontario, Canada; CIFAL Honolulu in Hawaii, United States; CIFAL Victoria in British Columbia, Canada; and most recently CIFAL Doha in Qatar, and CIFAL Majmaah in the Kingdom of Saudi Arabia.

Reaching -through training and education - indigenous populations, the elderly, migrants, and refugees, and persons with disabilities, just to mention a few, will be a primary objective of the CIFAL Centres going forward. 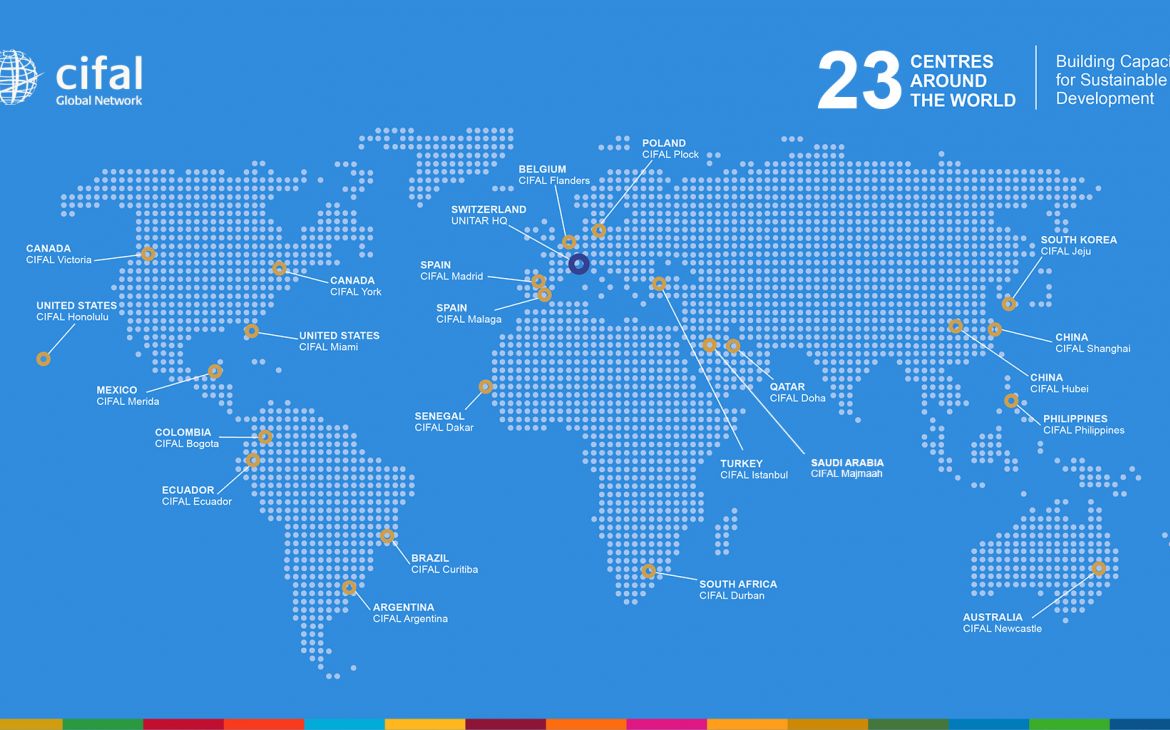