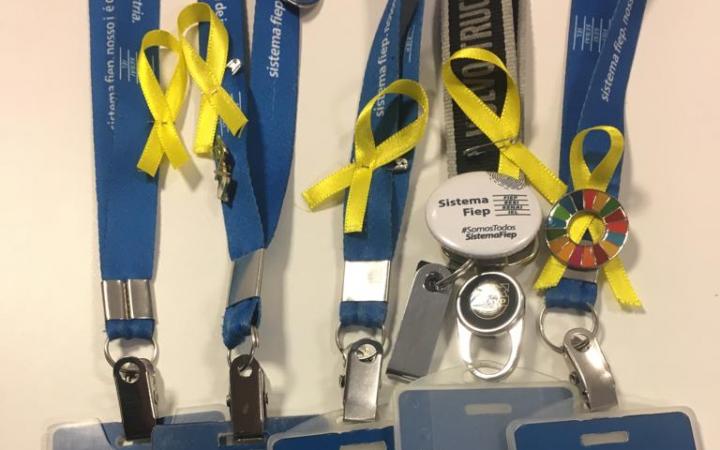 13 May 2017, Curitiba, Brazil – Throughout the month of May and to commemorate the 5th UN Global Road Safety Week, the International Training Centre for Authorities and Leaders in Curitiba (CIFAL Curitiba) is promoting another edition of the international Yellow May Campaign to raise awareness about the high fatality rates from road traffic crashes occurring around the world and to mobilize society and various actors to participate in prevention activities.

CIFAL Curitiba and the Federation of Industries of the State of Parana (Sistema FIEP) are committed to raising awareness among their 3,858 employees to promote safer traffic culture. This year, the Yellow May Campaign focuses on the theme "IN TRAFFIC, LIFE IS THE DIRECTION", emphasizing that when driving, life is the outmost priority.

To sensitize FIEP’s employees about the value of life and the importance of good traffic behaviors, reports about road traffic crashes are shared through different communication channels. Brazil holds the 5th position among countries with the highest number of traffic deaths annually, making it an urgent priority for everyone in the Federation. 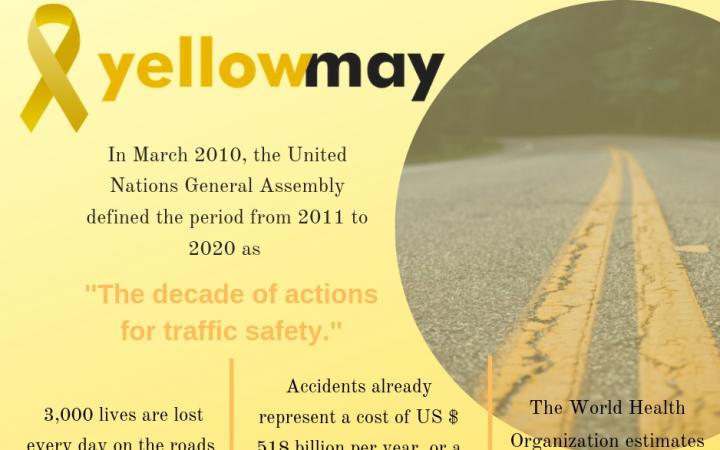 The employees were invited to join the campaign by using yellow ribbon bows and yellow clothing to remind the cause that marks the month of May across the globe. In addition, the trees in the Campus of the Federation were also decorated with yellow color lights.

In addition to promoting road safety at the institutional level, FIEP and CIFAL Curitiba continue to raise awareness among youth- the main victims of traffic accidents- and other road users about the irreversible consequences that may be caused by distracted driving, imprudence and inattentiveness. To this end, a pilot test has been launched and disseminated through social media networks, in order to raise awareness about the need for constant care in traffic.