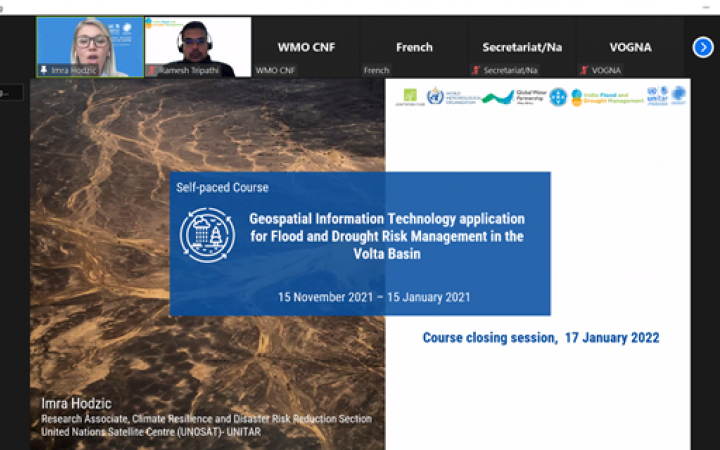 The Volta River basin, with a population of over 24 million shared between six countries (Benin, Burkina Faso, Ivory Coast, Mali, Togo and Ghana), is highly vulnerable to meteorological and hydrological hazards. Over the past two decades, almost two million people have been affected by floods and several countries have experienced five to six times more disasters than during the period running from 1980 to 1999.

Ninety-nine participants hailing mostly from the government agencies of all six countries joined the course which had 5 modules each consisting of 2-3 hours weekly learning materials; the project primarily targeted candidates with backgrounds and work experience in flood and drought management and early warning for climate change adaptation.

Participants were satisfied with the quality of the course and the learning that took place, with one participant stating that:

The content is rich with links to many valuable resources and data platforms. I’m also happy with the length of time allocated; I think it is enough for anyone to complete it. The structure and presentation are just great! 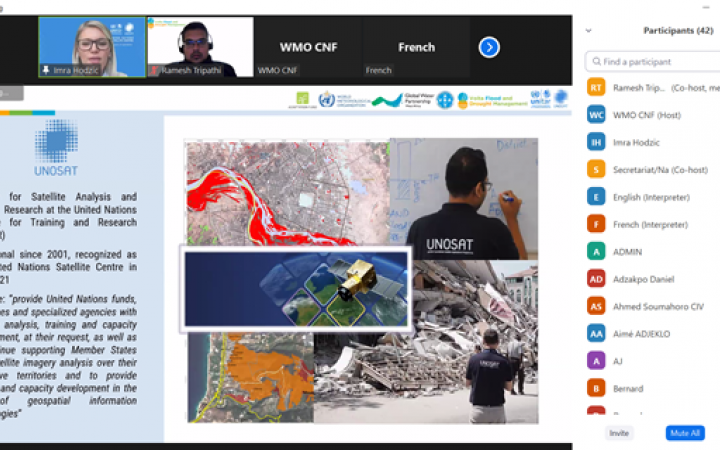 Indeed we went from one quarter of participants considering that they possessed moderate or high knowledge with regard to the learning objectives before the course to two thirds once they had completed the modules and final exam. Over 95% of participants found the course useful and relevant for their jobs and stated that they would recommend it to colleagues. Going forward there was demand from participants for more hands-on, in-depth GIT training in the future, which we hope we will be able to deliver with project partners.

On behalf of the VFDM project consortium, Ramesh Tripathi (Project Manager) also provided his appreciation and thanks to the UNOSAT team for successfully delivering the distance learning course to the participants of the Volta Basin countries. He also acknowledged that:

Finally, we’d like to address a big thank you to all of the participants for their hard work and dedication and to the project partners for allowing the UN Satellite Centre UNOSAT to contribute actively to meeting the project’s objectives.