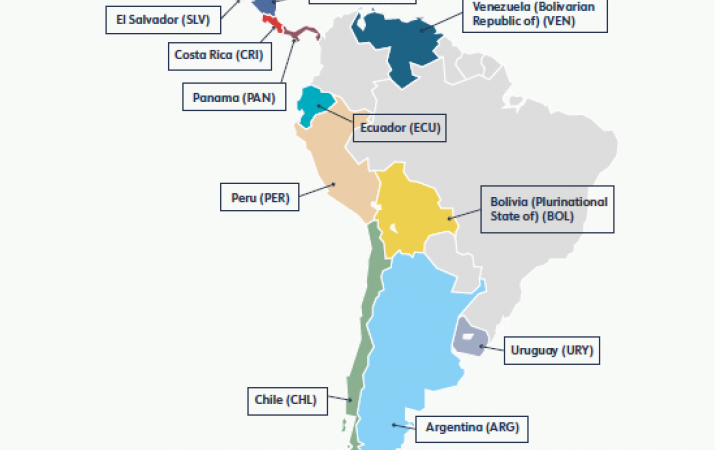 Electronic waste in 13 Latin American countries rose by 49% between 2010 and 2019, roughly the world average, but just 3% was collected and safely managed, a fraction of the 17.4% global average, according to the UN’s first assessment of Latin America’s e-waste volume, legislation, and management infrastructure.

While informal recyclers “cherry pick” some valuable elements from waste electronics and electrical equipment, some 97% is improperly managed; just 3% is known to be collected and treated in facilities using environmentally sound methods.

The findings are published in the “Regional E-waste Monitor for Latin America, Results for the 13 Countries Participating,” produced by the Sustainable Cycles (SCYCLE) Programme, co-hosted by the UN University (UNU) and the UN Institute for Training and Research (UNITAR).

It was developed under the ‘Strengthening of National Initiatives and Enhancement of Regional Cooperation for the Environmentally Sound Management of POPs in Waste of Electronic or Electrical Equipment (WEEE)’ project (in Spanish: PREAL – Proyecto Residuos Electrónicos America Latina), funded by the Global Environment Facility (GEF) and coordinated by the UN Industrial Development Organization (UNIDO).

“E-waste constitutes one of the fastest-growing streams of physical waste in today’s global environment and is a threat to sustainable development,” the report says.

However, few countries collect internationally-comparable e-waste statistics.  This report was created with the cooperation of 13 countries to support and facilitate environmentally-sound management of e-waste in the region, says co-author Ruediger Kuehr, the Senior Manager of UNITAR SCYCLE (previously hosted by United Nations University).

The hazardous substances in the region’s e-waste comprises at least 2200 kg of mercury, 600 kg of cadmium, 4.4 million kg of lead, 4 million kg of brominated flame retardants, and 5.6 megatonnes of greenhouse gas-equivalents (due to refrigerants).

These substances “are poorly managed within the region and are likely to be untreated, generating various risks to the stability of a healthy environment,” according to the report. 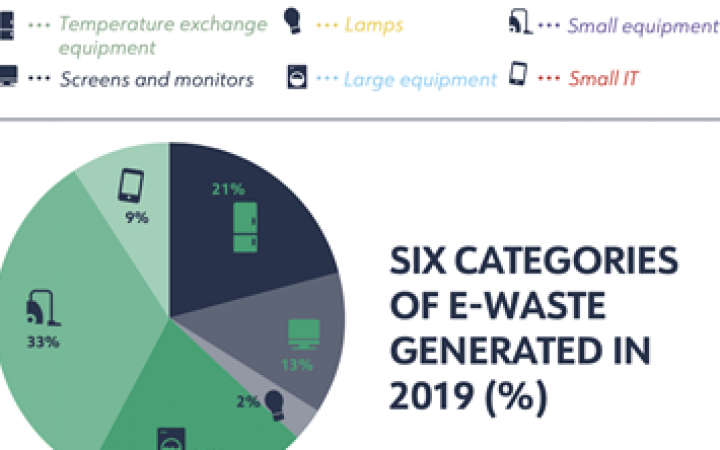 However, “the enforcement of these measures remains a significant challenge,” the report says, adding that many of the 13 countries do not submit transboundary movement reports to the Basel Convention, making monitoring and mapping difficult.

“Low quality of data and control of transboundary movement of e-waste through the Basel Convention poses a threat to the environmentally sound management of e-waste and illegal movements.”

The report calls on all countries in the region to introduce and enforce either:

a) a robust legal and policy framework focused on ESM of e-waste and POPs contained in e-waste, or

b) monitor and reinforce existing systems to make them more efficient and effective.

It adds that adequate financing and monitoring of the systems, and the cooperation of all stakeholders, are essential elements for setting up and sustaining successful policies.

Electrical and Electronic Equipment (EEE) encompasses all products powered by a battery or plug, including laptops, mobile phones, servers, fridges, washing machines, dishwashers, cooking and other kitchen appliances, many toys, and musical instruments. EEE is increasing rapidly, and spreading quickly in emerging sectors such as electric transport, clean energy production, and smart cities, which base their services on EEE and sensors.

This Regional E-waste Monitor was funded by the Global Environment Facility (GEF) within the framework of the ‘Strengthening of National Initiatives and Enhancement of Regional Cooperation for the Environmentally Sound Management of POPs in Waste of Electronic or Electrical Equipment (WEEE)’ project activities, known primarily as the PREAL (Proyecto Residuos Electrónicos América Latina Project) which is implemented by the United

UNU is an autonomous component of the UN General Assembly dedicated to generating and transferring knowledge and strengthening capacities relevant to global issues of human security, development, and welfare. The University

operates through a worldwide network of research and training centres and programmes, coordinated by the UNU Centre in Tokyo.

The United Nations Institute for Training and Research (UNITAR)

UNITAR is a dedicated training arm of the United Nations, with a mission of developing the individual, institutional, and organisational capacity of countries and other United Nations stakeholders through high quality learning solutions and related knowledge products and services as a means for enhancing global decision-making and providing support at the country level in overcoming global challenges.

The SCYCLE Programme, recently transitioned from UNU to UNITAR, envisions enabling societies to reduce the environmental load from production, use, and disposal of ubiquitous goods, especially EEE, to sustainable levels by means of independent, comprehensive, and practical research and training, providing more thorough fact bases for policy development and decision making. SCYCLE leads the global e-waste research and related trainings, and advances sustainable e-waste management strategies based on life-cycle thinking.

UNIDO has over 50 years’ experience of promoting and accelerating inclusive and sustainable industrial development (ISID) in Member States across the world. The Organization’s programmatic focus is mainly on creating shared prosperity, advancing economic competitiveness, safeguarding the environment and strengthening knowledge and institutions.