[Op-Ed] The Dawn of a New Era: Entry-Into-Force of the Nuclear Ban Treaty 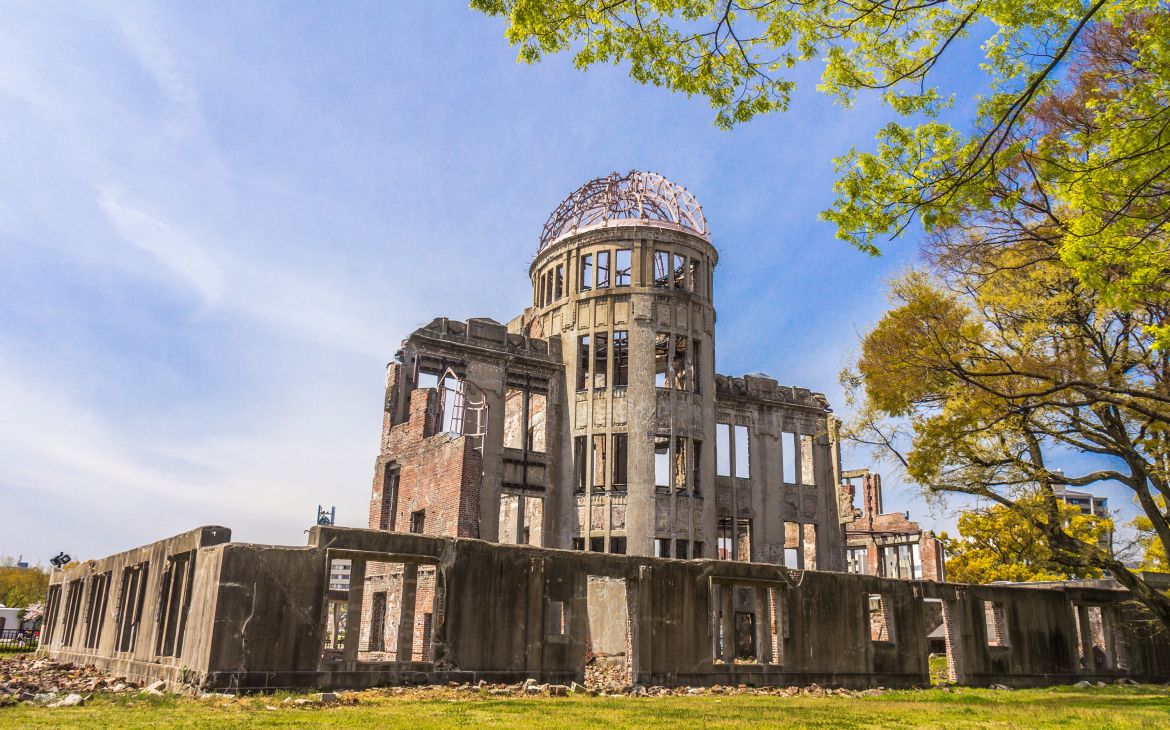 Mr. Tariq Rauf, former Head of Verification and Security Policy at the International Atomic Energy Agency, shares his message, “The Dawn of a New Era: Entry-into-Force of the Nuclear Ban Treaty.” Since 2015, he has lectured and led workshops for the UNITAR Hiroshima (Division of Prosperity) Training Programme on Nuclear Disarmament and Non-Proliferation which will complete its current cycle in March 2021.

The Treaty on the Prohibition of Nuclear Weapons (TPNW), commonly known as the Nuclear Ban Treaty, will enter into force – 90 days having elapsed since 24 October 2020, when Honduras became the 50th country to ratify the treaty.

The Nuclear Ban Treaty was negotiated UN in 2017 in New York and adopted by 130 Member States of the United Nations – a clear majority.

The TPNW finally realizes the vision of the very first Resolution I/1 adopted on 24 January 1946 by the UN General Assembly that called for the elimination of nuclear and other weapons of mass destruction.

This treaty completes the prohibition of all three types of weapons of mass destruction – biological weapons (BTWC) were banned in 1975, chemical weapons (CWC) in 1997 and now at long last nuclear weapons in 2021.

Under the Nuclear Ban Treaty, there comes into force a total permanent prohibition on the development, testing, possession, stationing, threat of use and use of nuclear weapons.

All States parties shall accept full-scope safeguards, that is verification, implemented by the International Atomic Energy Agency (IAEA) to ensure that all nuclear activities carried out by them are exclusively for peaceful purposes and that there are no undeclared or secret nuclear activities that could lead to a nuclear weapon.

The TPNW commits States to render assistance to those affected by the more than 2,050 nuclear test explosions conducted between 1945 and 2017 in all environments – on the Earth’s surface, underwater, underground, in the atmosphere and in space;  and to the succeeding generations of those affected by the use of nuclear weapons (in 1945).

In effect, the Nuclear Ban Treaty is regarded by its supporters as constituting an “effective measure” to achieve nuclear disarmament in parallel with the nuclear Non-Proliferation Treaty (NPT), the Comprehensive Nuclear-Test-Ban Treaty (CTBT), and a future treaty prohibiting production of nuclear material for weapons (FMCT).

The Nuclear Ban Treaty complements the NPT, the CTBT and the nuclear-weapon-free zone (NWFZ) treaties of Latin America and the Caribbean, the South Pacific, Southeast Asia, Africa and Central Asia.

Furthermore, the TPNW fulfils the commitments agreed by all NPT States, in particular in 2000 and 2010, to achieve the elimination of all nuclear weapons as required by Article VI of the NPT.

Thus, in effect, the Nuclear Ban Treaty in prohibiting and outlawing nuclear weapons delegitimizes and stigmatizes the possession of such weapons. In 2019, His Holiness Pope Francis declared possession and use of nuclear weapons as immoral.

The antecedents of the Nuclear Ban Treaty can be traced from General Assembly Resolution I/1 through succeeding resolutions; the NPT and agreed outcomes of its review conferences of 1995, 2000 and 2010; the NWFZ treaties; the CTBT; and the international conferences on the catastrophic humanitarian consequences of use of nuclear weapons (Oslo 2013, Nayarit 2014 and Vienna 2014); to the 2017 conference on the negotiation of the TPNW.

Thus, coming full circle in endorsing in a multilateral treaty – the TPNW – the complete elimination of nuclear weapons as the only way to guarantee that nuclear weapons are never used again under any circumstances.

And, recognizing in the TPNW that the continued existence of nuclear weapons, any nuclear-weapon detonation by accident, miscalculation or design, adversely affects the security of all humanity; and that all States share the common responsibility to prevent any use of nuclear weapons.

The Nuclear Ban Treaty formally recognizes that the catastrophic consequences of nuclear weapons: cannot be adequately addressed; transcend national borders; pose grave implications for human survival, the environment, socioeconomic development, the global economy, food security and the health of current and future generations; and have a disproportionate impact on women and girls, including as a result of ionizing radiation.

Civil society around the world, especially the long suffering and struggle of the hibakusha (those who survived) and those affected by nuclear testing and their families and their succeeding generations, as well as the International Committee of the Red Cross (ICRC), physicians, scientists, youth, academics and others, all played a key role over many years to finally help create the momentum that led to the Nuclear Ban Treaty. On their collective behalf, the 2017 Nobel Peace Prize was awarded to the International Campaign to Ban Nuclear Weapons (ICAN).

It is earnestly hoped by the majority of the world’s peoples that the mindless servitude at the altar of nuclear deterrence and opposition to the TPNW by the countries possessing nuclear weapons, in particular NATO, is replaced by heeding the plaintive call below of a hibakusha and of the Bertrand Russell-Albert Einstein Manifesto to remember our humanity.

Setsuko Thurlow, a survivor of the atomic bombing of Hiroshima, speaking in Oslo on 10 December 2017, at the Nobel Peace Prize award ceremony, very clearly issued a call that can no longer be ignored:

Nine nations still threaten to incinerate entire cities, to destroy life on Earth, to make our beautiful world uninhabitable for future generations. The development of nuclear weapons signifies not a country’s elevation to greatness, but its descent to the darkest depths of depravity. These weapons are not a necessary evil; they are the ultimate evil. All responsible leaders will sign this treaty [TPNW]. And history will judge harshly those who reject it. No longer shall their abstract theories mask the genocidal reality of their practices. No longer shall “deterrence” be viewed as anything but a deterrent to disarmament. No longer shall we live under a mushroom cloud of fear. To every president and prime minister of every nation of the world, I beseech you: Join this treaty [TPNW]; forever eradicate the threat of nuclear annihilation. 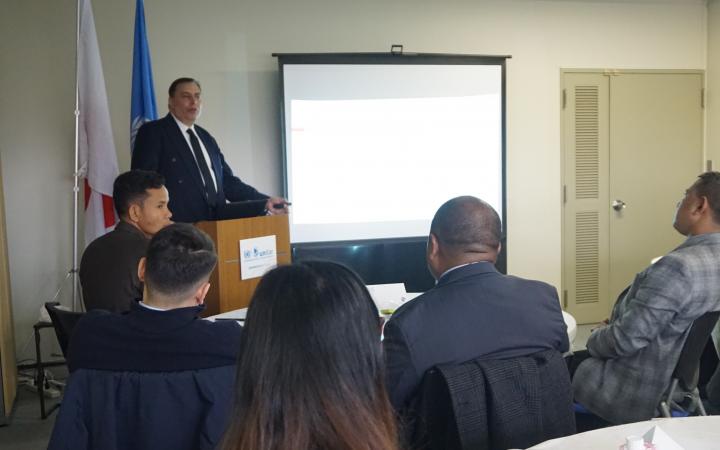 Mr. Tariq Rauf is the former Head of Verification and Security Policy at the International Atomic Energy Agency and was a member of the Group of Eminent Persons for Substantive Advancement of Nuclear Disarmament established by the Minister of Foreign Affairs of Japan.

UNITAR’s Youth Ambassadors have a message for the world: “Let’s work together to abolish nuclear weapons!”