Practices of Diplomatic Protocol in Geneva

Practices of Diplomatic Protocol in Geneva 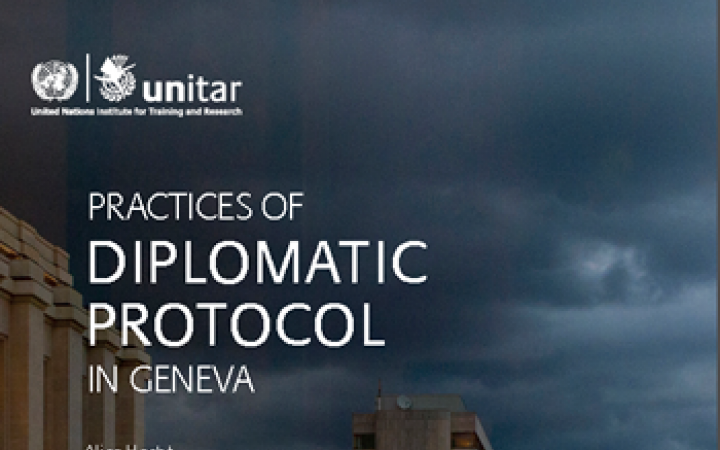 Protocol is not set in stone. It echoes cultural and political environments and has to be flexible in order to serve its main purpose of supporting relationships between actors working in a multilateral environment.

Geneva is the quintessence of international diplomacy. In addition to the hundreds of diplomats accredited to the United Nations and the various international bodies hosted by the Swiss Confederation in Geneva, there are numerous Intergovernmental Organizations (IGOs), Non-Government-Organizations (NGOs) and International organizations (IOs) that have established their headquarters in Geneva. All are expected to navigate with ease the protocol rules and practices of the United Nations Office in Geneva (UNOG), as well as those of the Swiss Confederation and the Republic and Canton of Geneva.

Newcomers to the Geneva diplomatic life are mostly eager to gather information and quality resources that could steer their behavior in official as well as private events. The Multilateral diplomacy programme of UNITAR is responding to this demand by providing to all diplomats the keys to understanding the rules to be followed in a multilateral setting, as followed in Geneva.

The Practices of diplomatic protocol in Geneva aims to provide answers to the questions that arise when organizing a public or a private event in Geneva’s multilateral environment.

More particularly, the Practices of diplomatic protocol in Geneva

This publication is primarily intended for the staff members of the Permanent Missions in Geneva who are responsible for the on-going liaison between the Permanent Mission and the United Nations organizations in Geneva, as well as for organizing the attendance of high-Government officials to United Nations events. It also covers subjects of interest to the wide range of international community members in Geneva, whether representatives of international organizations, non-governmental organizations (NGO) or other entities linked to the work of the United Nations. This publication will also be helpful to participants in other kinds of international meetings and conferences, whether organized by the civil society, NGO’s or the private sector.

Written by Alice Hecht and Ambassador Jean-Marc Boulgaris, its afterword is signed by Ambassador Idriss Jazairy.

UNITAR’s brochure Practices of diplomatic protocol in Geneva has been printed in 2015 with the generous support of the Permanent Mission of Switzerland to the United Nations Office and to the other international organizations in Geneva.