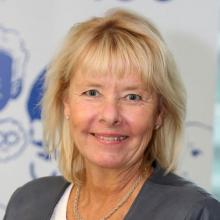 Ambassador Hakala is Ambassador of Hybrid Affairs, Technology and Security of Finland. Prior to this posting in August, she served as Permanent Representative of Finland to the United Nations Office, WTO and other international organizations in Geneva from  September 2016. Prior to that, she served as Director-General of the Department of Russia, Eastern Europe and Central Asia at the Ministry of Foreign Affairs of Finland since 2012. From 2009 to 2011, she served as Ambassador of Finland to India, Bhutan, Bangladesh, Sri Lanka, Maldives and Nepal. From 2007 to 2009, she was Head of the Organization for Security and Cooperation in Europe (OSCE) Mission to Georgia, Tbilisi, and from 2004 to 2007, she was the roving Ambassador to Armenia, Azerbaijan and Georgia, Ministry for Foreign Affairs.

A career diplomat, Ms. Hakala, has also served as Director of the Unit for Eastern Europe and Central Asia at the Ministry for Foreign Affairs from 2001 to 2004; Deputy Head of Mission at the Embassy of Finland in Moscow from 1998 to 2000; Deputy Consul General at the Consulate General of Finland in St. Petersburg from 1996 to 1998; and Finnish Co-Chairmanship of the Organization for Security and Cooperation in Europe Minsk Conference on Nagorno-Karabakh from 1995 to 1996, among others. She has a Master of Arts from Åbo Akademi, Finland.