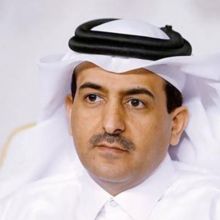 His Excellency Dr. Ali Bin Fetais Al-Marri is a member of the International Law Commission (2002 -) and a leading authority and advocate on the prevention of corruption. From 2002 to June 2021, Dr. Al-Marri was Attorney General of the State of Qatar. In September 2012, he was appointed Special Regional Representative of the United Nations Office on Drugs and Crime for the recovery of stolen assets.

His responsibilities included supporting the activities concerning the enhancement of international strategies for stolen funds recovery, offering counsel and contributing to the definition of capacity-building and technical assistance activities for the establishment of national systems for the recovery of funds and prevention of restricted financial flows, and enhancing mutual judicial assistance.

His mandate was renewed in 2014, and his title was modified to UN Special Advocate on the Prevention of Corruption. In 2012, Dr. Al-Marri established the Rule of Law and Anti-Corruption Center in Qatar, which aims to build specialized knowledge and raise individual capacity to strengthen the rule of law and fight corruption in accordance with international standards and national requirements.

The Center also seeks to support the parties concerned in the Arab countries and other countries in the areas of upholding the rule of law, good governance, and fighting corruption. He chairs the Center’s Board of Trustees, which include several eminent legal figures in the world.