Division for Prosperity Advisory Board

Advisory Board members are a collective of passionate individuals dedicated to the Institute’s vision, mission, core values and strategic objectives.

The Advisory Board champions two key UNITAR tenets: leave no one behind; and reach the furthest behind first. Advisory Board members support our vision and mission through the thoughtful analysis of the Division’s strategic planning and programme implementation, designed to affect long-term change that creates sustainable impact and empowers people and institutions to act as multipliers for positive change.

UNITAR draws on the vast relevant expertise and knowledge of Advisory Board members in order to ensure that the Division remains on the cutting edge of offering training, technical assistance and knowledge sharing opportunities that strengthen the capacities of government authorities and policy makers, to develop and implement strategies towards social inclusion. In addition, Advisory Board members offer the comprehensive assessment of Division activities to ensure that the quality standards adopted in compliance with the UNITAR mandate and UN guidelines are respected and well-integrated in everything we do.

The UNITAR Division for Prosperity Advisory Board members are (in alphabetical order): 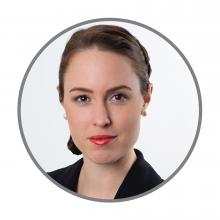 Ashleigh Owens is a Senior Advisor with Shift, a New York based non-profit that works with a wide range of government agencies, Fortune 500 companies, NGOs, trade unions, major investors and financial institutions to provide companies around the world with practical, context-specific advice on how to ensure respect for human rights. Ashleigh leads Shift’s work with financial institutions and investors, supporting them to model and move markets to reward respect for human dignity. Prior to relocating to NYC in 2018, Ashleigh was Executive Director at EY Climate Change & Sustainability Services in Tokyo, in which role she helped leading companies to embed sustainability into their strategy, operations and disclosures. Ashleigh was previously a lawyer with Herbert Smith Freehills in the Dispute Resolution team, advising on labour, competition and international law matters. As social expectations of companies began racing ahead of legal obligations, Ashleigh headed to EY and then Shift, by way of the United Nations University, OHCHR and the UN Global Compact, to work together with companies and standard setters as they shape the capitalism of the future. Ashleigh has a Master of Science in Sustainability from the United Nations University, a Bachelor of Laws and a degree in Asian Studies and is fluent in Japanese. 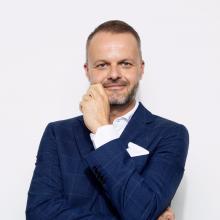 Beat Stettler has an accomplished and entrepreneurial professional with 15+ years of continuous success and expertise in maximizing productivity through quality and sustainability management within international jurisdictions.

Beat demonstrated success in catalyzing the sustainable business case through the development and operationalization of future-oriented quality and sustainability strategies in both local and multinational business environments. Adept at delivering business value through leading indicators for quality, food safety and sustainability.

Beat is an expert in evaluating product and service offers from different perspectives, ensuring they satisfy customer and consumer expectations and comply with internal and external policies and regulations. 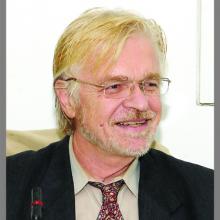 Hans Jürgen Hoyer serves as the Executive Secretary of the Global Engineering Deans Council (GEDC) and the Secretary General of the International Federation of Engineering Education Societies (IFEES). Hans is also a Resident Scholar in Global Engineering at the Volgenau School of Engineering at George Mason University, Global Visiting Professor at the University of Maryland BC, and co-founder of the Indo-Universal Collaboration for Engineering Education (IUCEE). Hans is co-founder and advisor of the African, Asian and Latin American Engineering Deans Councils, and works closely with the OAS and UNESCO, where he serves on their Advisory Council. Hans is also the co-founder of SPEED, a global engineering student organization that conducts engineering student capacity building worldwide.

Prior to 2006, Hans was CEO of World Links, a spin-off of the World Bank. Hans has led several international development programmes, including CARE, Plan International, and Heifer International. In these latter roles, Hans was responsible for raising financial resources from a multitude of donors including government agencies, the World Bank, IAB, several foundations, corporations and private donors. Hans has served with Nelson Mandela on the board of directors of El Taller, a global civil society network headquartered in Tunisia and was also on the staff of the Inter American Foundation, created by the U.S. Congress to support socio-economic development throughout Latin America/Caribbean. Hans was on Hewlett Packard’s e-Inclusion Global advisory board related to their scientific and engineering work in South Africa and founding member of the Board of the Engineering for the Americas (EftA) initiative under the umbrella of the OAS.

Hans earned his Ph.D. at American University in Washington, D.C. As a post-doctoral fellow with the Organization of American States (OAS), Hans carried out research in the Rio de la Plata region of South America. Hans has been a Visiting Scholar at the Center for International Studies at MIT, a Fellow at Harvard’s School of Education and visitor at the Kennedy School of Government. Hans was dean of the graduate program at the School for International Training, World Learning and Executive Director of the Executive Training Program for global governmental and NGO leaders in Brattleboro, Vermont. Presently, Hans is an Honorary Professor at universities in Hungary, India, Kazakhstan and Peru. Hans currently serves on the Governing Board of the International Center for Engineering Education/UNESCO/ Tsinghua University; Strategic Advisory Board of UNESCO’s second Ten Year Report on Global Engineering; as co-founder and Advisory Board member of the Indo-Universal Collaboration for Engineering Education (IUCEE) and Information Technology in Higher Education and Training (ITHET); and Global Advisor to SUSTech, Shenzhen, China and Beihang University School of Engineering, China. 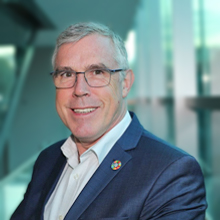 Jos Verbeek, a Dutch national, has had a 30-year career in several illustrious roles at the World Bank. In his last role at the World Bank, Jos was the World Bank Manager and Special Representative to the UN and WTO in Geneva. Prior to this, Jos was appointed Adviser to the World Bank Group’s (WBG) President’s Special Envoy on Millennium Development Goals (MDGs) and later the Senior Vice President 2030 Development Agenda, United Nations Relations and Partnerships. In his advisory role, Jos provided inputs in the WBG’s approach to the 2030 Agenda for Sustainable Development, with a focus on data, finance, and implementation. From 2012-2015, Jos managed the Global Monitoring Report, a joint IMF-WBG flagship publication that analyzes policies and institutions to ultimately assist countries in attaining the MDGs. Preceding this assignment, Jos worked as a lead country economist in the Africa and the European regions. Jos was born in 1962 in the Netherlands. Jos received a PhD (Dr) in economics from Erasmus University Rotterdam. 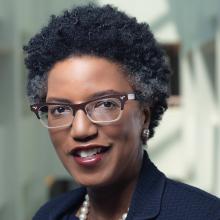 Linda A. Hill is the Wallace Brett Donham Professor of Business Administration at the Harvard Business School and chair of the Leadership Initiative. Linda is regarded as one of the world’s top experts on leadership. Linda was named by Thinkers50 as one of the top ten management thinkers in the world in 2013 and received the Thinkers50 Innovation Award in 2015. Linda is the author or co-author of several award-winning articles and books including Collective Genius: The Art and Practice of Leading Innovation, Being the Boss: The 3 Imperatives of Becoming a Great Leader and Becoming a Manager: How New Managers Master the Challenges of Leadership. Her TED talk on how to manage for collective creativity has over 2 million views.

Linda is a member of the Board of Directors of Relay Therapeutics and the Board of Trustees of the ArtCenter College of Design. Linda serves on the advisory boards of several organizations including the American Repertory Theater, the Aspen Institute Business and Society Program, the California Institute for Telecommunications and Information Technology (Calit2), Eight Inc., the Morgan Stanley Institute for Sustainable Investing, and the United Nations Institute for Training and Research. Linda sits on the board of the Global Citizens Initiative, Inc. and is a Special Representative to the Board of Trustees of Bryn Mawr College. 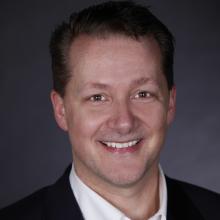 Before Microsoft, Michael was Chief Learning Officer of Intel University. Michael is an adjunct professor at Stanford University, Columbia University, and the University of Washington, teaching innovation, entrepreneurship, the Future of Work, and Leadership/Executive Development. Michael is a member of the World Economic Forum, the Global Engineering Deans’ Council, ReWork America, & the International Federation of Engineering Education Societies. Michael is Chairman of the Advisory Board for the United Nations Institute for Training and Research, Division for Prosperity, leading United Nations programmes for post conflict and developing nations. 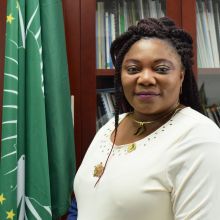 Sarah Anyang Agbor is Vice Chairperson of the Governing Board of the UNESCO Institute for Lifelong Learning (UIL) as well as the Vice President, Africa Board, Forum for African Women Educationalists (FAWE). Sarah is a Trustee Board Member of the African Progress Group (APG) and Board Member of Coalition on Media and Education for Development Africa Forum (CAFOR). Sarah is the African Union (AU) Consultant for Policy Renaissance leading the AU project in providing strategic support and establishing key links with the AU decision-making machinery that shapes the opportunities for current and future foundation interventions.

In 2017, Sarah was elected as the AU Commissioner for Human Resources, Science & Technology which consists of three divisions: Education, Youth and Capacity Development, Science and Technology and headed several bodies. From 2017 to January 2022, Sarah ensured the coordination of AU policies and programmes on human resource development matters, science and technology as well as encouraged and provided technical support to Member States and RECs in the implementation of continental strategies such as CESA 16-24, STISA 2024 and the TVET strategy. Sarah also played key roles in promoting research and development and inter-African cooperation on education and training, encouraging youth empowerment and participation in the integration of the continent.

Following the reform of February 2021, the department was renamed Education, Science, Technology, and Innovation. Sarah has over 22 years’ experience in the field of Academia. Sarah is a Professor of African and Commonwealth Literature. Sarah was Inspector of Academic Affairs No 1. at the Ministry of Higher Education, Cameroon. Previously, Sarah was the Deputy Vice Chancellor in Charge of Research, Cooperation and Relations with the Business World in the University of Bamenda, Cameroon. Sarah has written several academic books and other publications. Sarah was Fulbright Scholar-in-Residence to the University of Scranton, Pennsylvania, USA. Sarah is from Cameroon. In 2019, Sarah was named among the Inaugural List of 100 Most Influential African Women by Avance Media. 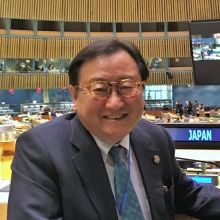 Toshiya Hoshino is the Professor of Osaka School of International Public Policy, Osaka University, Japan. Until July 2020 for three years, Toshiya served as an Ambassador and Deputy Permanent Representative of Japan to the United Nations in New York in charge of socio-economic and budgetary affairs. His previous positions have included: Vice-President (Global Engagement) of Osaka University; Minister-Counsellor in charge of political affairs at the Permanent Mission of Japan to the UN; Senior Research Fellow at the Japan Institute of International Affairs; Guest Scholar at Columbia University; Visiting Fellow, Princeton University; and Special Assistant (Political Affairs) at the Embassy of Japan to the United States. Toshiya graduated from Sophia University, Japan, completed a Master's at the University of Tokyo, and received his PhD from Osaka University.