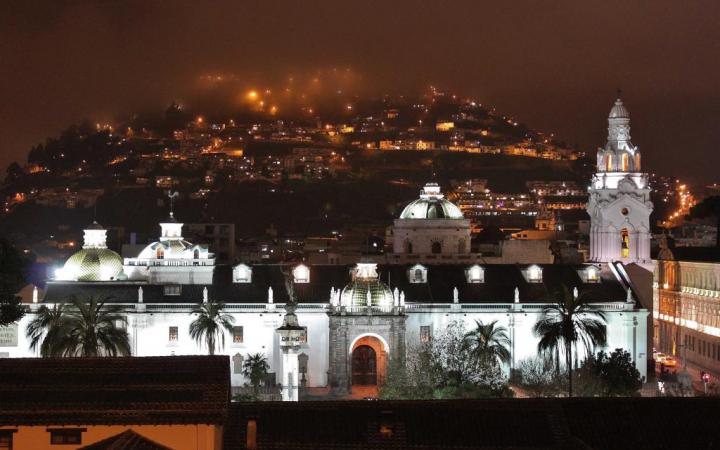 CIFAL Quito was inaugurated in 2014 with the objective of strengthening the capacities of local government authorities and civil society leaders in support of sustainable development.  It aims to support local authorities to implement the new Sustainable Development Goals of the United Nations

Since 2017 Consortium of Provincial Autonomous Governments of Ecuador was selected as host of the CIFAL. In order to contribute to the consolidation of a State that is governed by the principles of autonomy and decentralization, in accordance with the legal stipulations enshrined in the Constitution of the Republic and the Organic Code of Territorial Ordinance, the Consortium of Autonomous Provincial Governments of the Ecuador - CONGOPE promotes programs and strategic actions aimed at consolidating the Provincial Government as an articulating and intermediating entity between national policies and the management of local governments to contribute to integral territorial development. 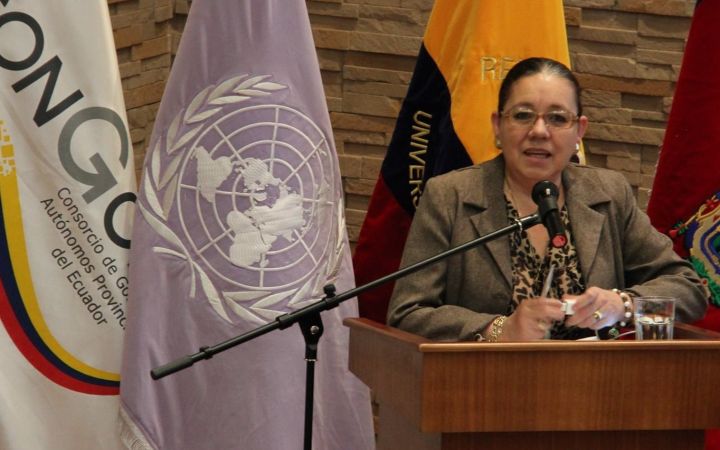 Dr. Mora has been a consultant in multilateral entities such as IOM Ecuador, and IDB, UNESCO and in Programs financed with the European Union. She has more than 15 years in corporate communication and planner work with experience in defining communication strategies, and in preparing content for various companies, politicians and public and private institutions, as well as various public relations processes in private transnational entities. Among them GM, HERBALIFE, INTERACTIVE.

She chairs the Bank of Good Practices initiative BANBUPRA, and is the founder of the Soy Responsible foundation, she directed 9 processes of the Rumiñahui Recognition of the Prefecture of Pichincha, part of the Organizing Committee of the recognition of Good GLP Practices organized by AME, and part of the Social Responsibility Council of the Municipality of Quito, has collaborated in the Recognition organized by CONQUITO.

Dr. Mora is part of the board of the Latin American Association of Human Rights, part of the publishing group of Corresponsables de España, and has worked as a volunteer in different non-governmental organizations

From 2014 to 2020 she was coordinator of CIFAL Quito; in 2021 she was appointed Executive Director of CIFAL ECUADOR. till the date.