Pollutant Release and Transfer Registers (PRTRs) are effective tools for the collection and dissemination of data on emissions and transfers of a determined list of chemicals. The availability of this information can help policy-makers to identify the source of chemical pollution in the country to make informed decisions on how to best remediate degraded environments and enact policies related to the sound management of chemicals. In this regard, the United Nations Institute for Training and Research (UNITAR) and the Ministry of Environment and Tourism (MET) of Mongolia delivered joint training workshops on the development of a national PRTR. With funding from the SAICM Quick Start Trust Fund, the project aimed to further support successful implementation of SAICM in Mongolia by strengthening decision-making capacities and civil society participation in PRTR design and processes.

The training took place in Ulaanbaatar, Mongolia from June 26–29, 2018. It targeted government officials from relevant branches of the MET, members of civil society, and industry to strengthen their capacity to measure and share data on chemical pollution with the aim of fostering dialogue among the sectors and providing the public with transparent environmental information. It included site visits to different types of industries for demonstrations on emission estimation techniques and how to report data for the PRTR. The industries covered in the training included: food processing and beverage industries, mining, leather processing and tanning, cosmetics and pharmacy, waste water treatment facilities, and thermal power stations.

This impact story seeks to determine the longer-term impact these workshops had. 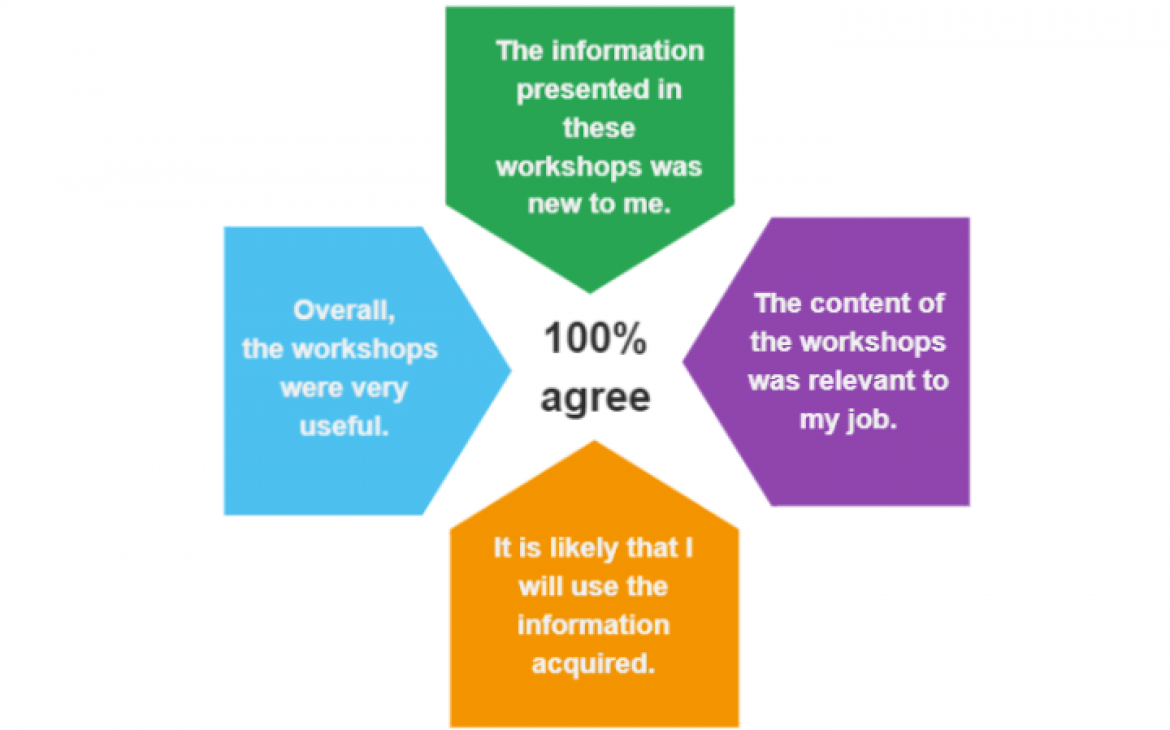 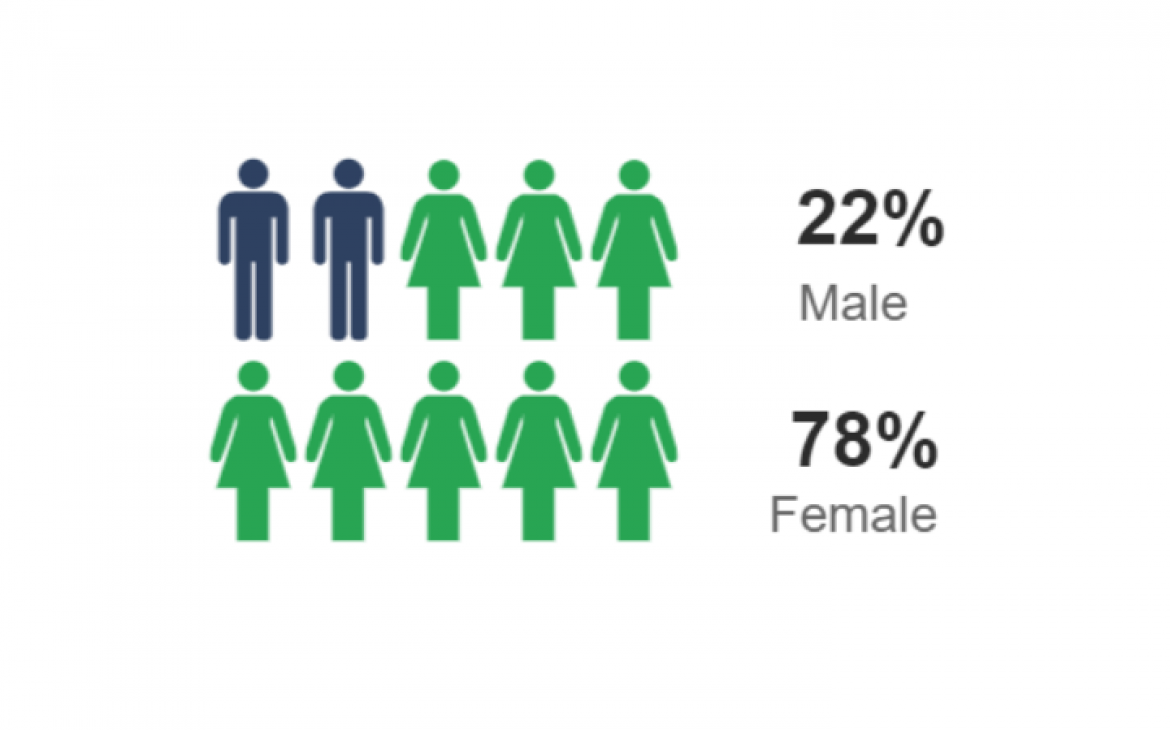 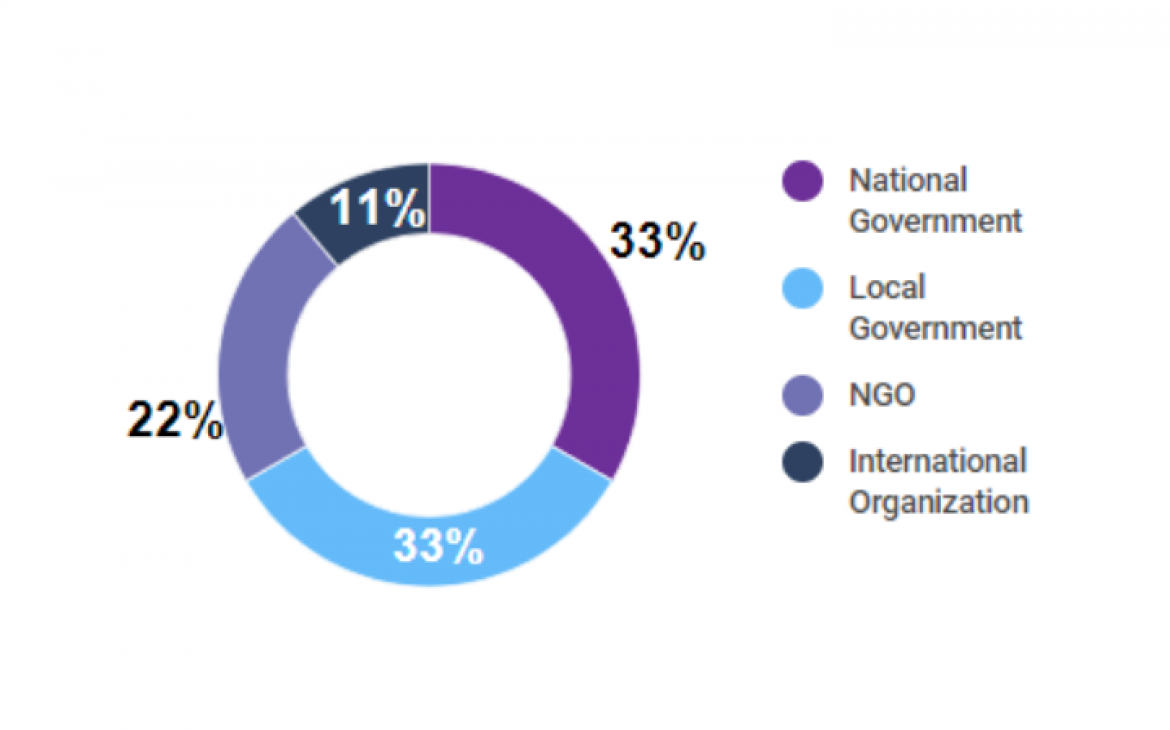 All survey respondents had indicated that they either “strongly agreed” or “agreed’ that they found the workshops useful and relevant to their job, and that the information was new to them. The majority of respondents further replied that they would have no or not as much knowledge on PRTRs if they had not participated in the workshop. Almost all had also responded that the knowledge and skills they acquired are important to success in their jobs.

Before I joined the training, data entry staff would contact me with inquiries and questions, however I would not able to provide them with the correct information they needed. But after attending the training, I gained proper knowledge on the topic.

The information from the workshops were useful. It’s important to know the methodology behind pollutant measurement. However, we currently don’t have general guidelines or a legal basis for official information entry and reporting. 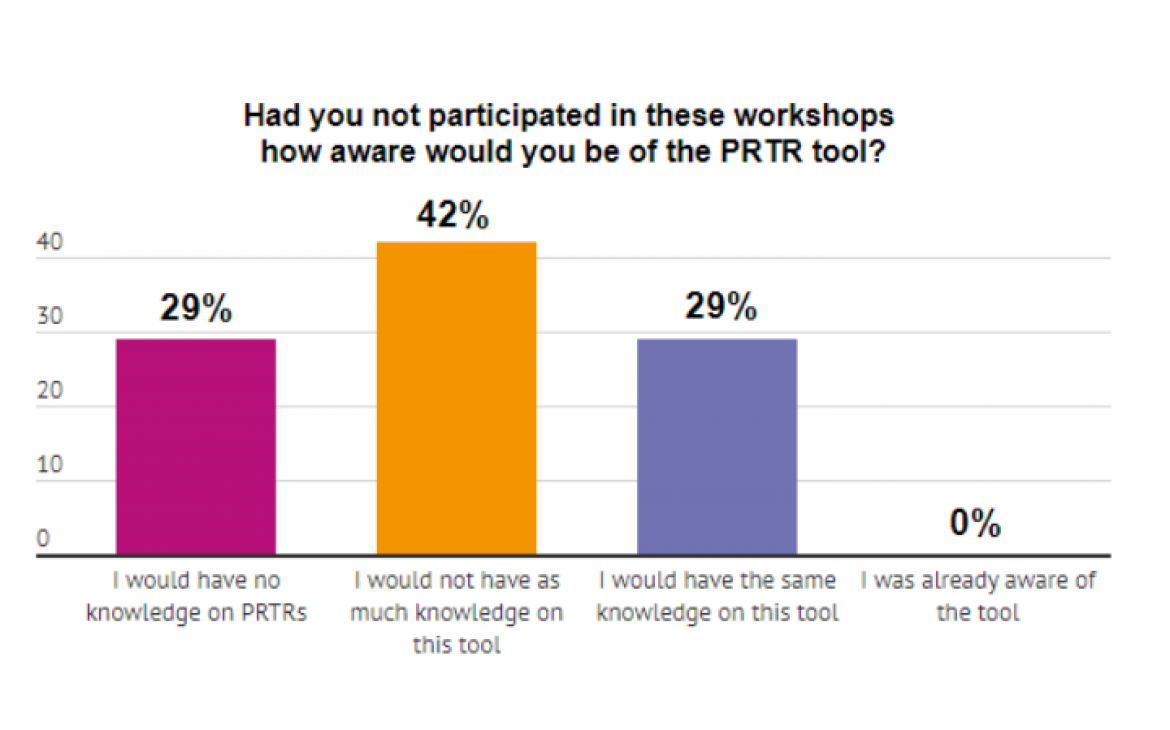 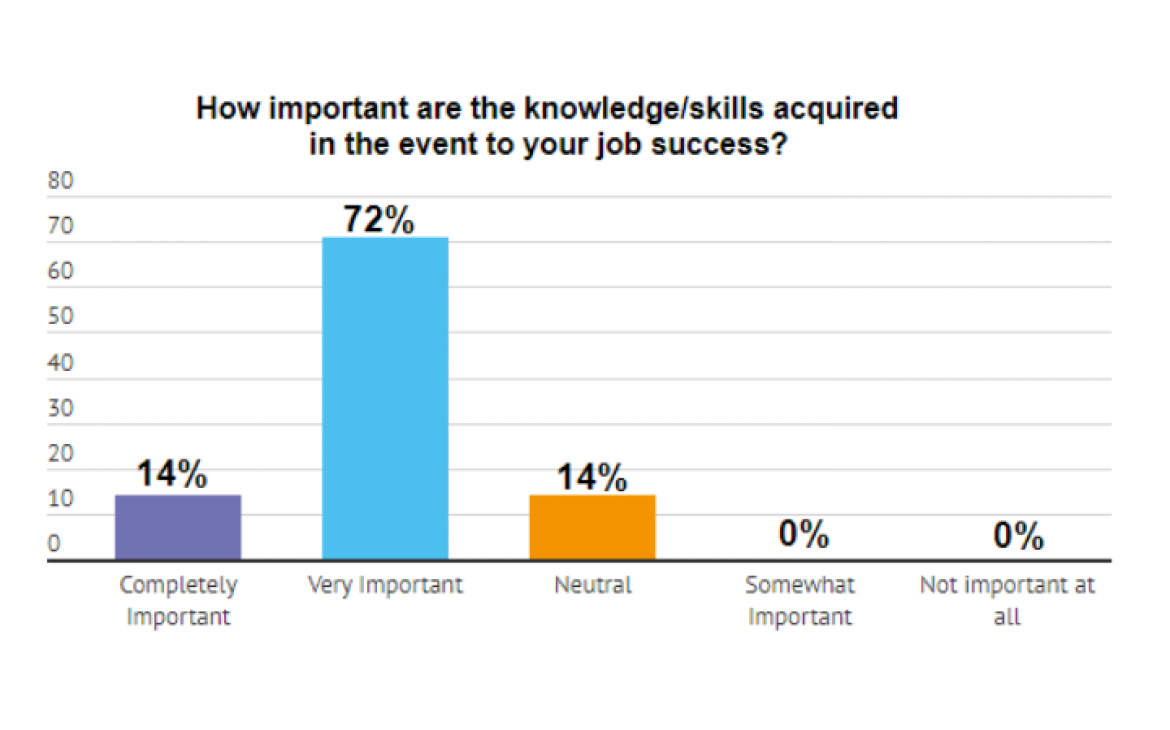 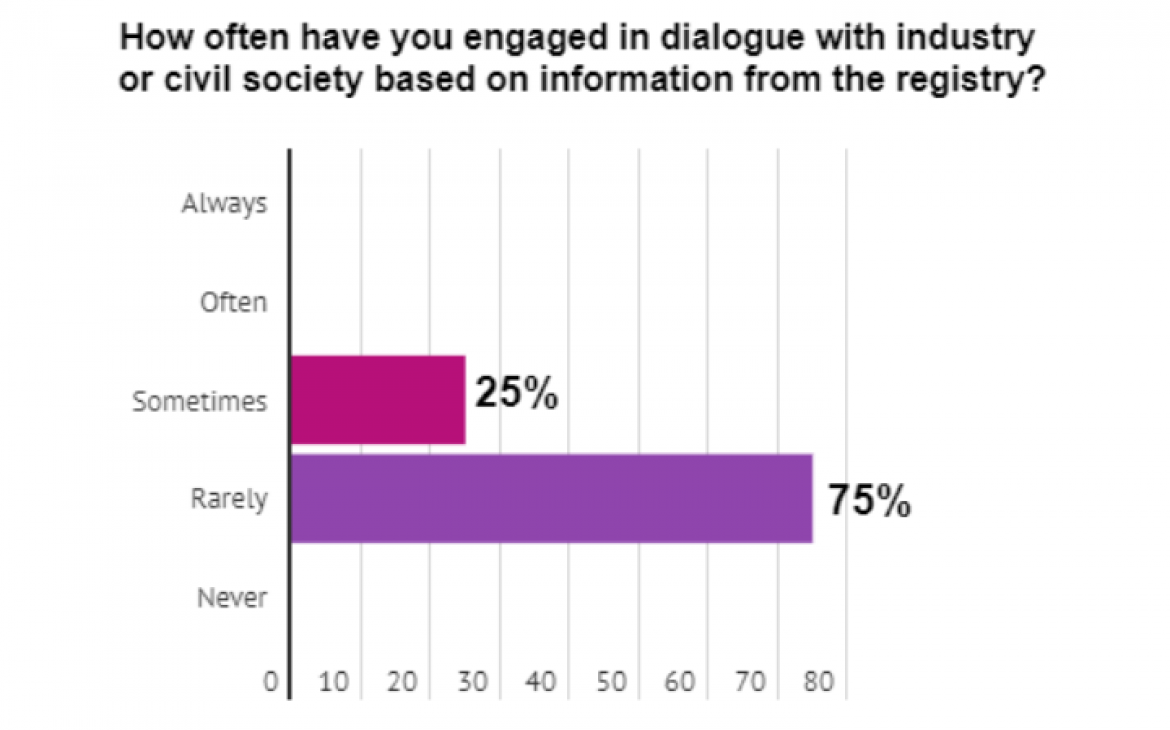 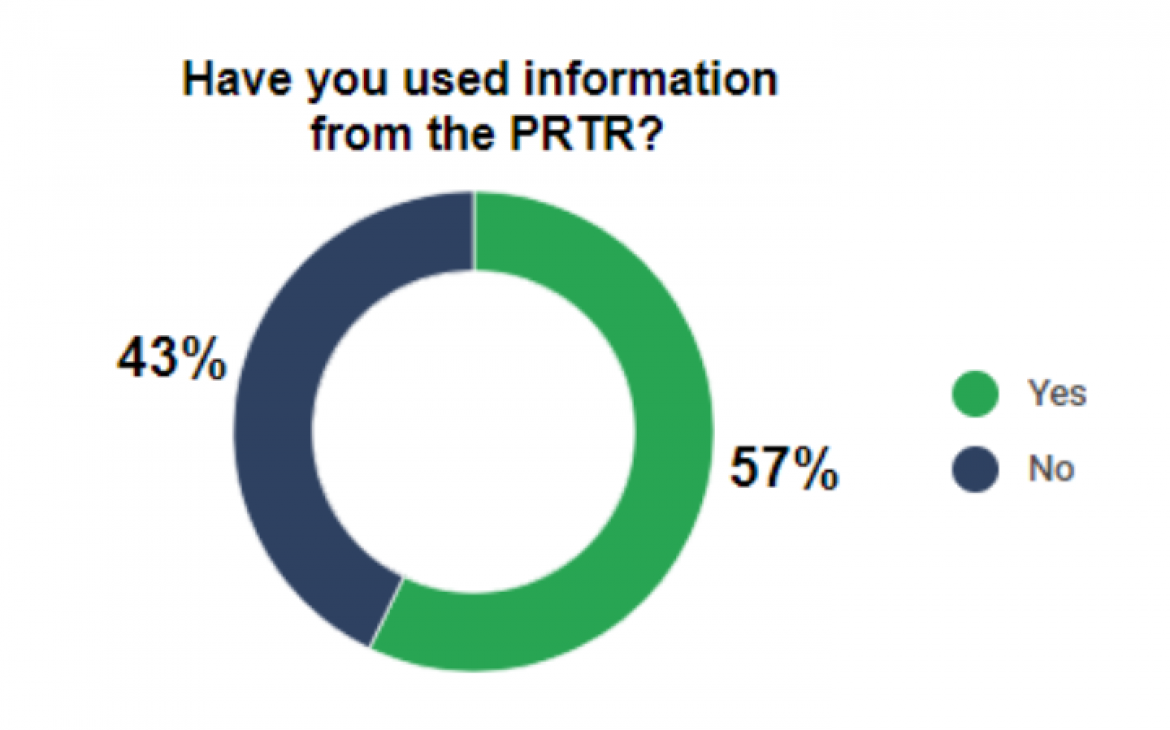 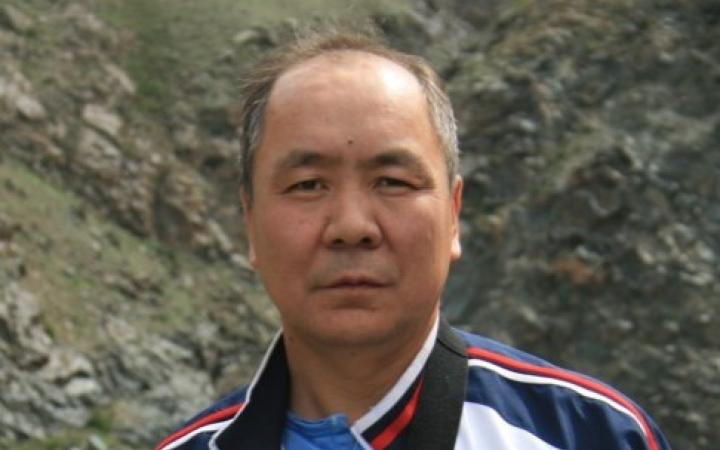 Mr Erdenesaikhan Naidansuren
Chair of the NGO: Environment and Security Center of Mongolia (ESCM)
Discusses the importance of the availability of data

Mongolia is often referred to as the land of the eternal blue sky and is known for its expansive green steppes, however, pollution threatens this pristine image of the country. Erdenesaikhan, or Erdene – as Mongolians are apt to shorten names – is a passionate individual who has devoted his career to environmental research and conservation. Having done his Master’s in environmental management and a PhD in risk assessment during Mongolia’s gold mining boom, he noticed the effects cyanide and mercury were having on artisanal small scale miners, motivating him to work in the field of sound chemicals management.

As chair of the NGO he co-founded with his colleagues – Environment and Security Center of Mongolia (ESCM) – Erdene works on the identification and mitigation of risks from toxic and hazardous chemicals and waste, with the aim of informing the public and the government. Through his work, Erdene participated in the Pollutant Release and Transfer Register (PRTR) workshops organized by UNITAR and MET.

He participated in the Inception Workshop and the Training Workshop on PRTR Awareness Raising Tools for Data Dissemination. He sees great potential in the PRTR in its ability to provide awareness raising on chemical pollution, stating:

Chemical pollution is, unfortunately, worsening every year in Mongolia. The PRTR information portal is more important than ever.

Erdene regrets that the PRTR is not yet fully functional, as its working level is still at the initial stage. Although the portal is live, there are only a few datasets available. However, he commented that once information is uploaded from the different ministries and industries, the data will be of utmost use, especially for ESCM as an NGO that conducts independent compliancy monitoring. If there is demand or concern from the public about certain pollutants or industries, his organization would use the PRTR to verify if the reported data is correct by comparing it with their own measurements.

This information would help promote transparency in providing the public with information on pollution within their environment and guide the government on which areas to focus efforts.

He stated that the trainings were useful in depicting uses for the tool, how to collect data, and navigate the portal, but that they are unable to apply these skills as the data has yet to be consolidated. There is the added layer of burden, as the MET also has an existing environment information database that also has not been integrated into the PRTR. Presently, Erdene is waiting for the ministry to make a campaign to request industries and organizations like his to upload their environmental data for the benefit of all users. However, he was empathetic towards the limited capacity, citing that chemical pollution in Mongolia is a large feat for the country to tackle and that the improved management of chemicals will need to be a concerted effort with additional external support from organizations like UNITAR.

Erdene has high hopes for the potentials the PRTR can provide in not only awareness raising and fostering an environment of informational transparency, but also in the creation of policies, regulations, and legislations that will be evidence based and driven from data. This is especially important for limiting pollutants from major industries in Mongolia like mining, which release chemicals throughout the whole life cycle and supply chain.

We still don’t have clear policies on polluter pays principle (PPP) or a water pollution law. The level of potassium has been quiet high in our waters. The PRTR can help spearhead these policies.

He stated that some industries are willing to be more environmentally sustainable but since there is no well-established legistation on PPP the country cannot apply such principles.

Erdene went on to explain, “whenever we collect data on environmental pollution, we share this data with industry because they are also interested if they are polluting, what type of pollutants they are emitting, and at what level, and also if it is within industry standards.” He thinks there needs to be more of a push from the government to get industries to report their data to the national PRTR database, “until we declare how serious and intense chemical pollution is in Mongolia, industries will not reduce their pollution.”

As for networking at the trainings, Erdene exclaimed “the workshops were exciting – I met so many colleagues that I haven’t met before.” Making new connections at the workshops has provided opportunities for potential collaboration and has made others aware of his NGO and their work.

Erdensaikhan established the Environment and Security Center of Mongolia  (ESCM) with his colleagues in 2008, to remedy the weak chemical management in the country. The main concern they wanted to address was the insufficient availability of information on pollution hotspots for ordinary citizens, particularly in rural areas.

ESCM is a small NGO of comprised of a multidisciplinary team of chemists, experts on water, air quality, land management, and disaster management experts. They work with the local government agencies in different provinces to conduct studies on pollution levels in soil and water. They also conduct their own trainings for government officials demonstrating how to collect environmental data and measure pollution at the local level.

They involve other NGOs in their efforts as well. They are part of an umbrella organization for environmental NGOs in the country, called Mongolian Environment Civil Council, in which there are 21 branches – one for each aimag or province. The different organizations share information with each other in a mutually beneficial partnership where they are all informed of environmental pollution occuring on the ground.

ESCM periodically gets financial technical support from Pure Earth – a US based non-profit organization that supports pollution reduction in Mongolia.

PRTR and the Sustainable Development Goals

The global consumption and production of chemicals has continued to grow at a substantial rate, posing threats to human health and the environment. Further action will be needed to minimize the adverse effects of hazardous chemicals. In this regard, the 2030 Agenda for Sustainable Development presents a great opportunity to integrate the sound management of chemicals and waste into relevant sector policies.

PRTRs are an effective tool that can be used to inform decision making and support the implementation of the Sustainable Development Goals (SDGs). The most evident links are SDG 3: Ensure healthy lives and promote well-being for all at all ages, SDG 6 Clean Water and Sanitation, SDG 9: Industry, Innovation, and Infrastructure, and SDG 12: Ensure sustainable consumption and production patterns. There are some links with SDG 11: Sustainable Cities and Communities in relation to air quality and waste management and SDG 8: Decent Work and Economic Growth regarding safe working environments.

Integrating the sound management of chemicals and waste into relevant sectors can help achieve these interrelated goals. The PRTR can assist in attaining the goals through the generation and consolidation of new information to identify chemical hazards and assessing their exposure and risk to human health and the environment thereby contributing to SDG 3 and SDG 12 directly.

The Most Relevant Targets Are

Target 3.9: By 2030, substantially reduce the number of deaths and illnesses from hazardous chemicals and air, water and soil pollution and contamination.

Target 12.4: By 2020, achieve the environmentally sound management of chemicals and all waste through their life cycle, in accordance with agreed international frameworks, and significantly reduce their release to air, water and soil in order to minimize their adverse impacts on human health and the environment.

While evidence from the survey clearly suggests that the workshops were successful in providing new knowledge and skills for job success, no Level 3 (behavioral) results – of Kirkpatricks Four Levels of Evaluation – were observed thus far, as the objective of the project was to design and pilot test the PRTR, hence is not yet fully operational in regards to complete data availability at national level. However, survey respondents and the interviewee see great potential for the PRTR to influence Level 4 (impact) results on society. The general reaction from the trainings were that they were useful and that participants had learned new information. Once the PRTR has full cooperation among ministries and industries, with a clear legal framework to ensure compliance of reporting from industries, the national register will be vital in assessing quantities of chemicals released into air, water or land and communicating the related hazards to the environment and human health, providing knowledge to decision makers, and fostering transparency between industries and local communities.