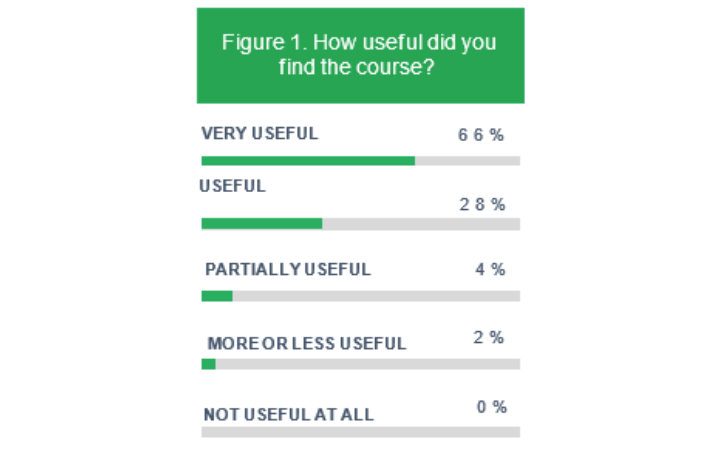 The Partnership for Action on Green Economy (PAGE) is a joint mechanism between five UN agencies, of which the United Nations Institute for Training and Research (UNITAR) is one. Hosted and led by the United Nations Environment Programme (UNEP), PAGE aims to help Member States embark on a greener and more inclusive growth trajectory by putting sustainability at the heart of economic policies and practices to advance the 2030 Agenda for Sustainable Development. In this regard, PAGE seeks to support countries and regions foster sustainable economic growth, create income and jobs, reduce poverty and inequality, and strengthen the ecological foundations of their economies.

Within the framework of PAGE, UNITAR has also developed a range of e-learning course and face-to-face trainings on foundational, as well as specialized topics. Most of the e-courses are self-paced, free of charge, and globally accessible via the UN Climate Change Learning Partnership learning platform. However, several time-bound, moderated editions geared towards decision makers in PAGE partner countries have also taken place.

This impact story looks at the extent to which the participants are applying the knowledge and skills acquired from the courses, and how they have applied it to their work since taking them between two to four years ago. The courses that participants attended were:

Nearly 70 per cent of survey respondents affirmed that they had used the knowledge from the courses often. Of the same participants, 61 per cent responded that they used the additional end of course material to ensure retention of the newly gained knowledge. More than half (56 per cent of learners) had developed an action plan on how to apply what they learned in their personal or professional lives.

Survey Results from Respondents Who Attended the Training 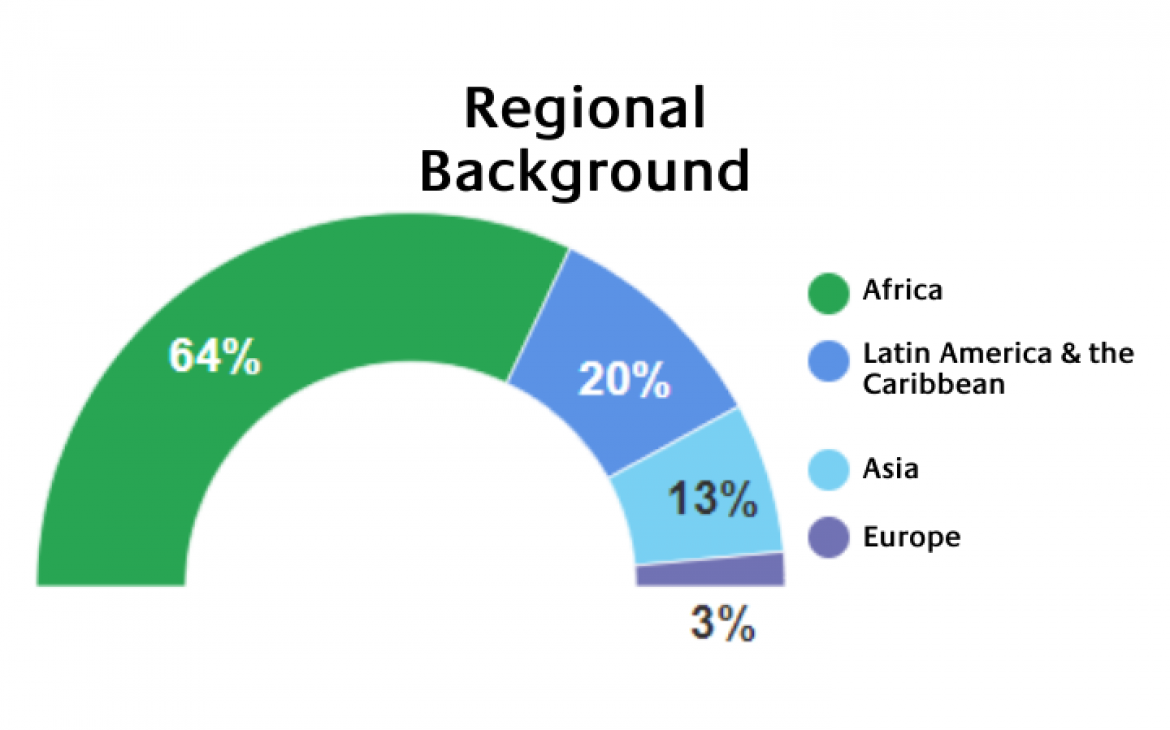 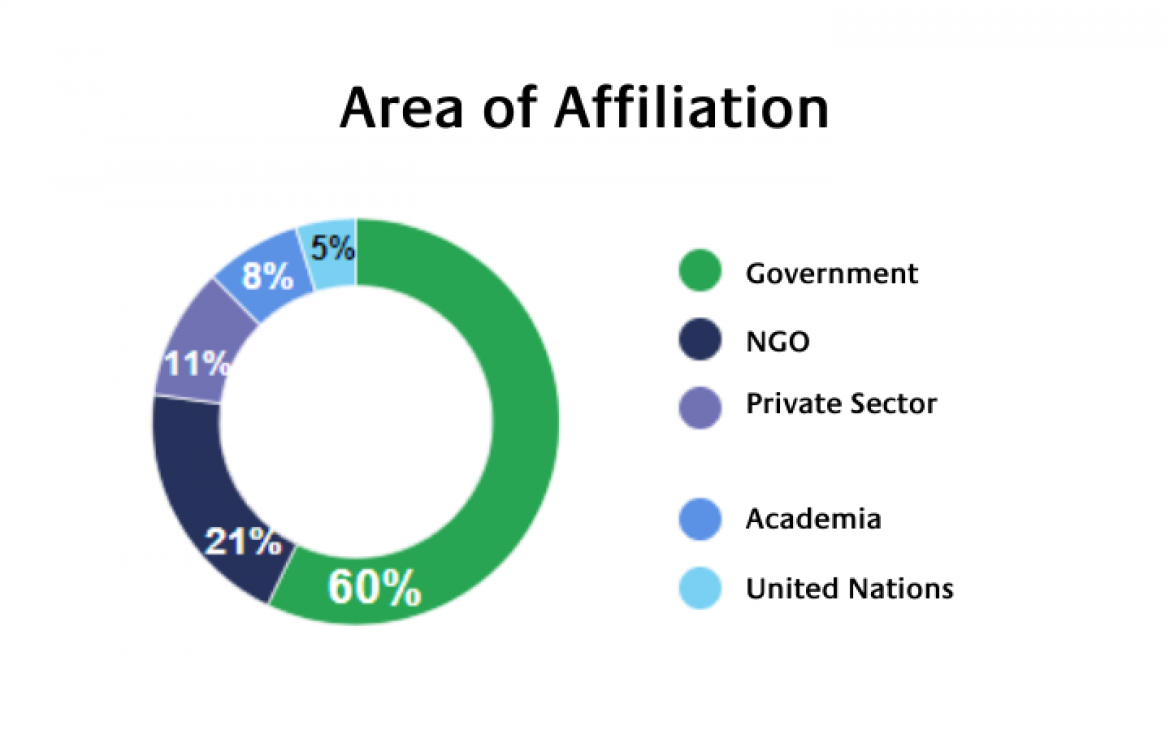 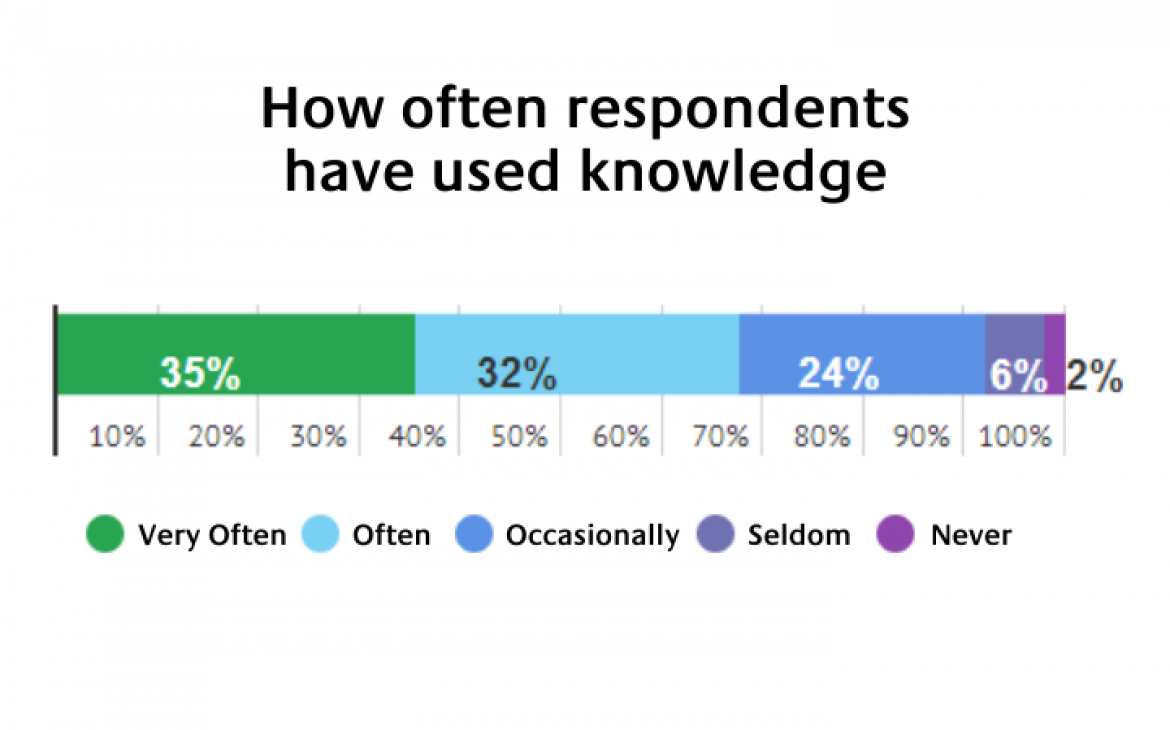 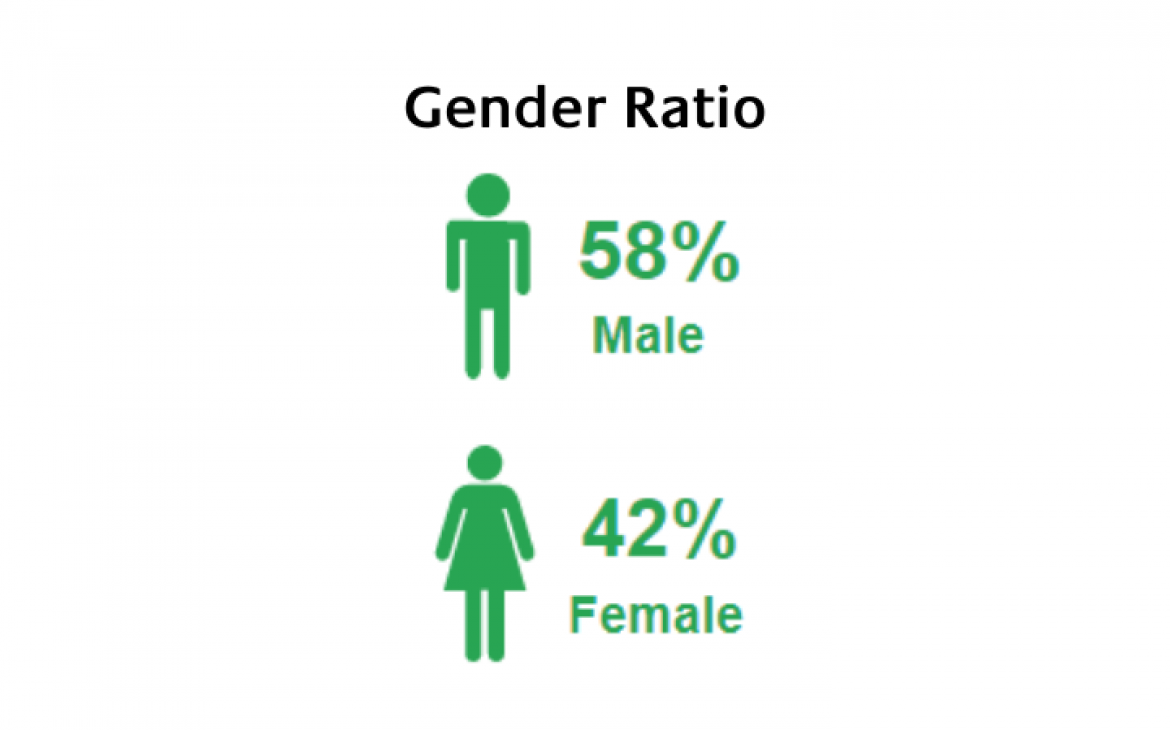 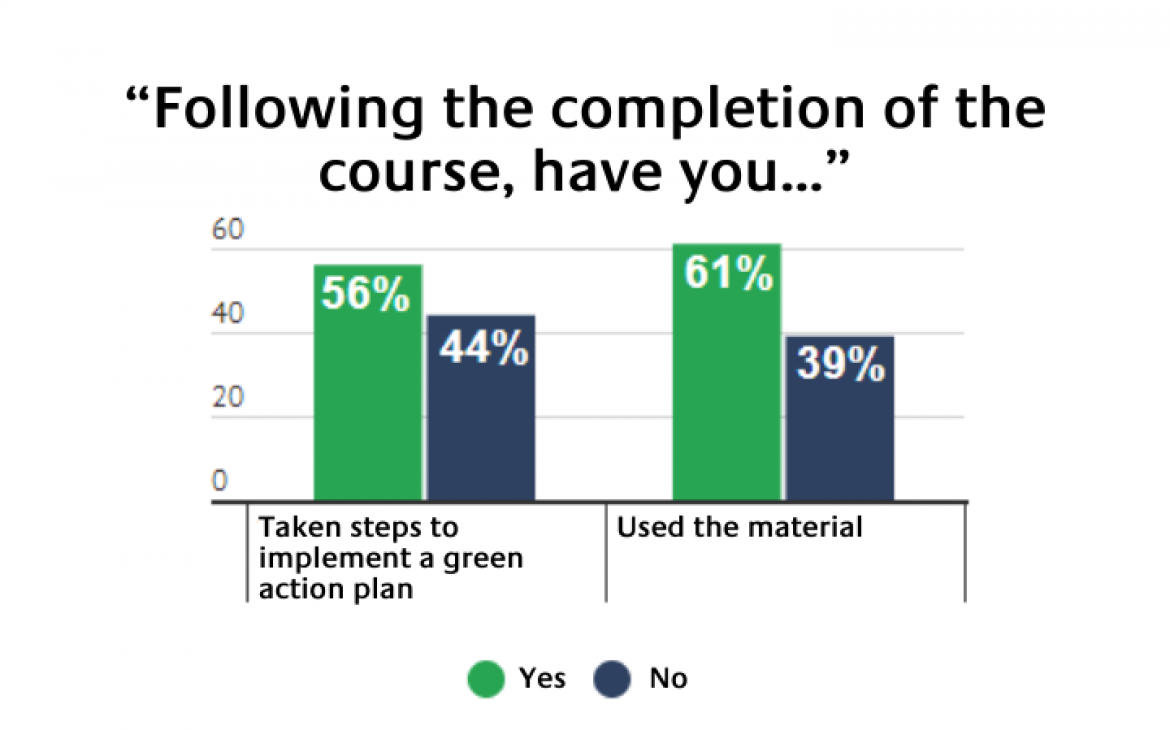 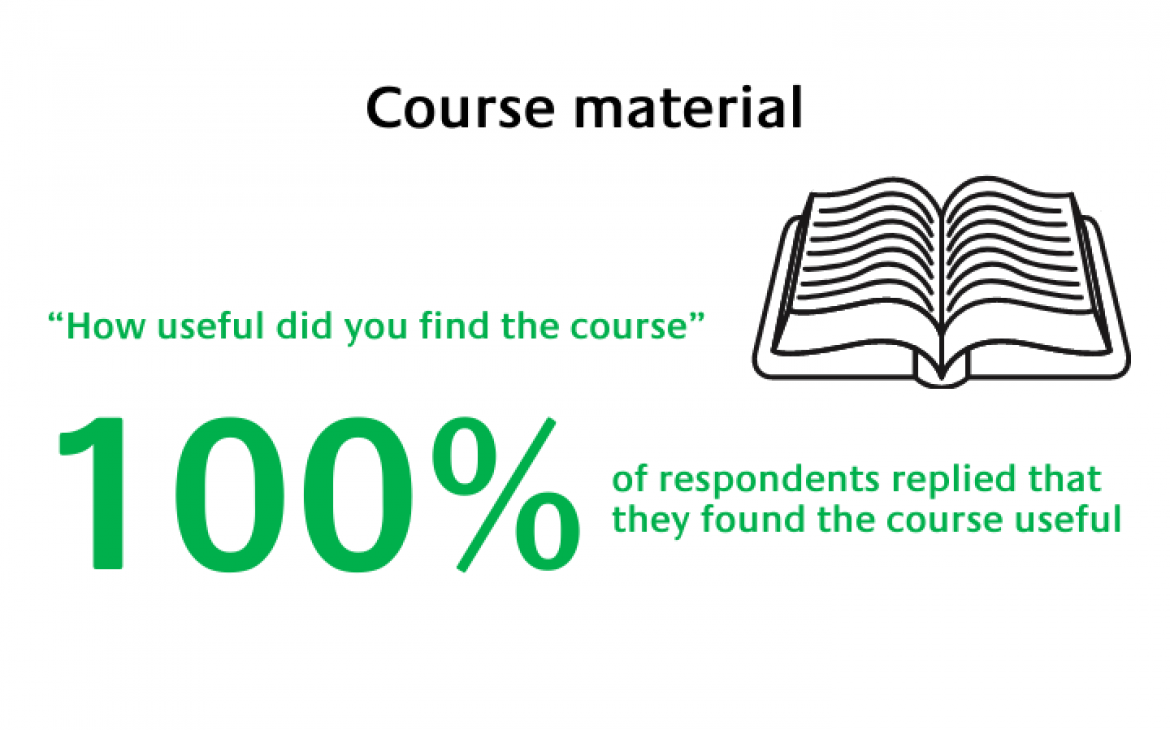 Insights on How Respondents Implemented the Action Plan

One of the main wastes generated by my organization as a crude oil refinery is hydrocarbon waste oil. This waste is also generated by other companies which is of national interest due to the indiscriminate disposal into the environment. Following my participation in the course I took the management hydrocarbon waste oil as a project to address the issue in my organization, community and national level.

I have managed to develop the Green Economy Guidelines for Iskandar Malaysia leading them to develop a sustainability roadmap for the state of Johor. Since then I have moved from IRDA and now with a foundation that is supporting NGO and civil society on environmental conservation and protection and the action plan carries on with me, in shaping what programs to support the bigger picture for a green economy in the country.

We developed private projects with private businesses to develop certain communities; we prepared a green economy policy proposal and presented it to the government; we provided business development services on green economies to help reduce waste and costs; we designed a manual for green hotels.

I initiated a Green Economy Forum within my Institution where we discuss and deliberated on opportunities and challenges of sustainable local growths. I also started a Think Tank group that has implemented a 5-hectare oil palm plantation within the Federal Polytechnic Ado-Ekiti’. 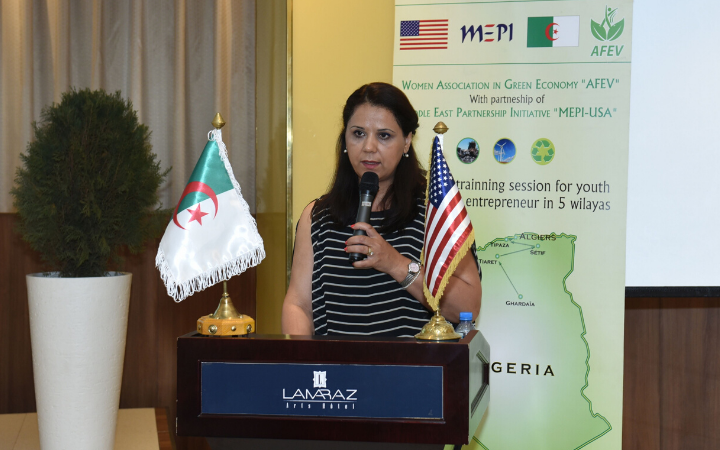 Karima is the founder and the president of L’association des Femmes en Économie Verte (AFEV), an organization that aims to identify and guide women and youth in Algeria towards sectors related to the green economy.

She participated in the “Introduction to Green Economy” and the “Green Economy and Trade” online courses in 2015 and 2017, respectively, and has been using skills and knowledge from both courses ever since. Her reasoning for participating in the two courses was to improve her own knowledge on the topic to better transfer knowledge within her organization. Karima was most interested to learn good practices at the international level, the challenges and opportunities to advance a green economy, the relationship between green economy and trade, and green economy adaptation strategies that could be adopted in her country Algeria.

She spends half her time working on matters related to her association, and the other half working professionally within the energy sector. Regarding her increased confidence, Karima indicated that prior to enrolling in the courses her knowledge and skills on the green economy were limited to her sphere of work, but now she is more self-assured at AFEV as she is able to relate the fundamental concepts and approaches of green economy to sectors outside her own. For example, her newly acquired understanding of the green economy allowed her to answer confidently even the most specialized of questions related to use of hydroponics and worm breeding from a green economy perspective.

The courses exposed Karima to the application of green economy concepts to real world economic, policy-oriented, and even personal contexts. They also helped her to distinguish relevant policy instruments for correcting market failure and reforming economic incentives. One of the important aspects of the courses was to develop an action plan at the end of the module. In this regard, Karima developed a training to sensitize young adults – mostly young university graduates – on green economy and entrepreneurship. The training sessions were geared towards management, finance, and accounting techniques regarding the green economy. The knowledge acquired from the courses enabled Karima to continue raising awareness among youth and women on the transition towards green economy and other green economy sectors that were new to her.

Karima also thought that the courses were designed in a very informative way that provided guidance, orientation and clear explanations that helped her to apply the acquired knowledge and skills to her work, resulting in her improved confidence at AEFV. Even though Karima works only part time with the AEFV, which is on a voluntary basis, she has done tremendous work for the organization.

She has used the course material when conducting trainings at universities in 2017 and 2018, with a third upcoming in 2019. She is transferring the knowledge gained through the course to the beneficiaries of her organization thereby building the capacity of the young people in Algeria who are interested in green economy. 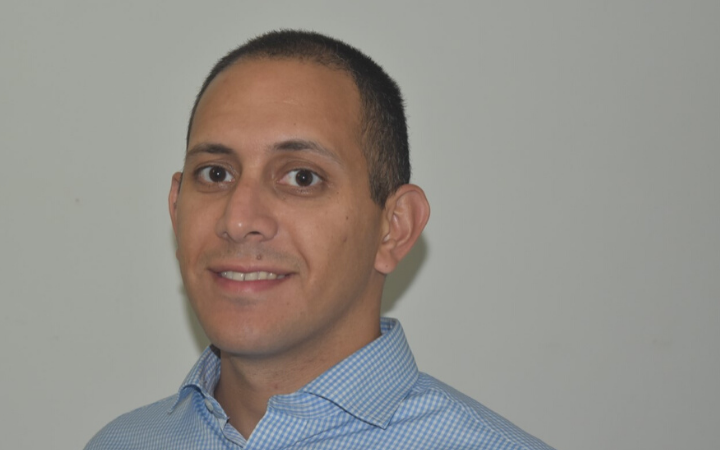 Julio. C. Sosa
Chief of department of Environmental Management with the Chamber of Industries of Uruguay
Green Economy Academy 2016

Julio is the chief of the Department of Environmental Management with the Chamber of Industries of Uruguay. He attended the “Green Economy Academy” in 2016, which was a two-week training and learning event held in Turin, Italy. It was aimed at solidifying existing knowledge and fostering an exchange of practices in the transition to environmentally sustainable and socially inclusive economies. For Julio, green economy was a new topic, so he was motivated to participate to learn more about green economy policies and strategies.

According to Julio, the Academy has provided him with new skills and information that have enhanced his creativity and critical thinking at work, allowing him to reflect on problems and utilize his available resources in new ways. While at the academy, Julio had expanded upon an idea that had emerged in the past, for a project with his colleagues. The project that they further developed was the Industrial Platform for ecommerce on waste and byproducts, among others. The platform allows the industrial sector to make a triple impact: socially, environmentally, and economically. Julio said that this platform would serve to reduce the waste in the country by improving supply management and the efficiency in the use of infrastructure and materials.

Although the learning materials he received following the academy were not directly related to his work, he shared the documents with his colleagues, who now use the materials in most of their daily work.

Additionally, Julio and his colleagues’ participation in the academy has led to Uruguay applying to PAGE and eventually becoming a member. During the Academy, Julio and his colleagues from the Ministry of Labor, Ministry of Industry, and Syndicate of Uruguay decided to learn more about PAGE programmes together. When they arrived back to Uruguay, they suggested that Uruguay should apply to be a PAGE member, eventually providing support and guidance throughout the application process.

Presently, Julio continues to provide assistance on PAGE activities in Uruguay. Julio’s interests in PAGE training activities did not stop with the Green Economy Academy. In 2018 he went on to attend the PAGE Ministerial Conference in South Africa.

The survey results show that there has been a significant increase in confidence in developing green economy implementation strategies by the course participants. The overall impact of the PAGE trainings can be witnessed through the accounts given by Karima and Julio, particularly through their professional growth following the courses.

The courses’ impacts proliferated beyond the individual level in that Karima and Julio’s work contributed to the community through the sharing of learning materials, allowing for collaboration on projects for societal improvement. The courses further provided them with the increased capacity to identify and build on opportunities to promote a socially inclusive green economy and materialize innovative ideas on the green economy and other relevant sectors.