Not just a Degree but a Life Experience 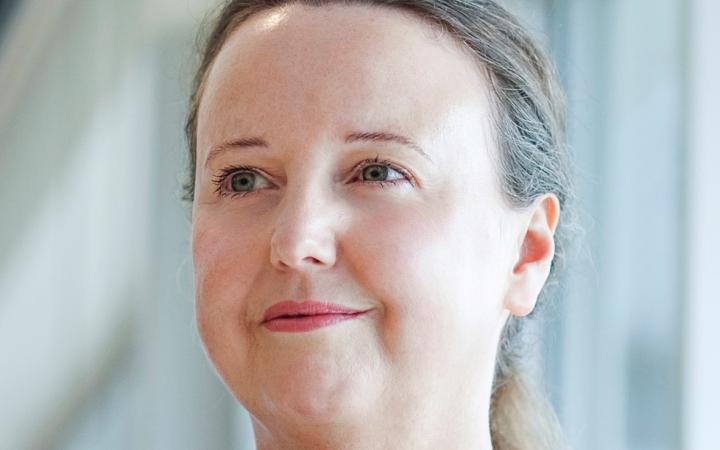 For many people, making time to study when you already have a solid and successful career may seem like a crazy idea. Add other activities such as hobbies, social life, family responsibilities, and most of us would not even consider it.

Not Jennifer Anderson, though, who has a background in law and economics and works as a solicitor in Newcastle, Australia. Through the UOC — UNITAR Online Master in International Affairs and Diplomacy, she found the perfect means to get the knowledge and skillset she always longed for, without setting aside her well-established life. “To someone who has already done a lot, it’s fantastic to be able to access this type of learning without having to leave your job or move, and especially to do it while balancing other responsibilities and commitments”.

When Jennifer says she has accomplished a lot, she really means it. Throughout her career, she’s had the opportunity to work and live in many different places, including in developing countries, rural and urban settings, and both impoverished and very affluent areas. These experiences gave her an international perspective, and really sparked her interest in the world of international affairs and diplomacy. However, Jennifer never thought she would be able to seriously learn more about it, as it always seemed out of reach to her. “I couldn’t imagine just leaving my family, my ties to my community, and a successful career to take off and study”. That is when the online Master’s came in handy.

“It allows you to get all of the same benefits you would get at a day class university, but still spend time with your family, keep your job, and pursue your career”. 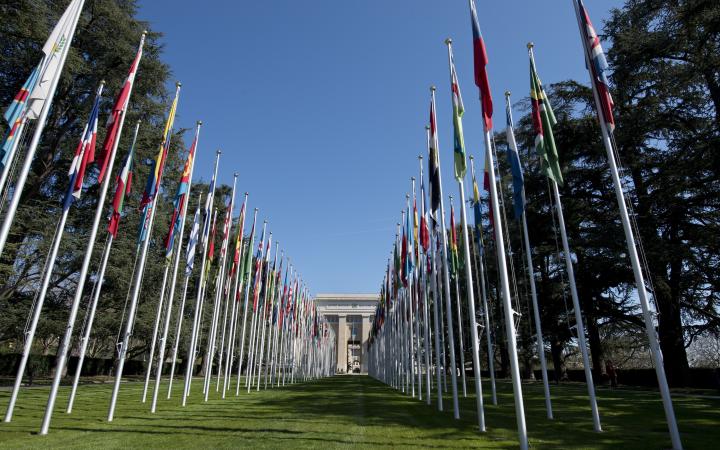 During the course, Jennifer truly got to know the role of the United Nations and the importance of multilateralism. In a field trip to Geneva, she had an immersive and first-hand experience and was able to consolidate everything she studied and discussed in the online forums with her colleagues in a practical way. “There was a lot of background information on the UN and its agencies, on how delegates and diplomats prepare, and what their roles are — which is very different from being a lawyer or just representing someone. This included the importance of handling things with tact and being sensitive to the nuances of the political world”.

Jennifer knew that passing the Master’s degree would open some doors for her, but little did she know that a concrete opportunity to apply everything she learned was already waiting for her — even before she finished the course. “Involvement in the course led to a colleague putting me forward to attend the United Nations Commission on International Trade Law (UNCITRAL) Working Group on Micro, Small and Medium Enterprises (MSME)”. Through this invitation, Jennifer attended the 31st session of the Working Group in Vienna, as a delegate for the Law Association for Asia and the Pacific (LAWASIA), an international NGO with a membership of lawyers from over 40 jurisdictions. “I’m very glad that I was well into the online Master’s before I attended the event because it allowed me to fully appreciate what was going on. Having visited the UN agencies in Geneva during the field trip, I was very familiar with the importance of protocol and conduct required when interacting with Member States at this type of event”. Jennifer was thrilled to see how quickly the efforts put into the classes and assignments paid off. “I spoke to the Working Group, got to meet many delegations, spent time with the executives, and since then have been promoting the work of UNCITRAL’s Working Group here in Australia”. But that was just the beginning for Jennifer, who already has two more upcoming events that she will attend as a speaker delegate in Canberra, the capital city of her home country, and Lead Delegate for LAWASIA on UNCITRAL Working Group I MSME in New York City, USA.

Beyond a qualification, the Master’s also proved to be an excellent opportunity to network and make meaningful connections with a widely diverse group of students.

“Some people were a lot younger than me and just starting off, others were older and already had quite long professional careers, like me, and some people were already working for governments, in foreign affairs. What I found interesting, both during the online course and on the field visit, is that although everyone was participating in this course for their own personal reasons, there was still a common purpose”.

Now, Jennifer uses any opportunity she gets to advocate the work of the UN and to mainstream the Sustainable Development Goals. “When I explained to my family, friends, and colleagues what the course is about and what I was learning, I was surprised and very pleased with the level of interest they showed”. Jennifer wants to remind people that the UN is an active organization that works hand in hand with communities towards reaching concrete objectives. “Suddenly, the UN international dialogue was something that I was talking about with people, and they were keen to be involved, to support, and to learn more about it”. Jennifer went on to add how enthusiastic people became “it has even led to people talking about it and saying ‘Wow, I would be keen to do something to promote the SDGs here’”. And to those who say that, Jennifer extends UN Photo/Jean-Marc Ferré a special invitation: “Well, take action, do a UNITAR course, follow them on social media, and read about the Sustainable Development Goals” because, as she says herself, “this course matters, what UNITAR does matters”.