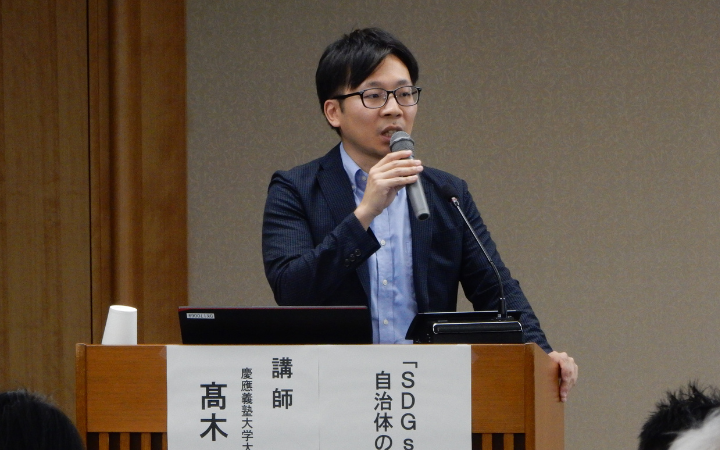 June 2022, Hiroshima, Japan – “It’s not enough to search for connections with the Sustainable Development Goals (SDGs). We have to put the SDGs to use and update our principles and policies to reflect them”, says Cosmo Takagi, Project Research Associate at Keio University and Research Associate of United Nations University Institute for the Advanced Study of Sustainability.

Cosmo has been a lecturer for the UNITAR Hiroshima Youth Ambassador Programme since 2020 and is active as an SDG adviser to local governments and organizations in Japan for the SDGs Decade of Action, a global movement to deliver the promises of the 2030 Agenda.

Although there is unprecedented momentum for the SDGs in Japan, Cosmo thinks that many programmes are still limited to only disseminating information. Even if public awareness campaigns urge people to engage with the SDGs, he believes the SDGs will remain no more than an abstract hashtag if they are disconnected from people’s everyday lives.

Solutions to problems and the path to improvement exist everywhere. For example, it would be simple for everyone to replace the commonly used Mincho font with a universal design font that is easier to read for everyone. Cosmo believes each of us need to better integrate what we know about the SDGs to our own contexts. He also notes the need for a system of verification and evaluation. 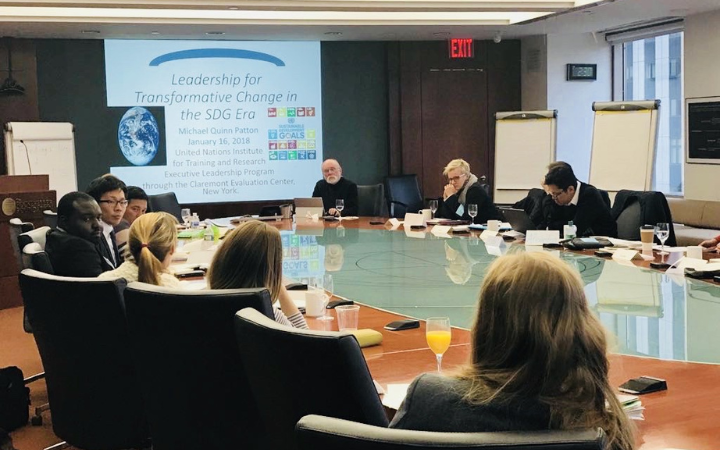 Cosmo Takagi at the UNITAR programme in New York

Cosmo became interested in local government and governance in developing nations as a young person and encountered the predecessor of the SDGs, the Millennium Development Goals (MDGs) when he was a student.

In 2015, when the 2030 Agenda was adopted, he was working at the Yamato City Office in Kanagawa Prefecture. While he felt the appeal of the SDGs, which, unlike the MDGs, called for the participation of all stakeholders and clearly specified the role of local governments, he was worried that the unfamiliar English letters of “SDGs” would be seen by his government colleagues as merely bothersome and pointless. Cosmo saw the need for a mediator to facilitate understanding between the United Nations and local governments.

As he continued his studies and began to learn extensively about the SDGs, he came across an SDG training programme run by UNITAR and Claremont Graduate University in the United States. He decided to enrol at Claremont and join this programme. Over half a year, Cosmo completed online lessons and in-person workshops and then explored each theme deeper with mentors.

Through the experience, he realized that hearing about the SDGs and the concepts once wasn’t enough. The knowledge had to enter into and shape his values and actions – that process was crucial.

Cosmo was also struck by the seriousness with which the world-class instructors spoke about monitoring and evaluations, as evaluations were not common in Japan; simple written reports were the norm. The approach of having specialized evaluation staff and budget, setting up indicators, measuring them and using them to improve projects and interventions impressed him deeply.

“Let’s not leave it to the next generation” 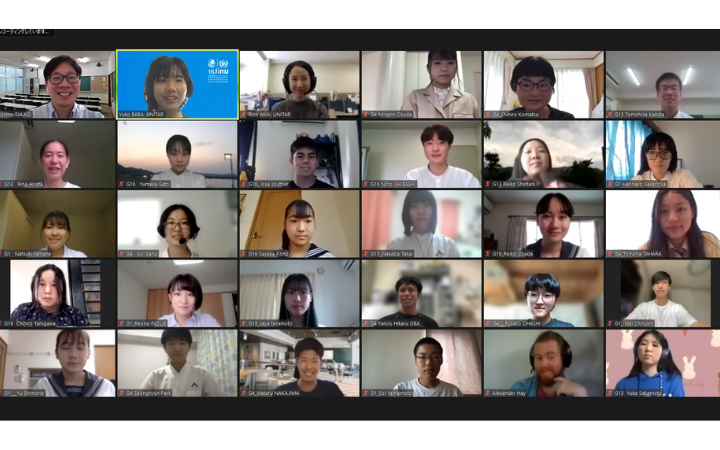 Webinar with Youth Ambassadors in 2021

After completing his studies, Cosmo began teaching and researching while consulting for local governments and educational institutions on the side. For the UNITAR Youth Ambassador Programme, he developed webinars and educational apps for the high school students. Cosmo made sure to share concrete examples of how young people could act for the SDGs and use creative ways to bring the concepts into the participants’ everyday lives.

“You’re not ‘the next generation,’” he tells the youth. “You’re already today’s generation.”

Cosmo wants the young people to see that they can do something about the problems they see in society.

Look to the world around you. Don’t keep your solutions to yourself. Use the common language of the SDGs to learn more about the outside world.

Join us in the 2022 UNITAR Hiroshima Youth Ambassador Programme! Third-year junior high students attending schools in Hiroshima Prefecture are welcome to apply. The application must be completed in Japanese. Deadline is 10 July 2022.