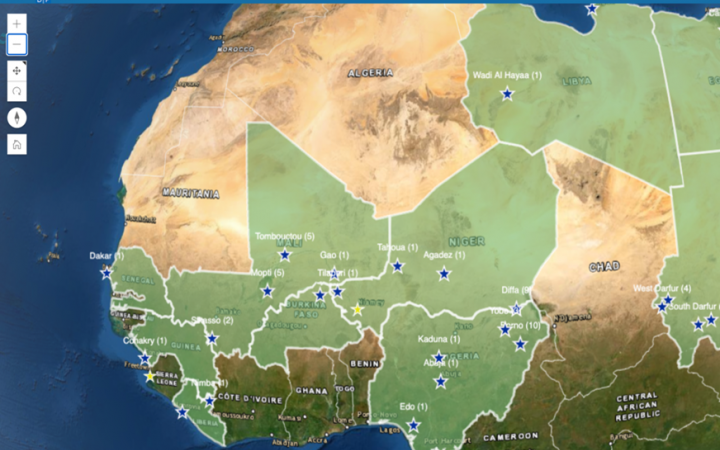 The UNITAR Operational Satellite Applications Programme - UNOSAT has thus leveraged its expertise and assisted fellow development agencies to respond to a variety of environmental and social challenges through applying remote sensing to monitor projects. 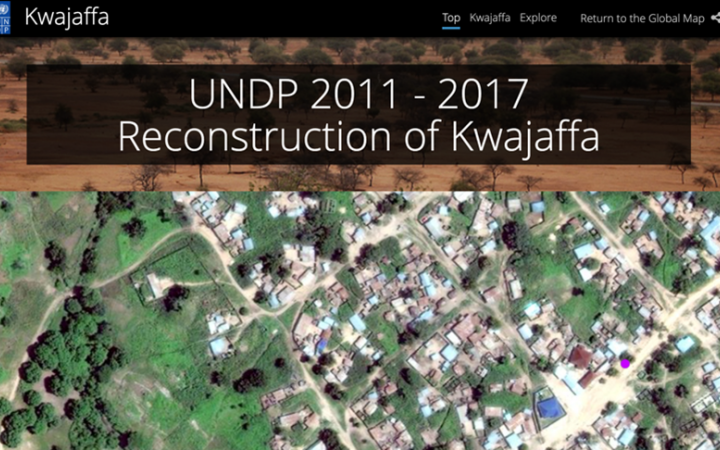 In late 2016, the United Nations Development Programme (UNDP) and UNITAR-UNOSAT entered into a three-year collaboration period with the purpose of developing a web-mapping interface for the monitoring and evaluation of 15 UNDP projects focused on infrastructure rehabilitation in Sub-Saharan Africa. The interface was customized to feature individual story maps depicting the project sites, which would convey the different projects’ objectives, activities, and their impact in an intuitive manner using the ArcGIS Online system. From this, the ‘Geolocalized Maps and Satellite Imagery Analysis’ interface emerged to include engaging story maps for 156 locations, in 7 countries: Guinea, Liberia, Libya, Mali, Niger, Nigeria, and Sudan.

When discussing the monitoring collaboration, Tala Hussein, a Quality Assurance Specialist at UNDP’s Office of Information Management and Technology, explained they required satellite analysis to fully understand the state of specific locations before, during, and after their project interventions. Several projects involved the reconstruction of essential infrastructures such as hospitals, schools, and electrical substations – for which satellite imagery was used to capture the evolution from damaged sites to functional facilities.

Prior to the uptake of remote sensing, UNDP project officers would physically go into the field and take photos to record the status of reconstruction. Although this is still an essential process, Ms. Hussein expressed the reality that, “in the field, you cannot see the past”. These story maps thus provided temporal analyses, using geospatial and satellite imagery to capture the exact location throughout the years, allowing the project teams a detailed view of transformations so they could track progress and visualize the impact of their work. Ms. Hussein went on to exclaim that these story maps were well received from end-users in both her department and in the UNDP country offices.

Regarding photos, field teams were able to upload and geolocalize images onto the story maps through UN-ASIGN, thereby providing additional data for monitoring efforts. Ms. Hussein stated that they had put the app to great use for capturing informal settlements in Conakry, Guinea, and tracking reconstruction in Libya, relaying that the app is well-liked by UNDP field staff and that they promote UN-ASIGN in all their activities.

These tools have allowed for improved donor reporting, as the story maps and satellite imagery acted as remote verification of activities. Ms. Hussein further hailed the interface’s versatile uses, not just for M&E but also for communications, planning, and coordination. As their activities were focused on infrastructure rehabilitation following crises, they frequently requested activation of UNOSAT’s rapid mapping services. She added that initiating activities with these maps allowed for better synchronization with other UN agencies on the ground to coordinate aid where it is needed, adding “UNSOAT was always on standby, ready for whatever we needed”.

The web-mapping interface was most useful in promoting transparency and accountability. The team would upload all data and information from the web maps onto the UNDP Transparency Portal, which allows the agency to be rated the most transparent development organization.

More broadly, during the project period, UNDP and UNOSAT have established innovative methodologies and systems for monitoring project sites via satellite imagery that can continue to be built upon to track progress and assess the impact for the benefit of communities involved.

Our GIS for M&E services provide objective and easy to interpret data aimed at enhancing development projects and ensuring accountability, to assist agencies to demonstrate their accomplishments to donors and stakeholders.

Furthermore, UNOSAT is committed to supporting fellow UN agencies and development organizations to achieve the goals of the 2030 Agenda. With UNOSAT’s insights, our partners can take the critical actions necessary to address urgent environmental and humanitarian challenges — a goal that is at the core of UNOSAT’s mission and mandate.