22 September 2019, New York, USA – The United Nations Institute for Training and Research (UNITAR) in collaboration with member institutions launched a university global coalition which was hosted by the Rockefeller Foundation, New York. Ahead of the 74th Session of the United Nations General Assembly, Executive Director of UNITAR, Mr. Nikhil Seth, joined higher institution stakeholders to mark this momentous event.

The coalition is “a collaborative platform of globally engaged universities and higher education associations working in partnership with the United Nations and other stakeholders to create a more sustainable future for all.”  Some of the founding member schools represented include the Yonsei University, Georgia Institute of Technology, George Mason University and McGill University. At the event, Former UN Secretary-General Ban Ki-moon spoke of the necessity to think beyond personal comforts, remembering that several people in other parts of the world are being negatively impacted by the harsh realities of this world. He reminded attendees of the collective responsibility to teach students about the 17 SDG Goals, thus become aware of solutions and have hope for the future. 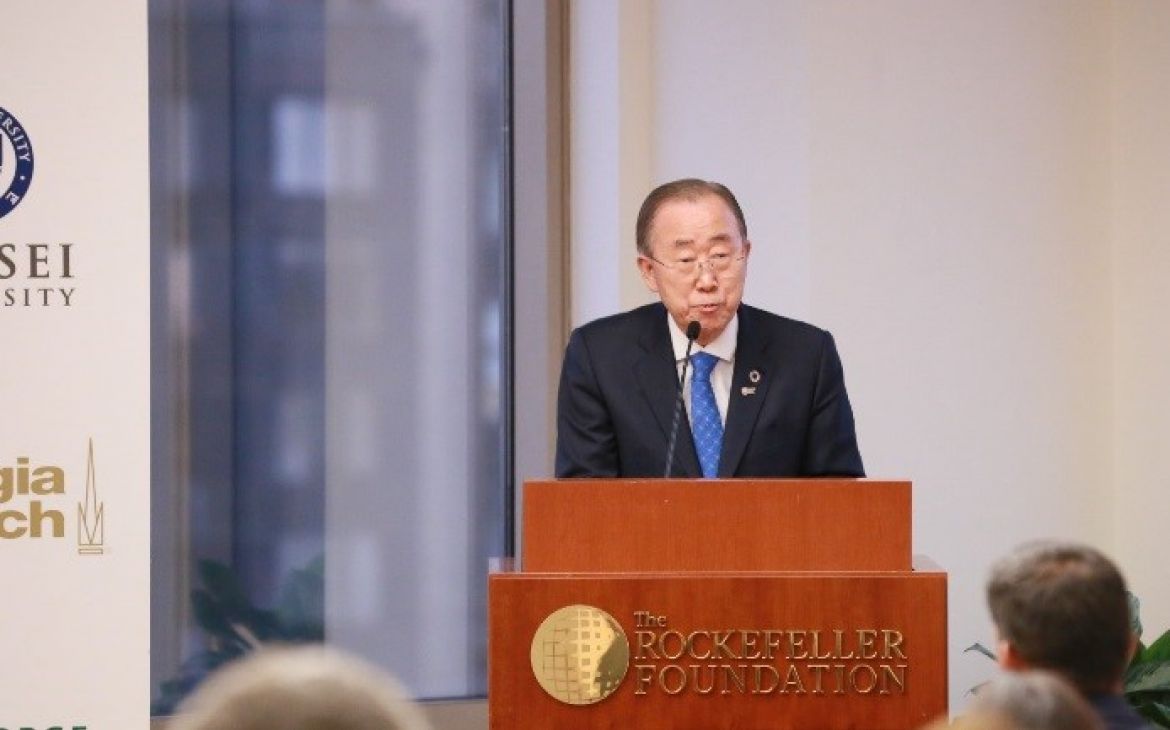 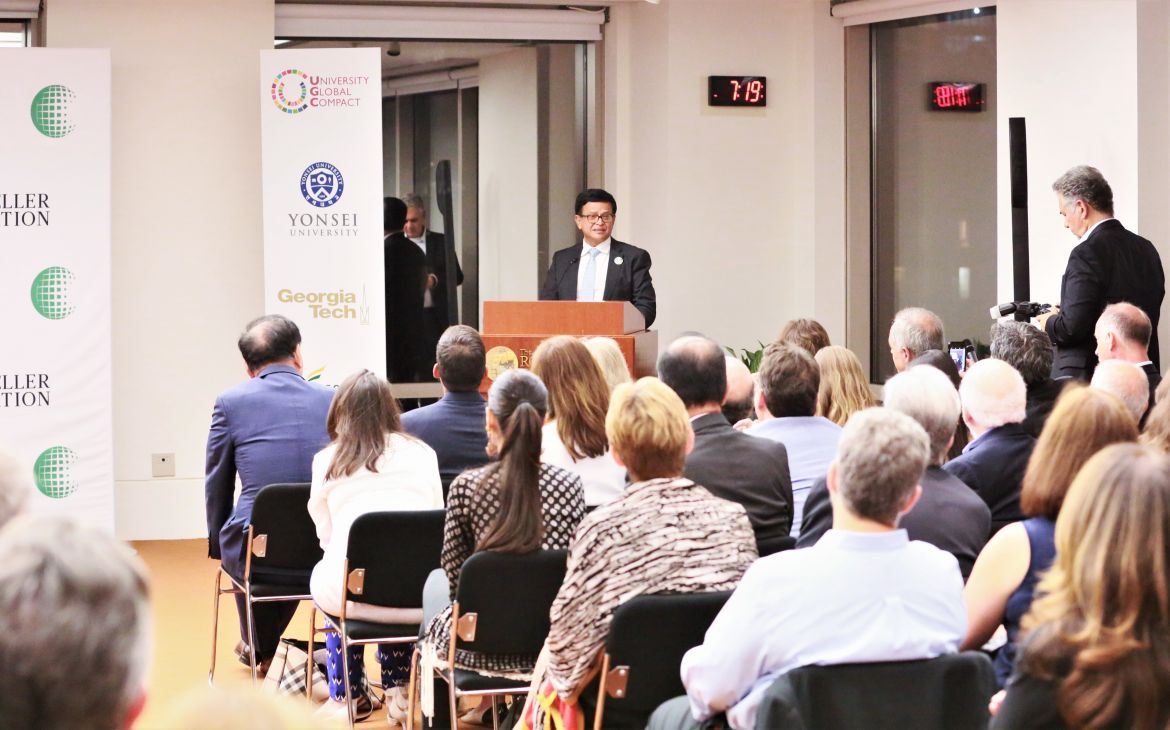 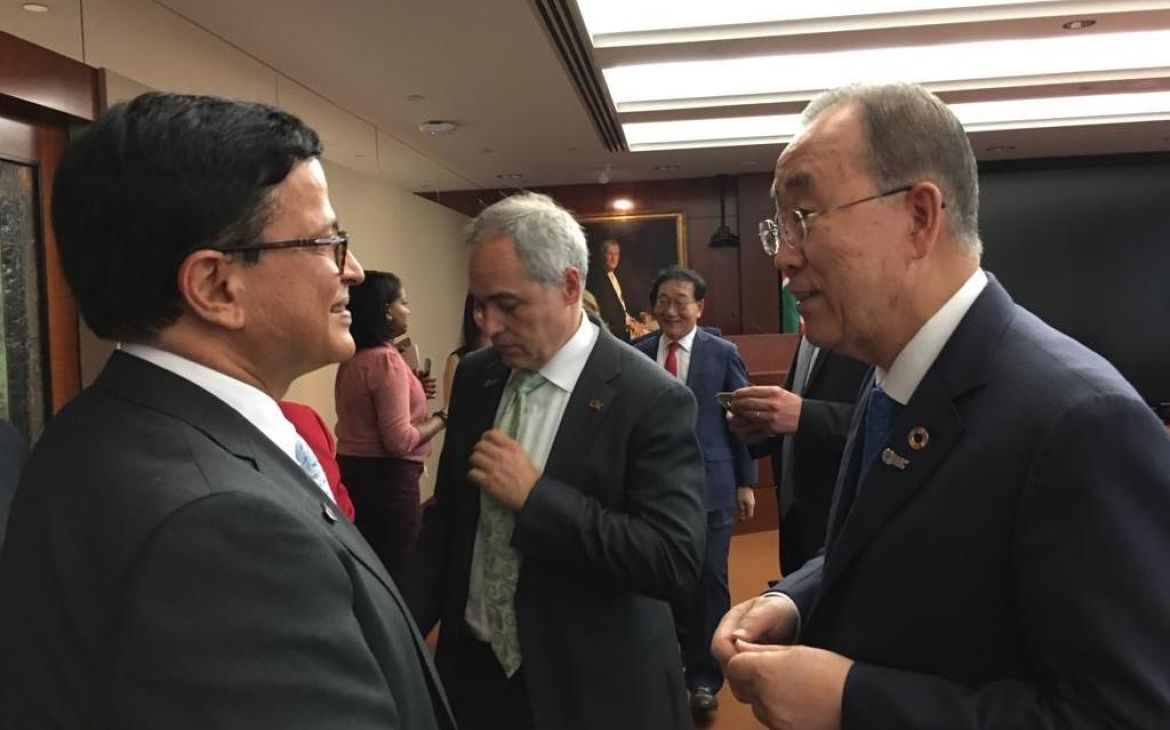 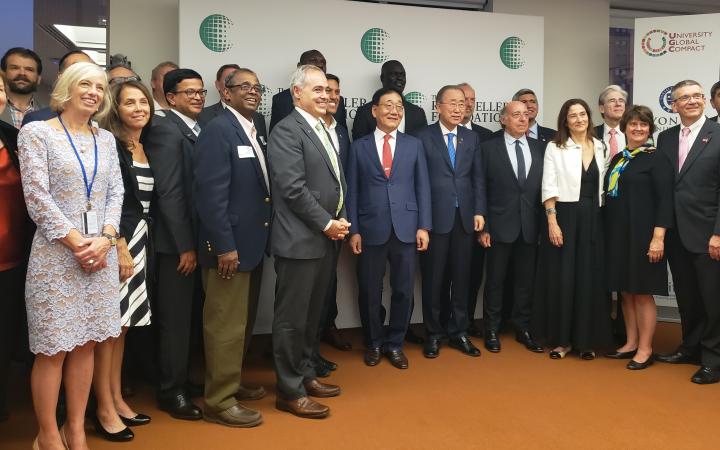 Adopted unanimously by world leaders in September 2015 to advance the UN’s Sustainable Development Goals, the main objectives include:

Additional objectives include recognizing the impact that each member’s own operations have on important sustainable development issues and acting responsibly to address them and serve as an example to others as well as communicating publicly the group’s progress and being accountable for outcomes.

Several other leaders of higher education institutions and representatives of non-profit organizations were present. Following the positive remarks by other speakers, the Rockefeller Foundation treated attendees to a remarkable cocktail reception