9 November 2020, Merida, Mexico – The International Training Centre for Authorities and Leaders (CIFAL) in Merida hosted a two-day virtual workshop on the role and contribution that Media can make in the attainment of the Sustainable Development Goals.

During two days, 35 members of the press from Mexico participated in the discussions that were facilitated by experts and practitioners from CIFAL Merida, CIFAL Ecuador, CIFAL Madrid, CIFAL Malaga, and UNITAR.

The seminar was inaugurated by Mr. Hector Navarrete, Director of CIFAL Merida and by Dr. Deisi Kusztra, Member of the Board of Trustees of UNITAR who gave a keynote speech about the Agenda 2030 and the Sustainable Development Goals (SDGs). Dr. Kusztra addressed questions from the Members of the Press regarding the role of journalists in development and how they can contribute to increase public awareness and foster action in support of the SDGs.

A session about the SDGs and Media as strategic partners in education for sustainable development was facilitated by Ms. Estrella Merlos from UNITAR. “The role of both, media and social media is central to raising awareness and providing a better understanding of the SDGs”, highlighted Ms. Merlos.

Dr. Lorena Mora representing CIFAL Ecuador addressed the need for transparency and accuracy in a time of rapid expansion of digital media and the wider dissemination of fake news articles.

Dr. Antonio Lucas, Director of CIFAL Madrid presented specific examples on how the Media has contributed to change behaviours and promote action in support of road safety improvement in Spain. Dr. Lucas highlighted “the crucial role that the Media has in promoting a road safety culture”

Ms. Martha Goyeneche, Communications Specialist from CIFAL Malaga facilitated a session on the contributions from the media to the society. Ms. Goyeneche pointed out the need for training citizens through communication and information, while inspiring them to take action. Mr. Francisco Pastor, Specialist from CIFAL Malaga also shared his experience and lessons learned on communicating in the context of COVID-19.

Mr. Hector Navarrete, Director of CIFAL Malaga offered concluding remarks and made an important call to the members of the Press who participated in the event, reiterating the critical role they have in shaping public opinion.  Mr. Navarrete “urged the media community to engage in discussions about the SDGs and seek to contribute to media awareness and understanding of sustainability, and to report on sustainable development related issues in order to contribute to the advancement of global goals”. 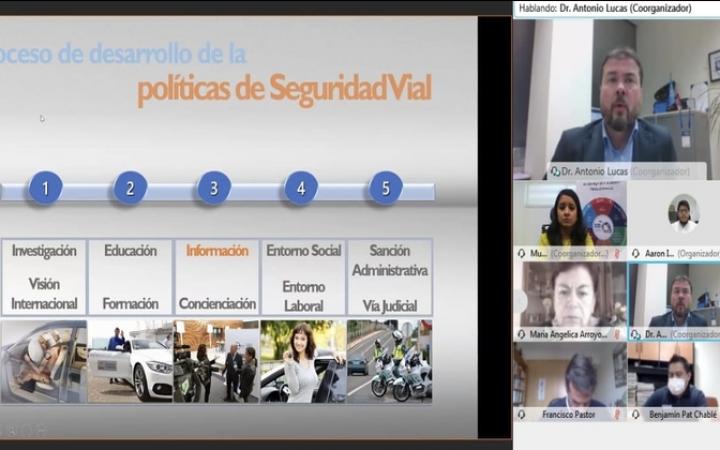 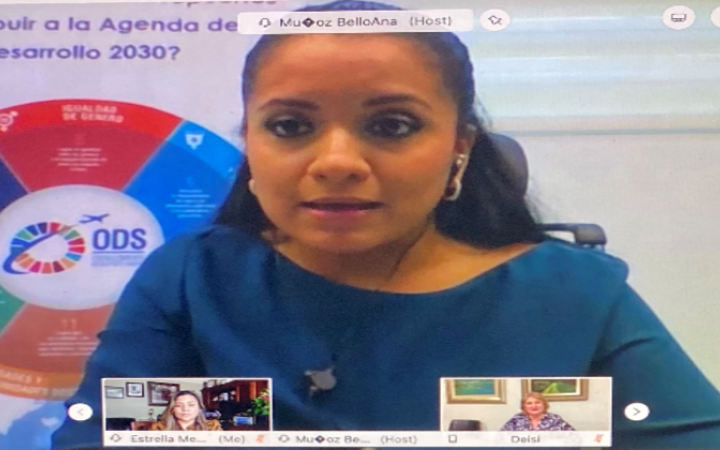 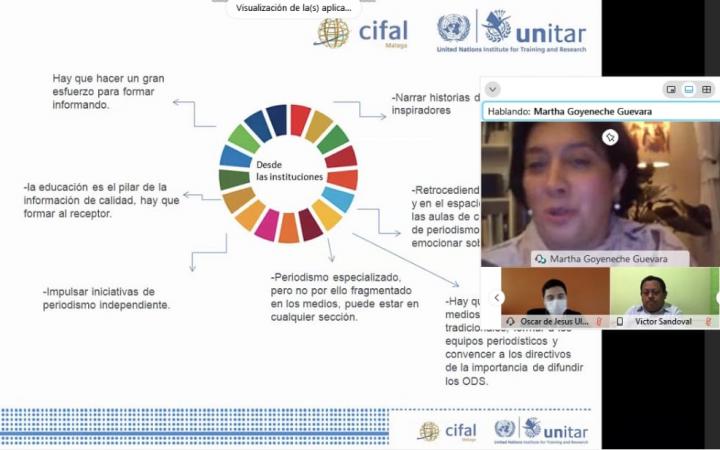 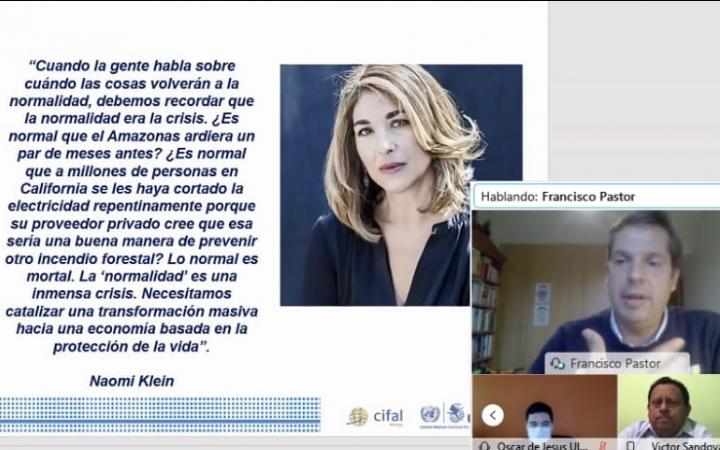