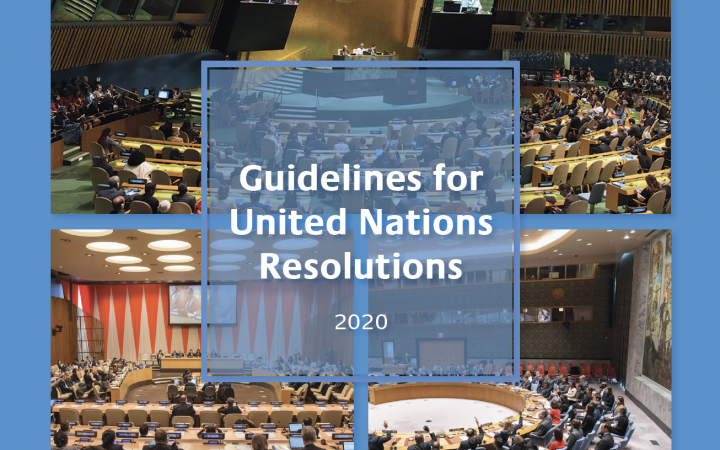 The rules of procedure of the General Assembly specify the process through which the resolutions and decisions of the Assembly and the Main Committees are to be adopted.

The present guidelines cover the application of those rules, at every step from drafting, submitting and negotiating to adopting resolutions in the Main Committees, the General Assembly, and other decision-making organs of the United Nations.

The Guidelines for United Nations Resolutions will be presented in the following languages and will be available in print and as an e-book download. (Coming soon in the links below)

UNITAR is also offering a short animated film depicting the process of drafting and passing a UN resolution: 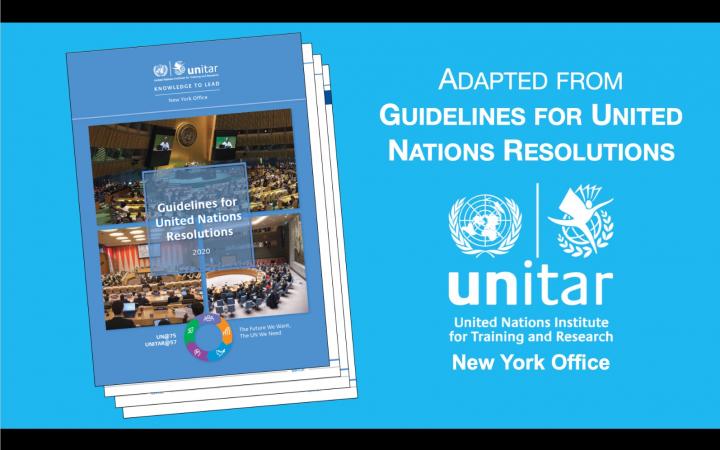