9 November 2017 6 at 16:00 / Assembly Hall, Palais des Nations, Geneva, Switzerland - The event consisted of a keynote speech and a panel discussion respectively with the President and Chief Legal Officer of Microsoft, Mr. Brad Smith, the Deputy High Commissioner for Human Rights OHCHR, Ms. Kate Gilmore and the Head of the Delegation of the International Committee of the Red Cross (ICRC) to the United Nations in New York, Mr. Phillip Spoerri, and was followed by an interactive debate with the public.

Mr. Smith opened the debate by introducing the concept of cyber-war and cyber-weapons, which are changing the ways in which conflicts take place by creating a virtual and less governable battlefield. He mentioned that the danger created by digital arms is greater insofar as it is not limited to military contexts, but on the contrary it is extremely common in times of peace. As a tangible example of this phenomenon, Mr. Smith mentioned two recent cyber-attacks, coming from North Korea and Ukraine respectively, which had harmful effects ranging from the violation of the right to privacy of civilians, to the endangerment of patients’ lives by affecting hospitals’ electronic systems.

As a countermeasure to these and similar issues, the President of Microsoft affirmed the pressing need for the tech sector to come together under a formal accord, to ensure the convergence of their priorities and responses in matters of cybersecurity. Mr. Smith also added that, although cyber-corporations are the best equipped actors to counteract the threats, all players involved should play a meaningful role in the response. Governments in particular should be encouraged to sign a new Digital Geneva Convention, similar to the Geneva Conventions ratified in the aftermath of the Second World War, with the commitment to abstain from engaging in cyber-attacks on civilians in times of peace.

After Mr. Smith’s speech, the panellists engaged in a though-provoking discussion about the existing challenges brought about by this recent phenomenon, and the initiatives that stakeholders can take to react. Ms. Gilmore introduced the conversation by pointing out that the technological developments that allow cyber-attacks to take place are precisely the tools that we should be employing in our response, as they are the only ones that will yield concrete results. “Our generation”, she added, “has an unprecedented obligation to make the world fairer, more inclusive and just through technology”.

Ms. Gilmore also emphasized the responsibility that cyber-corporations hold towards the issue, as this is proportional to their enormous power. Only actors in the private sector and in close collaboration with governments, have the ability to tackle the situation, and to bridge the current gap in capacity to render the digital space a safe and fruitful environment. The law already offers a formal foundation to regulate cybersecurity, but this needs to be improved and integrated with the new technological instruments at our disposal.

Mr. Spoerri supported and built on these claims, by observing that the ICRC relies on cyberspace for its many operations and is in complete support of any initiatives that could help make the digital world safer. He also agreed that the private sector has a significant role to play in this context, but noted that the central players will continue to be the states.

A video recording of this event is available on UN WEBTV. 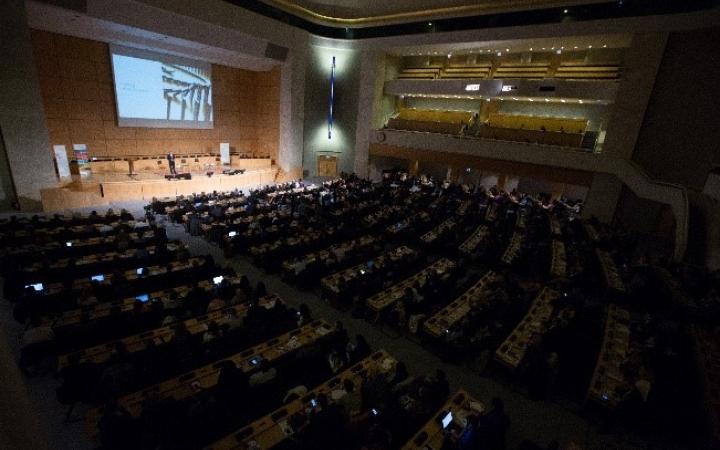 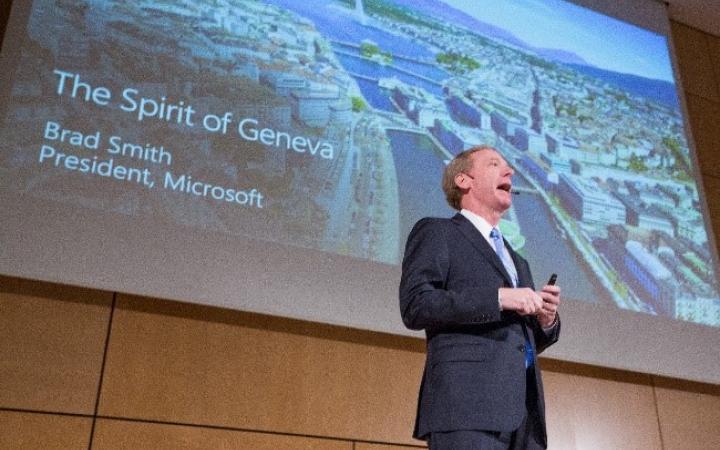 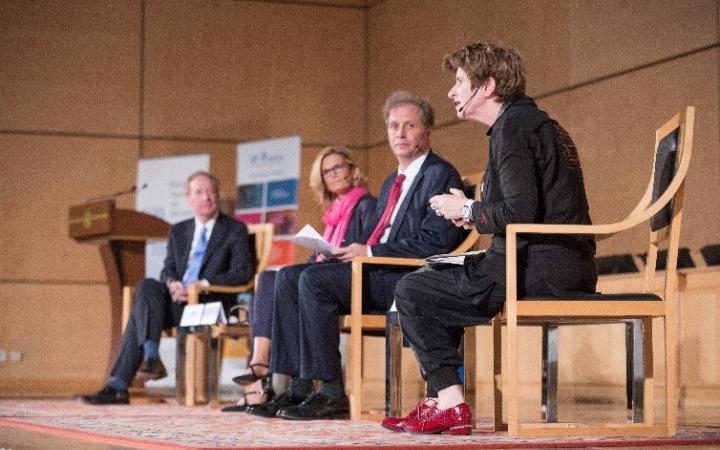 The Geneva Lecture Series are a joint UNOG- UNITAR series of open lectures which take place on a regular basis at the Palais des Nations in Geneva, Switzerland. The lectures aim to foster awareness of a number of pressing global challenges among audiences in Geneva and beyond, with a focus on how each individual can contribute to resolving such challenges.

The event was organized in partnership with the Graduate Institute of International and Development Studies and the Geneva Internet Platform, with the kind support of the Fondation pour Genève. 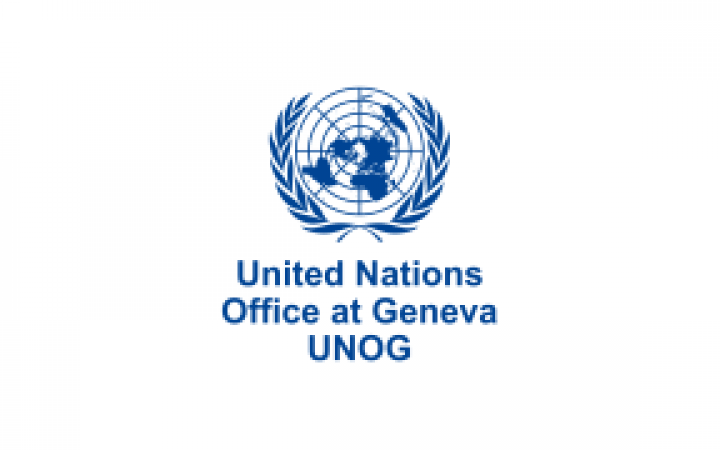 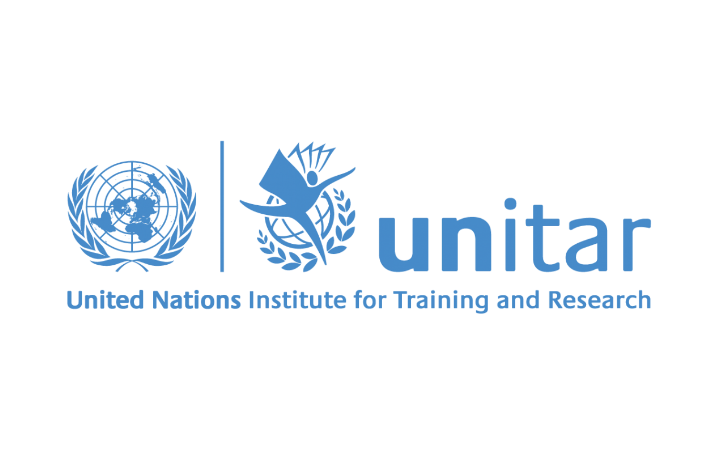 With the kind support of the Foundation pour Genève.

In partnership with The Graduate Institute Geneva and Geneva Internet Platform. 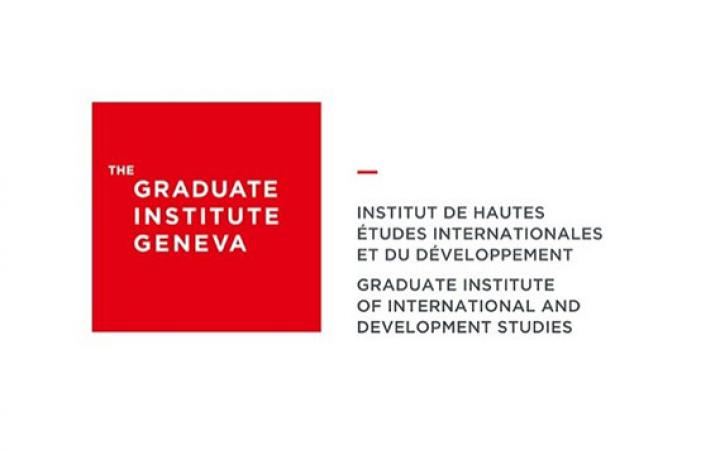 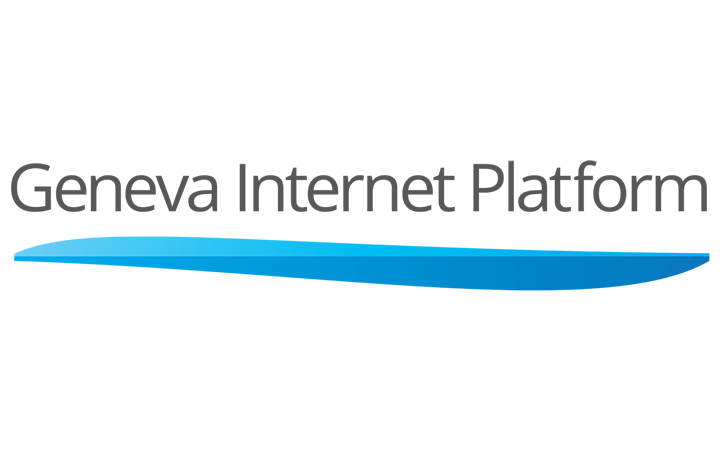 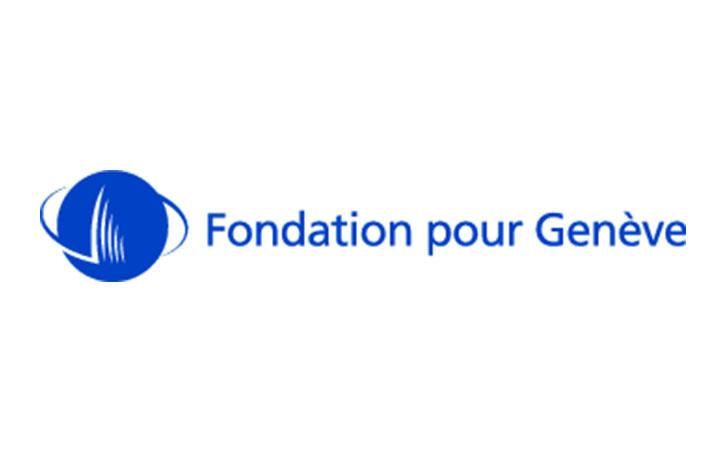 Flyer of the event