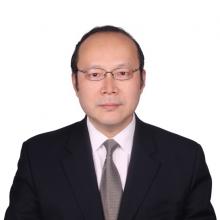 Ambassador CHEN Xu is Permanent Representative of the People's Republic of China to the United Nations Office at Geneva and other International Organizations in Switzerland. Prior to this appointment, Ambassador CHEN served as Director-General of the Department of European Affairs of the Ministry of Foreign Affairs(MFA). From 2013 to 2016, he was Ambassador of China to the Kingdom of the Netherlands, and Permanent Representative to the Organization for the Prohibition of Chemical Weapons and, from 2010 to 2012, Director-General of the Department of International Organizations and Conferences of MFA.

In previous assignments, Ambassador CHEN served as Special Advisor to the Foreign Minister, Deputy Director-General of the Foreign Affairs Office of the Government of Xinjiang Uygur Autonomous Region of China, and at the Permanent Mission of China to UN as, among others, political coordinator for Security Council affairs.