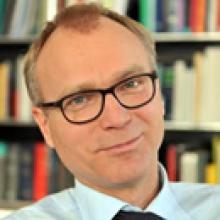 Ambassador Valentin Zellweger is Head of the Permanent Mission of Switzerland to the United Nations Office and to the other international organizations in Geneva. Until the summer of 2016, he was the head of the Directorate of International Law and Legal Advisor of the Swiss foreign Ministry.

Ambassador Zellweger served as a diplomat in Kenya and as legal advisor to the Swiss Permanent Mission to the United Nations in New York. He was representative of Switzerland in different treaty negotiations and a member of the Swiss delegation to the Rome Conference on the establishment of the International Criminal Court.