Her Seat at the Table: Women and Self-Advocacy - Columbia Law School Mediation Clinic

The training session entitled “Her Seat at the Table: Women and Self-Advocacy) is the first of three events that will provide the participants of the series with the opportunity to gain a certificate signed by the Dean of Columbia Law School, Gillian Lester , and the Executive Director of UNITAR and the United Nations Assistant Secretary-General, Mr. Nikhil Seth. 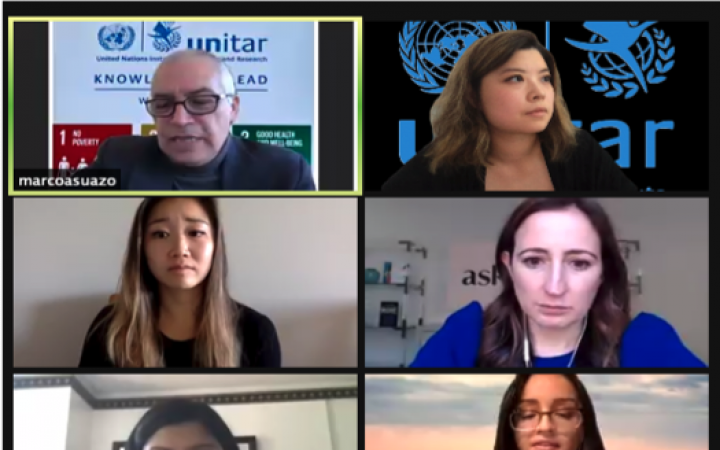 Mr. Marco Suazo welcomed all the participants to the event and introduced Professor Alexandra Carter who facilitated the event’s presentation and discussion. 110 participants attended the event. Professor Carter began by acknowledging the the importance of Gender Equality and SDG 5 in the current global situation and then continued introducing the team who leaded the discussions.

Robinson continued the discussion surrounding representation versus meaningful participation by analyzing a case study focused on Syrian women. The discussion referenced the work done by Mariam Jalabi, who helped start the Syrian Women’s Political Movement. It was discovered that there were many structural issues inherent to the negotiation process impeding meaningful participation by women, despite the physical representation being provided for them. Jalabi concludes that in order to obtain meaningful representation someone must be willing to give up their seat. 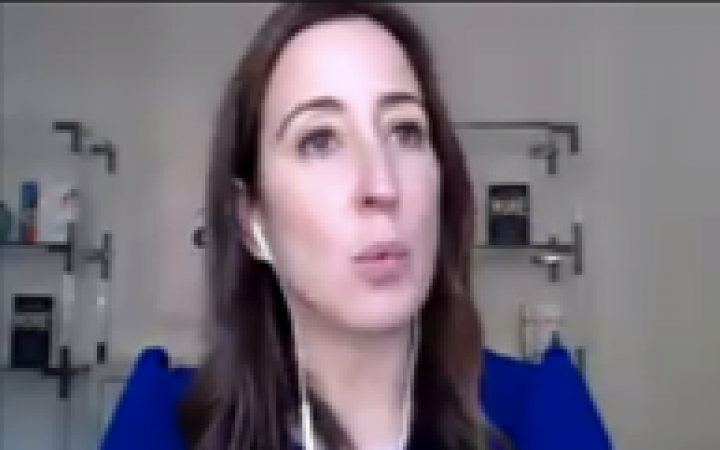 Following Robinson’s section, Erica Zou continued the discussion by focusing on why women should be included in negotiations; Zou covered both the economic theory of inclusion and the social theory of inclusion. The economic argument states that the inclusion of women results in better and longer-lasting agreements while the social argument predicates itself on how gender inclusivity is a worthy goal in and of itself.

Jeeyoon Chung continues after Zou to discuss the inclusion of women and its intersection with the United Nations. Chung breaks down Sustainable Development Goal (SDG) #5, Gender Equality, and its specific targets: which include ending discrimination and ensuring equal opportunity for leadership roles. Zou then explained how there is much work left to be done, particularly within the United Nations where women make up only 25% of the UN’s highest positions. 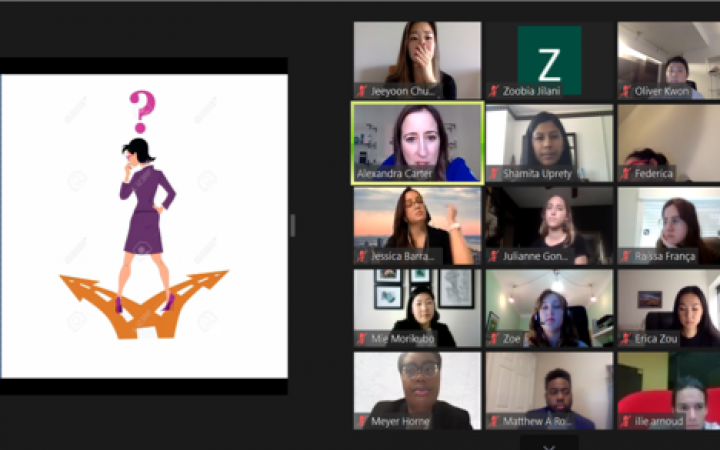 Mie Morikubo then presented on the specific barriers facing women’s full and meaningful participation; these include conceptual, structural, and practical barriers. These barriers are involved with the process of trying to secure a seat at the table, however women face further challenges when they are at the table. More specifically, these challenges can manifest through different stereotypes and standards that men and women are held to when speaking up and trying to communicate. Meyer Horne, Jessica Barragan, Oliver Kwon, and Cameron Molis then discussed strategies for gender equality; these included amplification, separating intent and impact, mirror and window questions, and allyship.

The session ended with a reflection led by Professor Carter, who also took comments and questions from participants on what had been discussed during this event. Mr. Suazo thanked the presenters and participants for attending and brought the session to a close reminding them of the upcoming events on the 18th of November and 3rd of December 2020.